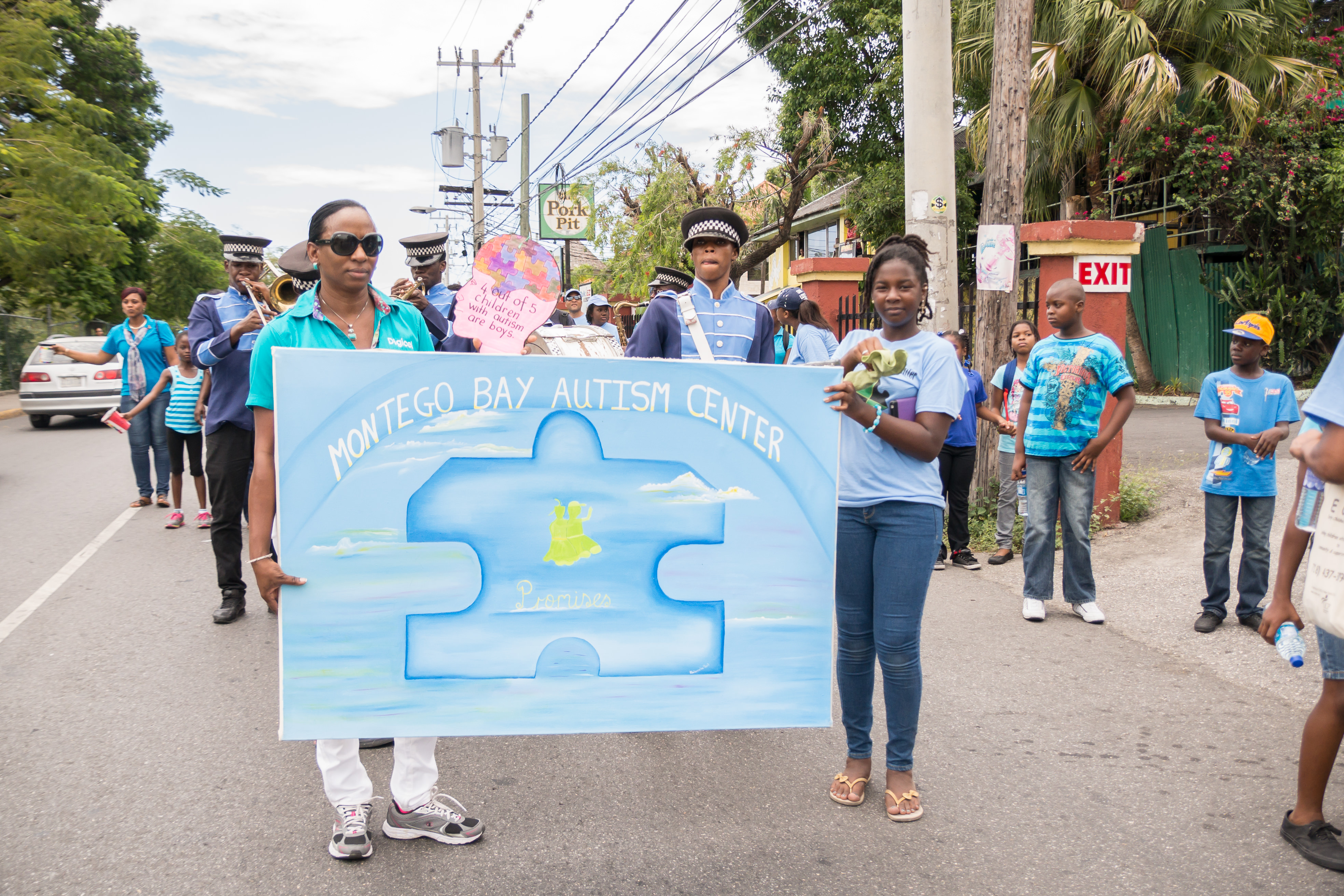 The Montego Bay Autism Centre (MBAC), in partnership with the Digicel Foundation, hosted the annual staging of its Autism Awareness Street March under the theme “Autism…different in extraordinary ways”. The March, which took place in Montego Bay on Friday, April 4, saw over 150 persons marching from Dead End Beach to Dump-up Beach in support of this very worthy initiative. Adama Blagrove, Director of the Montego Bay Autism Awareness Centre, expressed gratitude to the Digicel Foundation for collaborating on this initiative. “We have tried so hard to have the voices of our children heard, so when we found out that the Digicel Foundation was coming on board, we celebrated because we knew immediately that their involvement would help us to deliver on this very important objective. We are so excited in their vision in deciding to pay it forward and contribute to the future development of these children. This road march doesn’t stop here— it’s a lifelong journey for these children. So we’re geared up and excited about what lies ahead for this partnership!” The Montego Bay Autism Centre Street March started six years ago (April 2008) with four parents, their children and staff members from the Centre. In celebration of World Autism Month, the group met at Dump-Up Beach, prayed and released balloons. Over the years, as the Centre grew in size, so too did the March. This year’s staging saw participation from representative from the Urban Development Cooperation (UDC), Rotary Club Sunrise Montego Bay, Mega Mart, Doctor’s Cave, Jamaica Council for Persons with Disabilities (JCPD), Rainforest Seafood, Kiwanis Club and Digicel Foundation. Digicel Foundation’s CEO, Samantha Chantrelle, said she is delighted that the Foundation is able to be a part of activities geared towards improving autism awareness and greater acceptance of members of the autistic community. “Supporting autism and raising the awareness of this condition continues to be an area of immense focus for us in the Digicel Foundation and so we are very happy to be able to partner with groups across the island in helping to improve the lives of our autistic population. Seeing these children happy and being given the opportunity to develop to their full potential is a real blessing,” said Chantrelle. The Foundation has also been actively involved in drumming up awareness about autism among its staff members. In celebration of Autism Awareness day on April 2, the staff at Digicel were engaged in the ‘light it up blue’ for autism campaign, where staff members purchased blue sponge noses, taking selfies while wearing them and posting to social media. The proceeds from this activity will be used to buy tablets for autistic children of staff members. In addition to the Street March, over the past month, the Foundation also supported Surfing for Autism, held on March 29 and will partner again with JASA’s for their annual World Autism Awareness Month Concert, set to take place on Saturday, April 12. Autism is the world’s fastest growing developmental disorder. It is a lifelong disability with a normal life expectancy. Autistic children show delays or regression in speech, social skills and physical abilities. Approximately 450 autistic children are born in Jamaica each year. Early interventions, such as speech, occupational and behavioural modification and physical therapies, give children a chance at a normal life.