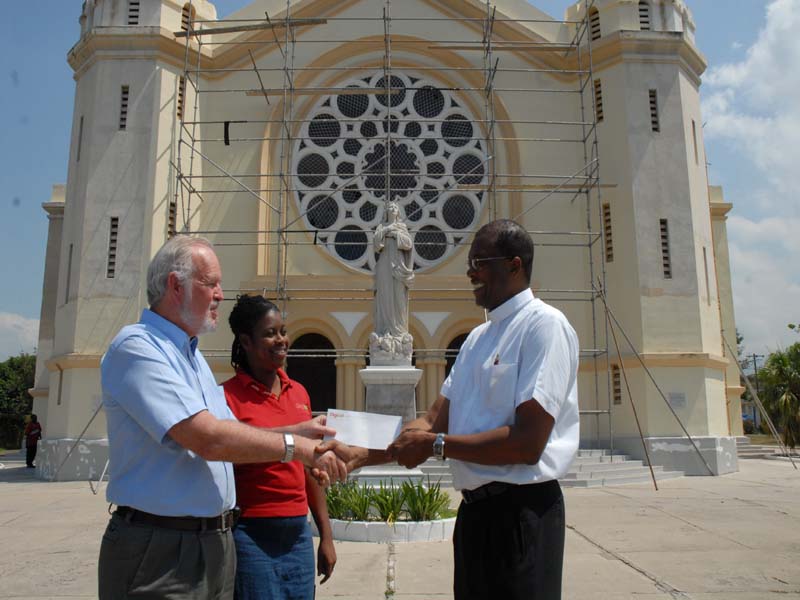 The 96-year-old Holy Trinity Cathedral has received another significant face-lift as a result of a recent donation from the Digicel Foundation. In excess of JA$ 750,000 was allocated for the painting of the exterior of the national landmark on North Street in Kingston.

Built by a Spanish Merchant in 1911, the 12,000 sq. ft. Roman Catholic Holy Trinity Cathedral replaced the Holy Trinity Church downtown, which was destroyed by the 1907 earthquake. The Cathedral has played an integral role in Jamaican society, not solely as a beacon of worship and but as a national landmark, architectural gem and monument.

Commenting on the project, Major General Robert Neish, Executive Director of the Digicel Foundation said, “The Holy Trinity Cathedral is truly one of Jamaica’s treasures. We are happy to be a part of its restoration and preservation, for the benefit of all Jamaicans for many more years to come.”


Monsignor Kenneth Richards, of the Cathedral said that "Many of Jamaica’s renowned leaders including National heroes Marcus Garvey and Alexander Bustamante, as well as former Prime Minister’s Michael Manley and Hugh Shearer were held at the Cathedral".