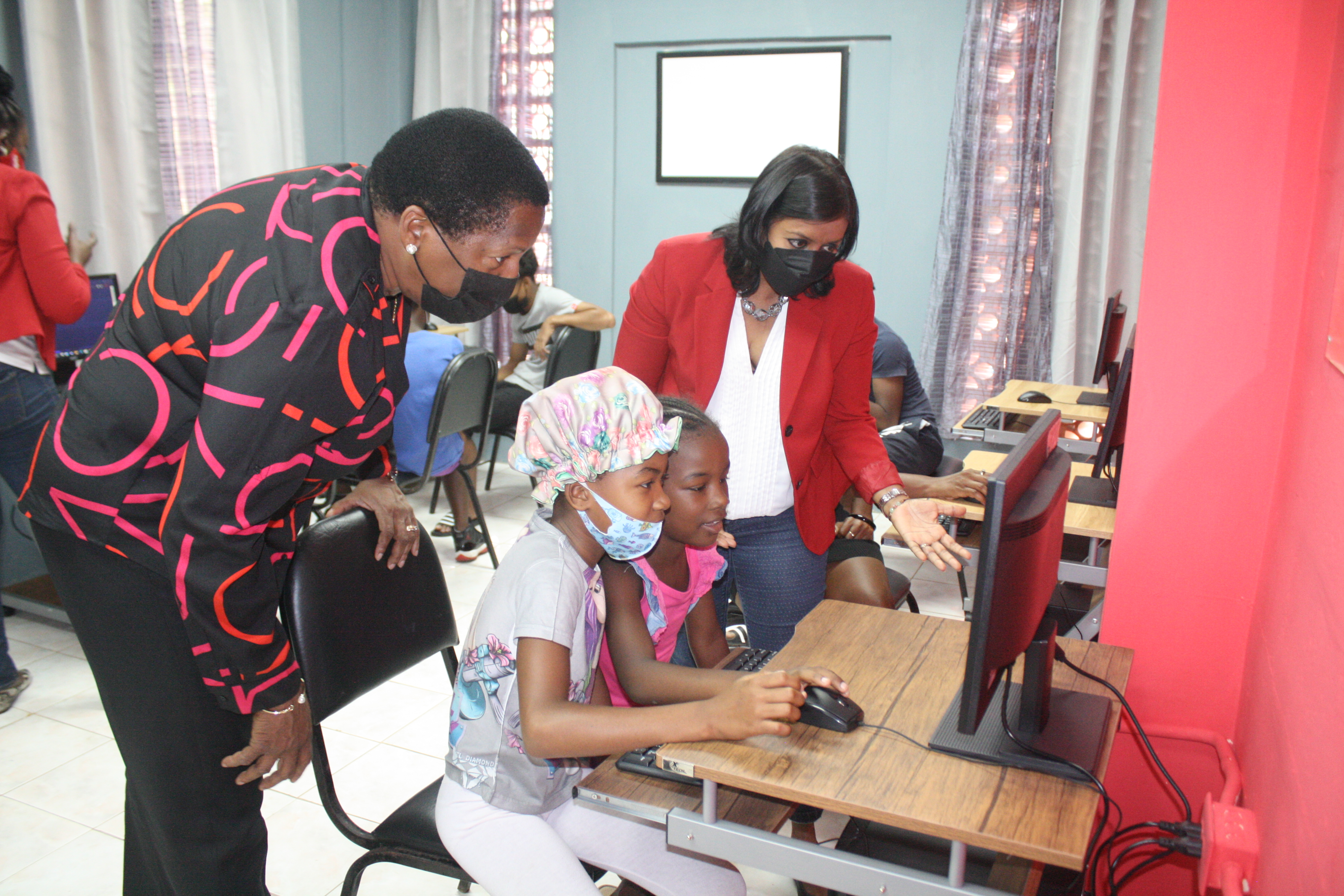 The cafés are conveniently located at the community centres.  Each space has five computers, desks, chairs, white board, and a printer. Other upgrade work was also concluded such as painting, electrical and cleaning of the facility. These projects are a result of a partnership between the Ministry of Sport and Community Development on their National Policy for Sustainable Community Development and the Digicel Foundation. Through this collaboration Digicel Foundation adopted the North Coast community to fund and implement key social impact projects.

Under its EPIC programme, the Foundation committed TT$285,741 toward four community projects - the installation of three Community Internet Cafés at the Blanchisseuse Community Centre, La Fillette Community Centre and Maracas Bay Community Centre; and the design and build of a Farmer’s Market in the North Coast.

Minister Beckles shared her excitement to see this phase of the project come to life, commended the President of the La Fillette Village Council, Mr Kevin Quintero for his perseverance in bringing the internet café to fruition and thanked the Digicel Foundation for their commitment to the North Coast Communities.

Chair of Digicel Foundation, Desha Clifford expressed how proud the Foundation is to invest TT$145,296 to the outfit of the three internet cafes, and announced that the community will receive dedicated internet service and LTE internet service for 12 months courtesy of the team at Digicel.