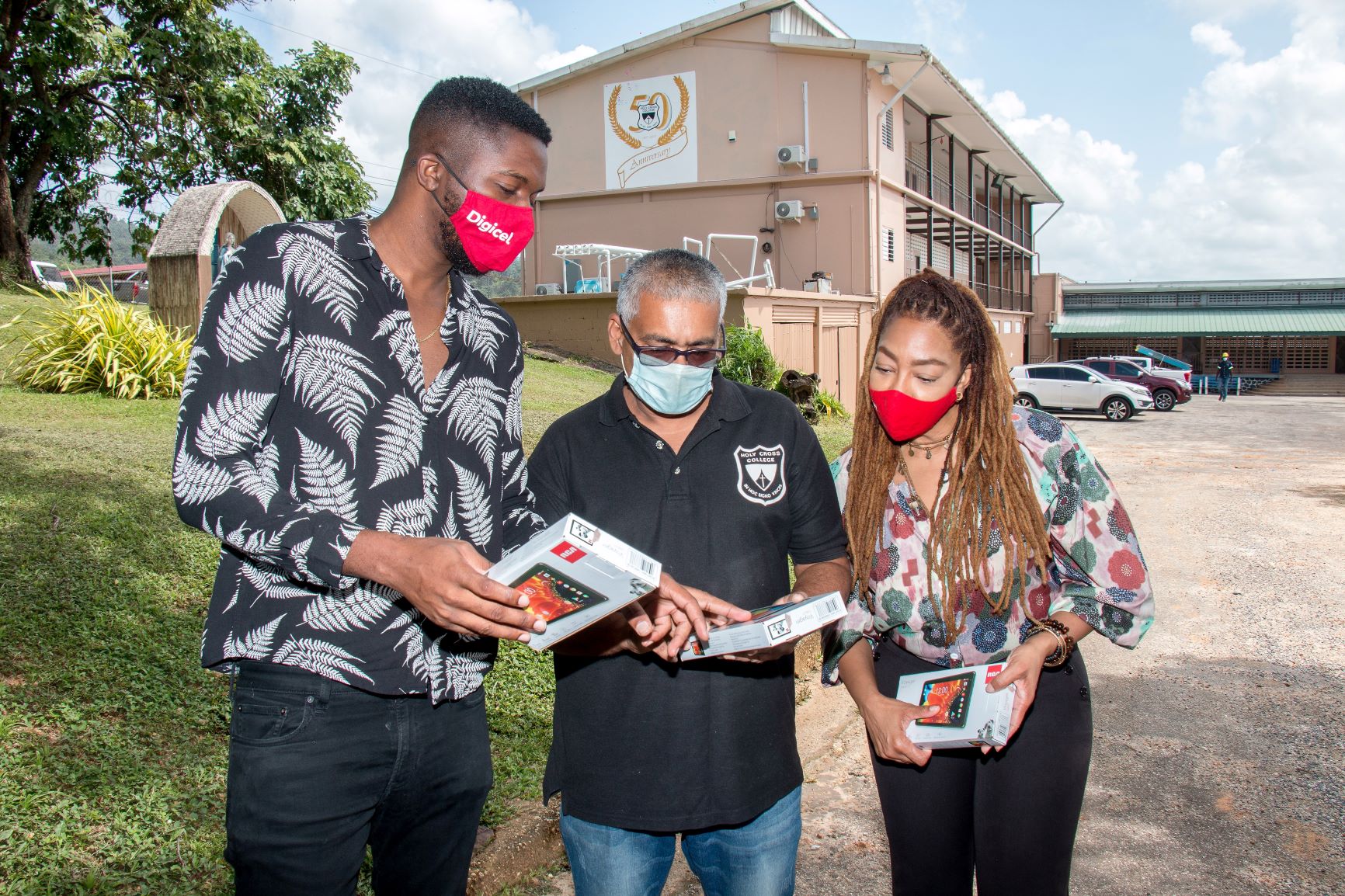 FRIDAY NOVEMBER 13, 2020: PORT OF SPAIN, TRINIDAD AND TOBAGO- Two Arima schools last Friday received tablets from the Digicel Foundation’s Connecting You programme. Holy Cross College and Memisa Centre in Arima are among the 65 mainstream and special needs schools that will be getting electronic devices from Digicel in coming months.

Young Digicel endorsee, Nesta “Sekon Sta” Boxhill, accompanied the team to Holy Cross College where they presented five tablets to Vice-Principal Anand Pattron. Sekon Sta noted that, although he is a Fatima College “Old Boy”, he was happy to be a part of the distribution process since Arima is his childhood hometown. “I’m very proud to partner with the Digicel Foundation since they always put community and customer first,” he said. Vice-Principal Pattron noted that the devices will be especially useful for preparing the Form One students for virtual learning. He singled out IT Teacher, Daniel Williams, who has been assisting with this challenging transition.

At the Memisa Centre, Principal Mrs. Ella Claxton received six devices on behalf of her students. On hand to distribute the devices was Digicel endorsee Vanessa “Nessa Preppy” John. Nessa felt nostalgic about visiting the Memisa Centre, as she recalled performing as a child at concerts for residents during Christmas time. Mrs. Claxton was full of praise for the Digicel Foundation for making sure they are never left behind. She extended her thanks to CEO of the Digicel Foundation,, Penny Gomez, who was also in attendance at the handover.

Connecting You was launched on June 26, 2020.  In Phase One, 1,095 tablets and data plans were donated to 24 special schools. In Phase Two, the Foundation will provide 620 tablets to ten special schools and 17 mainstream schools. Additionally, 15 mainstream schools will receive 200 refurbished laptops. The Digicel Foundation is working closely with the Ministry of Education and has incorporated their Connecting Programme as part of the Ministry’s Adopt-a-School Programme.