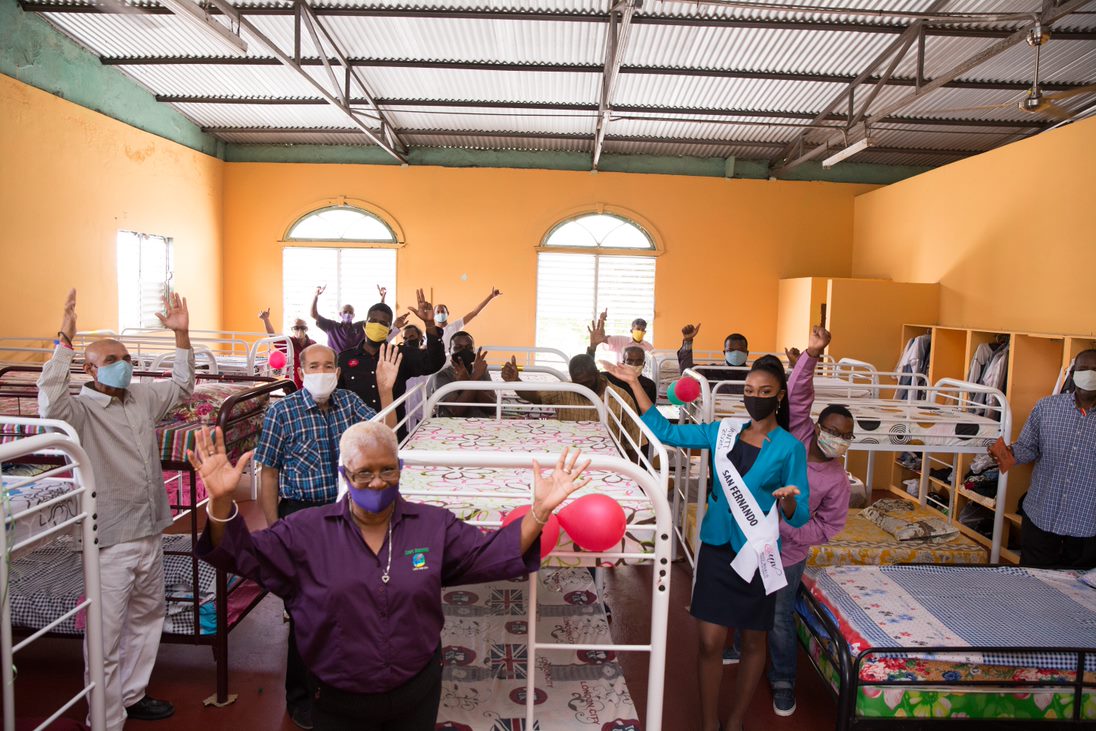 FRIDAY NOVEMBER 06, 2020: PORT OF SPAIN, TRINIDAD AND TOBAGO – San Fernando and Moruga join the list of successful EPIC partners for 2020.   Last week, the Digicel Foundation team ventured to South Trinidad to witness the completion of two EPIC projects - upgrades to Court Shamrock Centre for the Socially Displaced in San Fernando and the launch of a Community Play Park located at Santa Maria in Moruga. The projects are two of the 20 approved community partnerships that will benefit Trinbagonians this year.

Court Shamrock Centre for the Socially Displaced, proudly commemorated their 21st anniversary by the unveiling of their EPIC upgrades to the facility. Court Shamrock provides shelter and care for homeless men in San Fernando. The Digicel Foundation under its Extraordinary Projects Impacting Communities (EPIC) Programme, partnered with the NGO to complete the TT$45,000 project.  The grant funding covered the purchase of ten double decker beds, sheet sets, pillows, painting of the client dormitories, construction of cupboards and repair work on the staircase.

Gloria Coombs, Manager of the Centre expressed immense gratitude to the Corporate NGO stating that the funding received helped complete the work and gave the resident dorms an appealing presence that they are all proud of.

President of the 14 ¼ mile Penal Rock Road Moruga Community Council, Lester Guevarro was also overflowing with gratitude for the support from the Digicel Foundation. He said that, “Moruga is always a forgotten community so when we were told by Digicel Foundation we will be receiving funding for the Play Park we were extremely happy.”

The Council utilised their TT$32,000 to purchase three swing sets, a see-saw, monkey bar and construct a children’s play house. The ‘EPIC Community Play Park’ has transformed the community and provides a safe, recreational space for the children in the community.

Bringing remarks on behalf of the Digicel Foundation was, Alicia Hospedales- Strategic Partnership Officer who indicated that, “EPIC takes a bottom up approach when it comes to community development, particularly since you decide what is best for your community, we are just happy to be part of the transformation.”