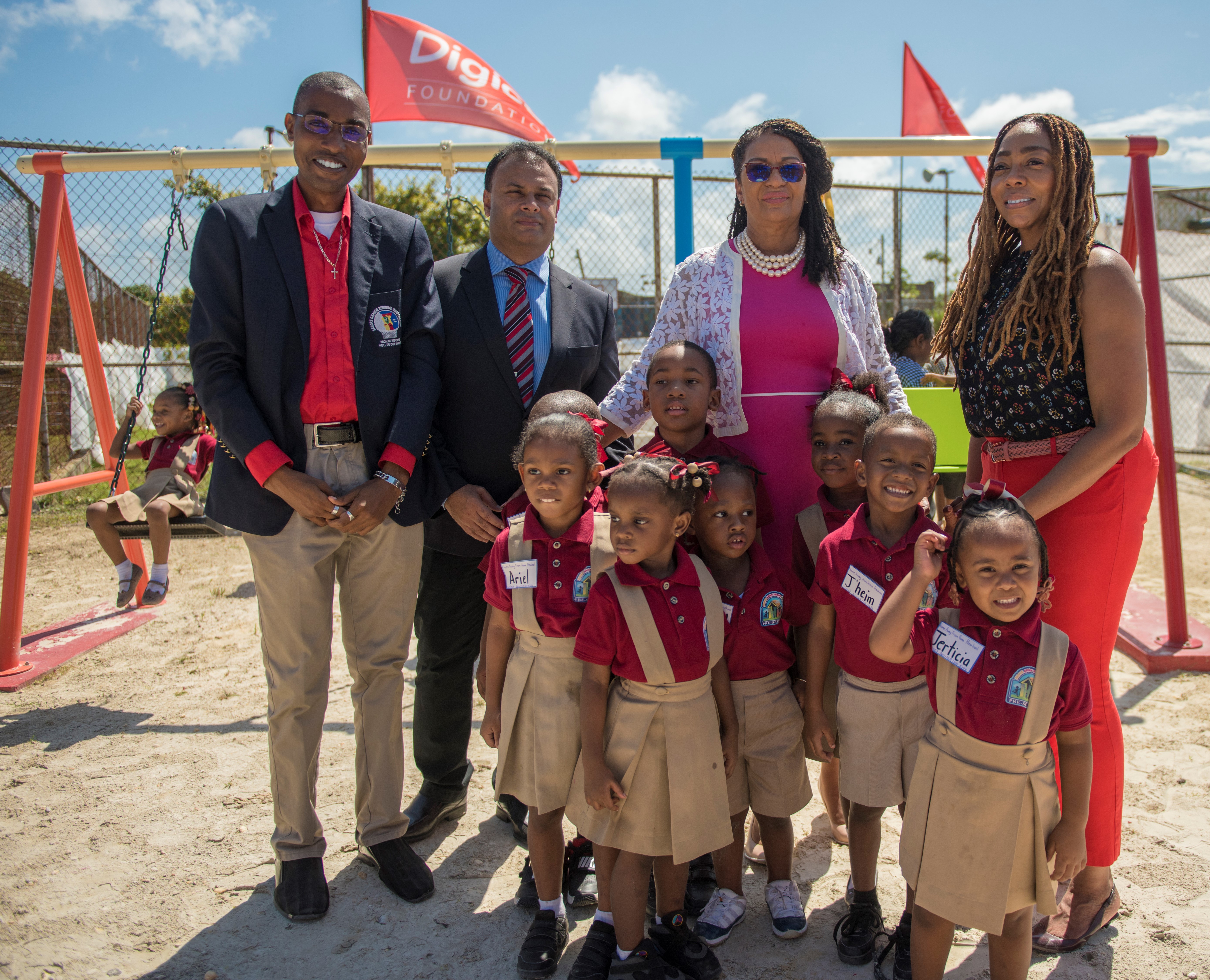 FRIDAY FEBRUARY 7, 2020:  PORT OF SPAIN, TRINIDAD AND TOBAGO – Community-based Organisations (CBOs) across Trinidad and Tobago are taking matters into their hands as it relates to enhancing their communities through implementation of small to medium sized projects.

Recognising the need for a Play Park in the area, the Office of the Councillor for Sangre Grande North East, under the leadership of Councillor Paul Mongolas, partnered with the Digicel Foundation to make the dream into a reality. The group received US$4,523 to purchase and install equipment for a Play Park under Digicel Foundation’s Extraordinary Projects Impacting Communities (EPIC) small grant initiative.

Paul Mongolas Councillor for the Sangre Grande North East said, “Because of the Digicel Foundation the residents of Ojoe Road and environs finally have a free space for their children to enjoy while their parents utilise the basketball court and grounds.”

Digicel Foundation CEO Penny Gomez thanked the Office of the Councillor for their persistence to excel. She said “We don’t just give cheques and take photos.  We are here with you in the trenches helping to resolve challenges and providing any guidance you may need.”

The Play Park at the Marlay Oval was the last of the nineteen projects funded through EPIC.

EPIC was launched in 2015 and focuses on empowering community based organisations to execute initiatives that have the potential to improve indoor or outdoor spaces. To date the Digicel Foundation has invested US$386,916.98 in EPIC, impacting over 31,000 persons in Trinidad and Tobago.