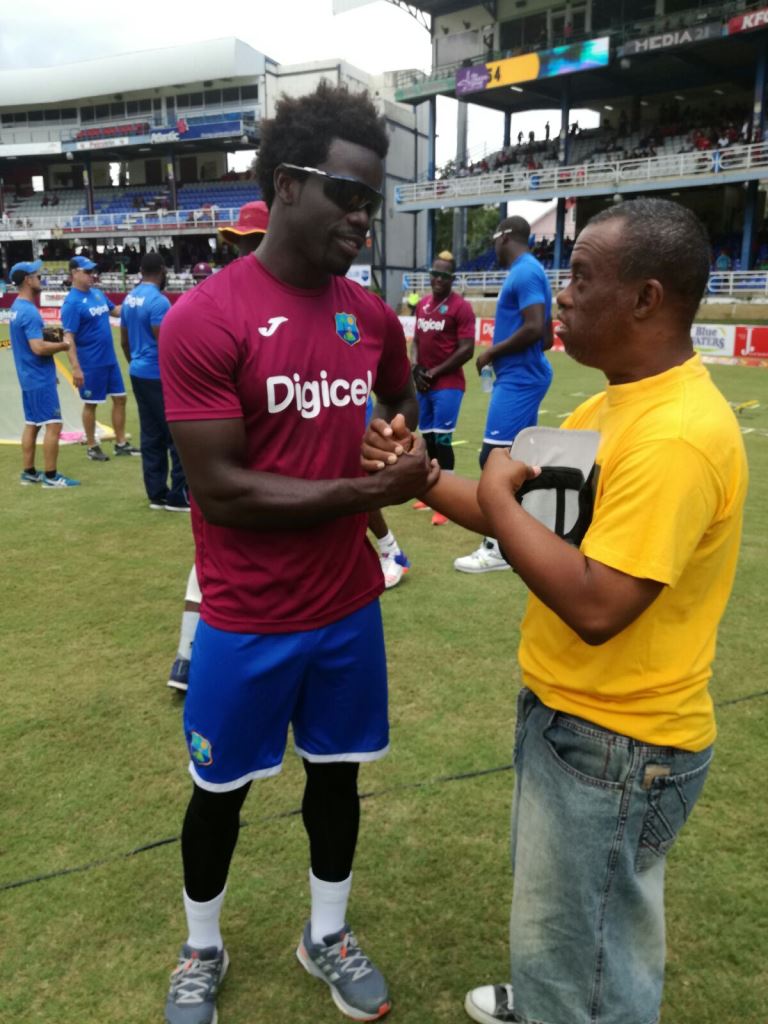 As the excitement rises in anticipation of the upcoming West Indies vs Pakistan T-20 games, members of the National Special Olympics team were also in on the action at the Queens Park Oval.

In addition to getting tickets to watch the games, the Special Olympics team also had an exclusive meet and greet session with the cricketers just ahead of the first game on 30th March. The other two matches will be played on Saturday 1st April and Sunday 2nd April.

“Digicel has been supporting the Special Olympics team since 2004 and we are so proud of all their achievements despite what others may look at as obstacles. We know a lot of their other counterparts are performing at the Special Olympics World Games in Austria and we’re happy to be doing this for the cricket teams to show them how much we appreciate them,” said Anjaana Downes, Senior Project Officer at the Digicel Foundation.

Digicel customers and cricket fans will also be able to get in on the action inside the stadium. To secure their seats, customers can simply download both the My Digicel and d’Music apps, purchase a 30-day Quick Pick bundle through the My Digicel or pay any postpaid bill.

d’Music is Digicel’s latest entertainment app that allows customers to stream music from an extensive playlist of over 20 million songs across all genres - including the very best local, regional and international selections.  Meanwhile, the My Digicel app is free to use and allows customers to purchase data plans, check their data and credit balances, track their data usage and activate plans – all without using a single MB of their data allowance.

The West Indies/Pakistan tour runs from 26th March to 14th May and will also see games being played in Barbados, Dominica, Guyana and Jamaica in addition to Trinidad and Tobago.