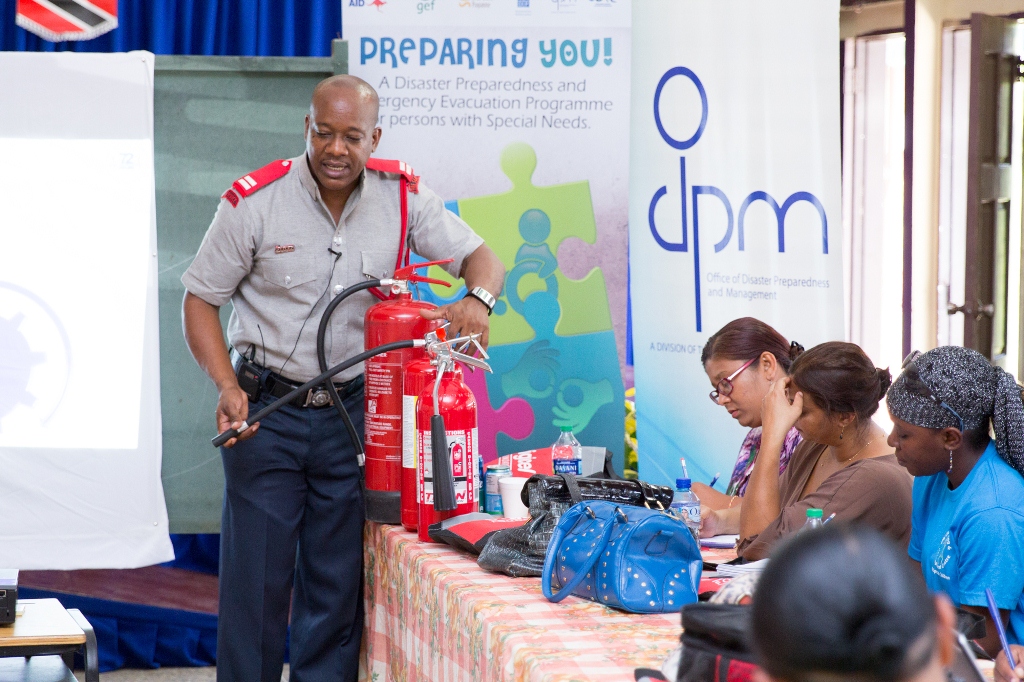 Children with special needs are now fully equipped to protect themselves in the event of a natural disaster. This as the Office of Disaster Preparedness and Management (ODPM) has made available 480 First Aid and CORE Disaster Preparedness Kits during a handover ceremony on Monday April 25. The kits will be distributed to children with special needs who participated in the joint educational project ‘Preparing You!’ spearheaded by the Digicel Foundation.

Under the ‘Preparing You!’ project launched last June by the Digicel Foundation and implemented in conjunction with the ODPM, teachers and children from five special schools learned about disaster preparedness. As a further security measure, within the coming weeks, safety contractors will begin work to upgrade the safety infrastructure of the special schools involved in this project. Once the schools have been upgraded, the students will benefit from full dress rehearsal drills to better prepare them in case of emergency.

The ODPM team will also create a database for all the schools involved in the project - Lady Hochoy Schools in Penal and Gasparillo; Servol Happy Venture in San Fernando; Pointe-a-Pierre Special School and Rio Claro Learning and Development Centre.

The ‘Preparing You!’ project was co-funded by the Global Environment Facility (GEF) Small Grants Programme (SGP) which is implemented by the United Nations Development Programme (UNDP).