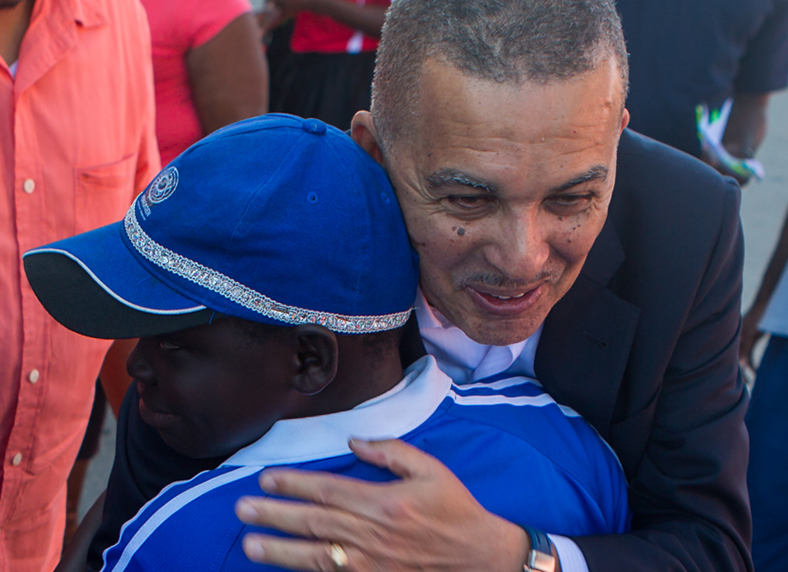 Families, friends, volunteers, board members and well-wishers turned out in their numbers for the Opening Ceremony of the 34th Special Olympics National Games on Saturday March 12.

Held at the Jean Pierre Complex, the ceremony was attended by His Excellency Anthony Carmona, President of the Republic of Trinidad and Tobago and the Honourable Darryl Smith, Minister of Sports and Youth Affairs. Also making an appearance were Brian Lewis, President of the T&T Olympic Committee and local soca artiste 5 Star Akil who showed full support to the athletes.

Penny Gomez, CEO Digicel Foundation in addressing the crowd stated ‘Every year it gives us sincere satisfaction, fun and pride to be a part of such an amazing event. Last year, our contingent to the World Games, of 64 athletes and 20 coaches returned with 49 gold, silver and bronze medals along with numerous participation ribbons. It is an accomplishment that has made Trinidad and Tobago extremely proud and is a true testament to the importance of these very games that are hosted nationally every year.’

The Minister in his remarks to the audience related his experience at the Floor Hockey National Games last year, praised the skills and determination of the athletes at that event and pledged support of the Ministry going forward.

In delivering the feature address, the President reminded the audience that, ‘we must remember that these athletes are special and not in the way we think they are. They show greater love than even the most able-bodied persons and deserve our love and respect.’

His Excellency also thanked the families for their constant support of the athletes and encouraged them to continue.

The athletes then went off to compete in their respective disciples which included Athletics, Aquatics, Basketball, Bocce, Equestrian, Football, Powerlifting and Volleyball.