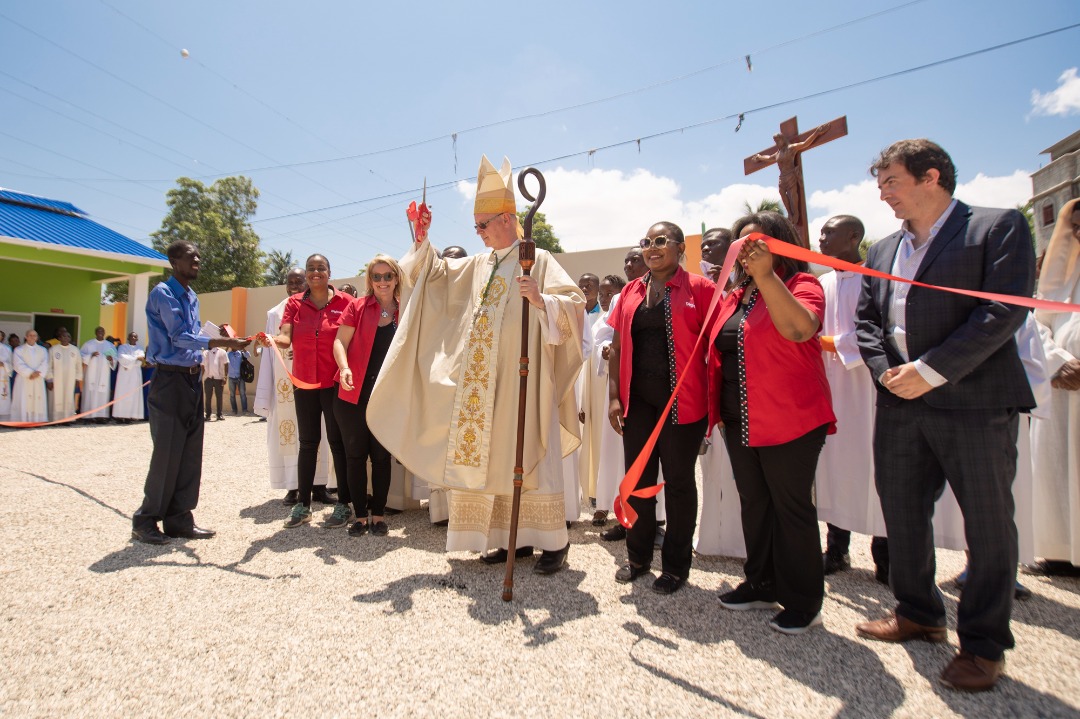 April 29, 2019, Port-au-Prince, Haiti - The Digicel Foundation officially opened the Collège Saint Louis Marie de Monfort at Delmas 31 in the department of Ouest on Sunday April 29; it is managed by the Compagnie de Marie, a religious congregation established in the area in 1999.

This educational establishment is the 178th built by the Digicel Foundation since its beginning in 2007 and the 32nd in the metropolitan region. The school has seven classrooms, an administrative block, a sanitary facility, and a cafeteria to accommodate 350 students in the third elementary cycle and in the secondary level, who had been attending classes in a building that had been severely damaged by the earthquake.

This ceremony was very special because the congregation today celebrates 20 years of existence in Haiti. For the occasion, hundreds of neighbors participated at a mass in the St Louis Marie de Monfort parish celebrated by the Papal Nuncio accompanied by 20 priests. After the mass, the congregation and all the guests went to the school in procession to cut the ribbon and to bless the premises.

In addition, the second edition of the Konbit Pou Chanjman campaign ended on April 4, and 16 projects emerged as big winners. They received financing of 800,000 gourdes each for their projects and will get started in the course of the month of May.

Following the success of the first two editions of the campaign, the Board of Directors of the Foundation decided to run the campaign again. The kickoff of the third edition is set for next May 22.

"We are very happy to provide an earthquake-resistant school building to a new community to allow its students to be more at ease regarding their safety and thus more inclined to learn. In addition, we are eager to discover the new applications we will receive in the course of the third edition of the Konbit pou Chanjman campaign and we wish great success to the new applicants. We again congratulate the organizations who won the second edition and we are eager to visit them to see the impact of their projects on their communities," declared Mrs. Sophia Stransky, Executive Director of the Digicel Foundation.