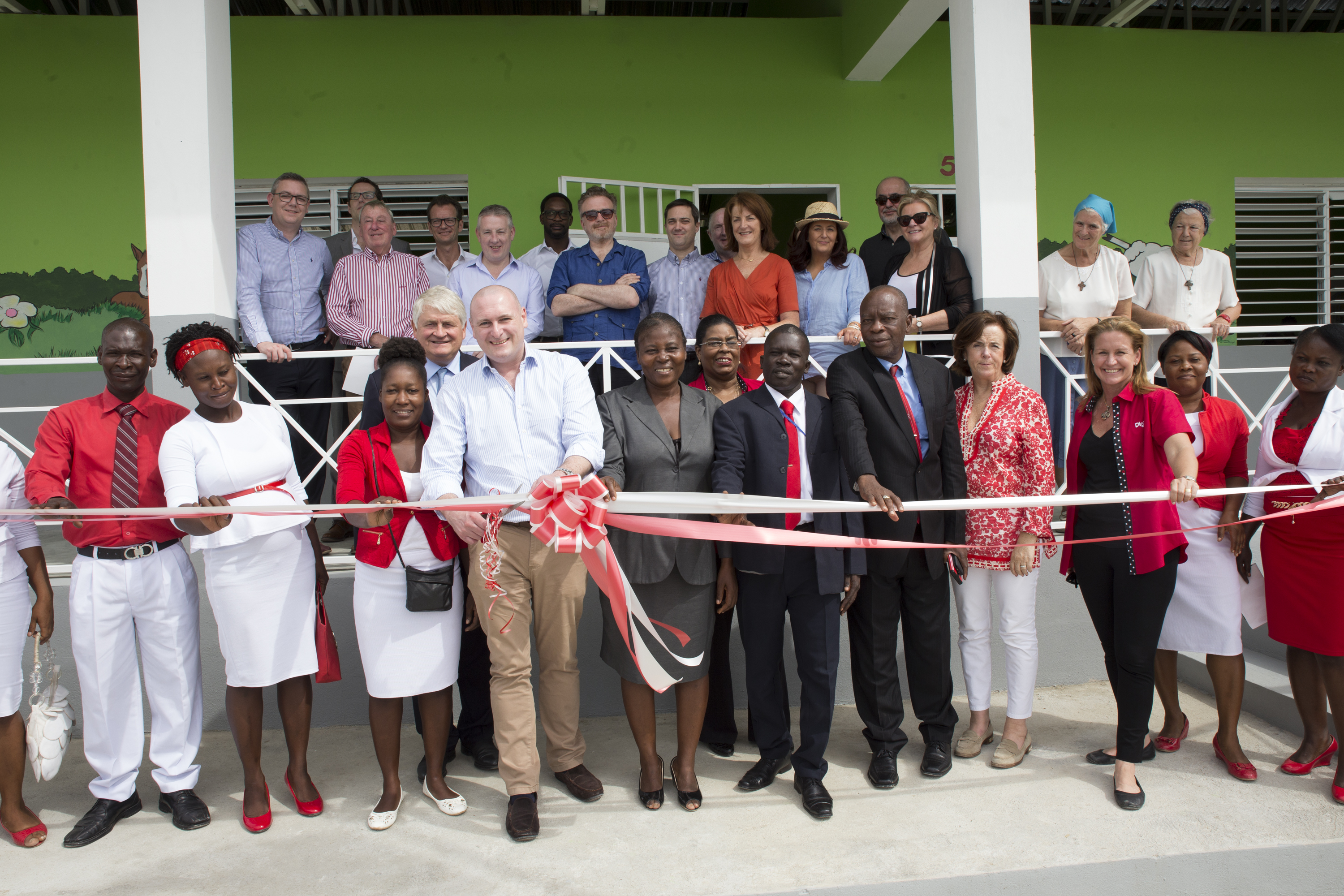 Monday January 22, 2018, Port-au-Prince, Haiti - The Digicel Foundation today opened the Ecole Nationale PJ Mara de Jolivert, located in the village of Bassin Bleu in the department of Nord-Ouest. Mr. Denis O'Brien, the Foundation’s Founder, was in attendance, as well as various local authorities, including the Departmental Director of National Education, Mr. Yves Félizaire. This school is a special project dedicated to the memory of Mr. Patrick James Mara, member of the Board of Directors of Digicel Group, who passed away in 2016.

Founded in July 2011, this school, which used to be housed in a makeshift shelter, now occupies a new building constructed according to earthquake-resistant and hurricane-resistant standards. It has 11 classrooms capable of accommodating over 400 students, an administrative wing, computer lab, library, playground, kitchen, and storeroom in addition to sanitary facilities. This institution is the 174th school built by the Foundation since its inception; it serves the community of Jolivert, which previously had no educational establishment that met international building standards. With the addition of this institution, the number of students attending a school built by the Foundation now totals more than 60,000.

Firmly believing that agriculture constitutes one of the developmental pillars of a country, the Foundation, in collaboration with the school Director, Mrs. Loutte Yvette, set up a “School Garden” program to raise awareness and involve students in national food production. Starting in pre-school, the students learn how to plant vegetables and fruits, grow them, and proceed to harvest their production. A portion of the production will be used for the school cafeteria and the rest will be sold by the school administration, with the revenue serving to sustain the school.

“We are happy to be able to offer this new school to the department of Nord-Ouest, which already has 12 schools built by the Foundation. We are confident that it will train many future leaders and will contribute to the development of Bassin Bleu,” declared Mrs. Josefa Gauthier, Non-Executive President of the Digicel Foundation.

In addition, the community project campaign “Konbit Pou Chanjman” (Come Together for Change), launched in March 2017 on the 10th anniversary celebration of the Digicel Foundation, is now in its final phase. Over 300 project applications were received last June and about sixty in the ten departments of the country were visited during the latter part of 2017. Twenty projects have been selected for the grand finale that will take place in March 2018, when 10 organizations chosen by the jury will receive a grant of 10,000 US dollars each to fund their projects.