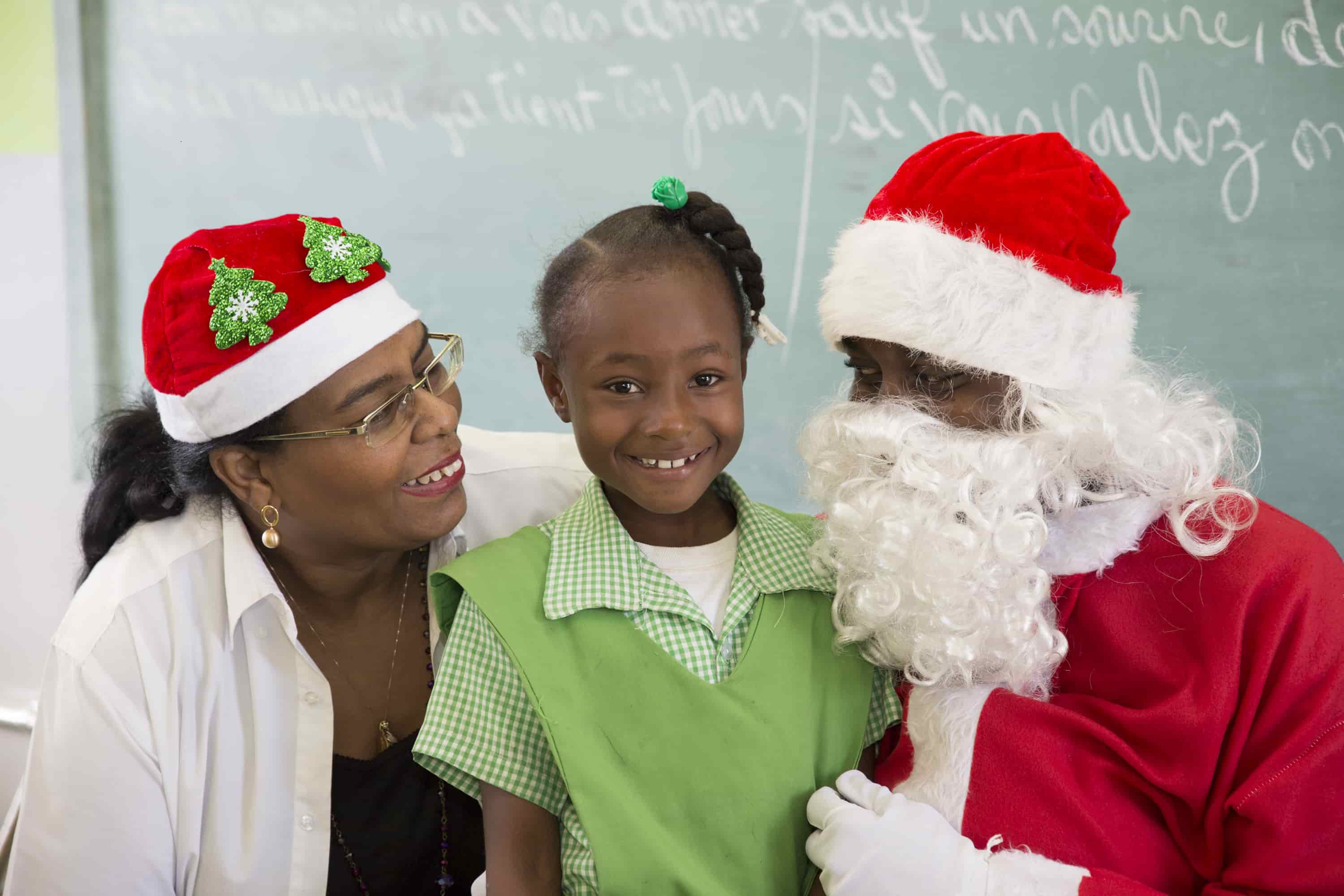 Thursday, December 21, 2017, Port-au-Prince, Haiti - On December 8, 2017, the Digicel Foundation launched its Christmas campaign aimed at collecting funds to buy and distribute Christmas gifts to more than 3,000 students who attend ten of its schools.

Every year, and thanks to the generosity of Digicel employees who, as always, contribute lots of enthusiasm and love, the Foundation celebrates Christmas with thousands of children throughout the national territory. As of today, it has distributed over 15,000 toys in more than sixty of the schools it has built.

Throughout 2017, a  number of events were held to celebrate the 10-year anniversary of the Foundation in Haiti. In this same festive spirit, the toy drive called “Ba Yo Kado” was organized in partnership with NuTv and Atis Panch, which gave Digicel employees the opportunity to choose gifts for children based on wish lists that the children had written.

Once purchased, the toys were sent to various regions of ten departments such as: Marfrand in the Grande Anse, Jean Rabel in the Nord-Ouest and Côte de fer in the Sud-Est, to cite just a few. Employees of regional Digicel offices will distribute these gifts to the children throughout the month of December.

With Santa Claus in attendance, the Foundation employees held a special distribution on Friday, December 15, at the Ecole Communautaire ANC in Grande Savanne, where the Foundation was overjoyed to be able to make all these children smile, children who do not receive much attention during the holiday season. “The Foundation would like to thank all who contributed in any way to accomplishing so many projects since the kickoff, and we take this opportunity to wish a Merry Christmas 2017 and a happy and prosperous New Year 2018 to all Haitian communities”, said Sophia Stransky, Executive Director of the Foundation.