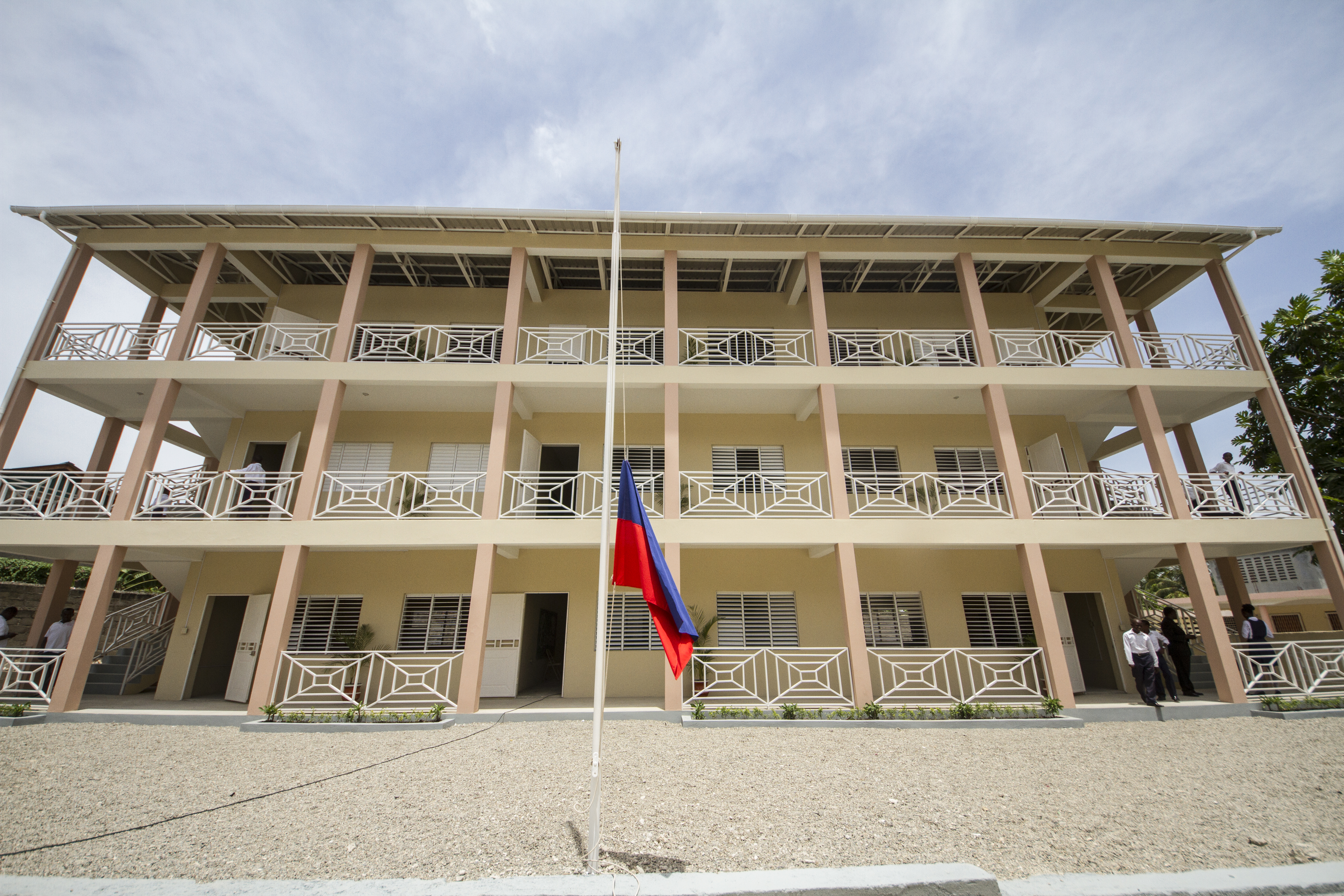 Thursday, July 24th, 2014 - Port-au-Prince - HAITI: Resolutely focused towards its commitment to build 150 schools in Haiti by September 2014, the Digicel Haiti Foundation is accelerating its efforts to get there. It is with great enthusiasm that the Digicel Foundation has announced that, in three weeks, it has opened seven new schools in the department of the Center, the North and the North-east. With the openings of the schools: Institution de Formation Educative de Bois Tombe (Fond Verette), Ecole Communautaire Mixte St Esprit de Colladère (Colladère) Institution St Francois Xavier (Ouanaminthe), Lyc é e National Romulus de Grand bassin (Terrier Rouge), Ecole Nationale Laporte (Acul du Nord), Collège marie Auxiliatrice (Cap Haïtien), Ecole National de Colombier(Savanette), about 2,500 new students will receive instruction in a modern and safe environment. Inaugurations of schools are often an occasion for great celebrations in the beneficiary communities because most often these schools were functioning in a very critical condition and new constructions makes a difference in the communities. From now on, more than 45,000 students daily attend a school built by the Foundation; they will be 50,000 by September, at the end of this construction program”. The Digicel Foundation once again reiterates its commitment to work every day tirelessly to continue to contribute in improving the quality of education offered in Haiti. About the Digicel Foundation Launched on March 5th, 2007 in Thomazeau, the Digicel Haiti Foundation, a nonprofit organization, has chosen education as a priority sector. Through this program and its various partnerships, more than 36,000 students daily attend one of the schools built by the Digicel Foundation through Haiti. The Foundation is governed by a Board of Directors of 11 members. For more information on the Digicel Foundation, please visit www.fondationdigicelhaiti.org or our Facebook page: FONDATION Digicel.   Contact: Marckens Armony Project & PR Manager marmony@digicelgroup.com Telephone : 3700-7062