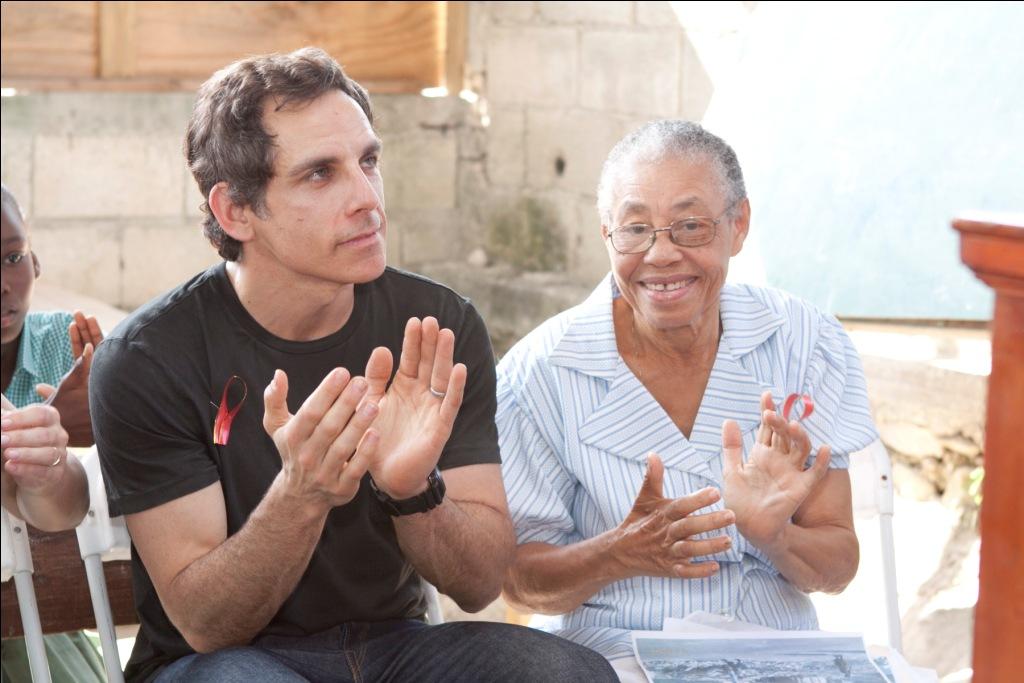 Port-au-Prince, Haiti, December 10, 2011-- Ben Stiller’s philanthropic organization, the Stiller Foundation has announced a partnership with the Digicel Foundation to build schools in Haiti to help support the country’s education system. Over the next 12 months, the two foundations will build eight schools together across the country. The Stiller Foundation has been working to rebuild schools after the January 2010 earthquake in Haiti. “I am heartened by the progress we’ve made and am now thrilled to be partnering with the Digicel Foundation, which has made such an outstanding contribution to the country.” Ben Stiller said. “There is still a lot of work to be done and we are pleased that our efforts will help get more Haitian children back in school.” The Stiller Foundation’s primary mission is to promote the education and well-being of children through initiatives that develop and support high-quality schools. Inspired by his first visit to Haiti in 2009, Stiller began a unique fundraising campaign, “Stillerstrong,” which raised more than $300,000 for school construction. Stiller expanded his commitment to Haiti in 2010 and has been supporting the reconstruction of schools after the earthquake. Two of these schools will be completed and serving over 600 primary and secondary students by the end of this calendar year. The Digicel Foundation, founded by Denis O’Brien, Chairman of cellphone operator Digicel Group, has supported education projects in Haiti since 2007. The Digicel Foundation has built 70 schools across the country and plans to build another 80, mostly in rural areas. The Foundation has also focused on improving education quality in the past through teacher training initiatives. “I am thrilled that the Digicel Foundation is partnering with the Stiller Foundation, which has shown exceptional commitment to education in Haiti.  We are delighted that Ben and his organization are lending such huge support to our mission to build 80 more schools in Haiti over the next two years.  The Stiller Foundation is a great example of how to do it right in Haiti and we could not wish for more in a partner.  We are eager to get started on delivering quality, safe educational environments for the 3,000 children who will benefit from our joint efforts in the 12 months,” said Denis O’Brien. Over half of Haiti’s school age children do not attend primary school. On January 12, 2010 a 7.0 magnitude earthquake struck Haiti, damaging or destroying 4,000 schools in and around the capital of Port-au-Prince.