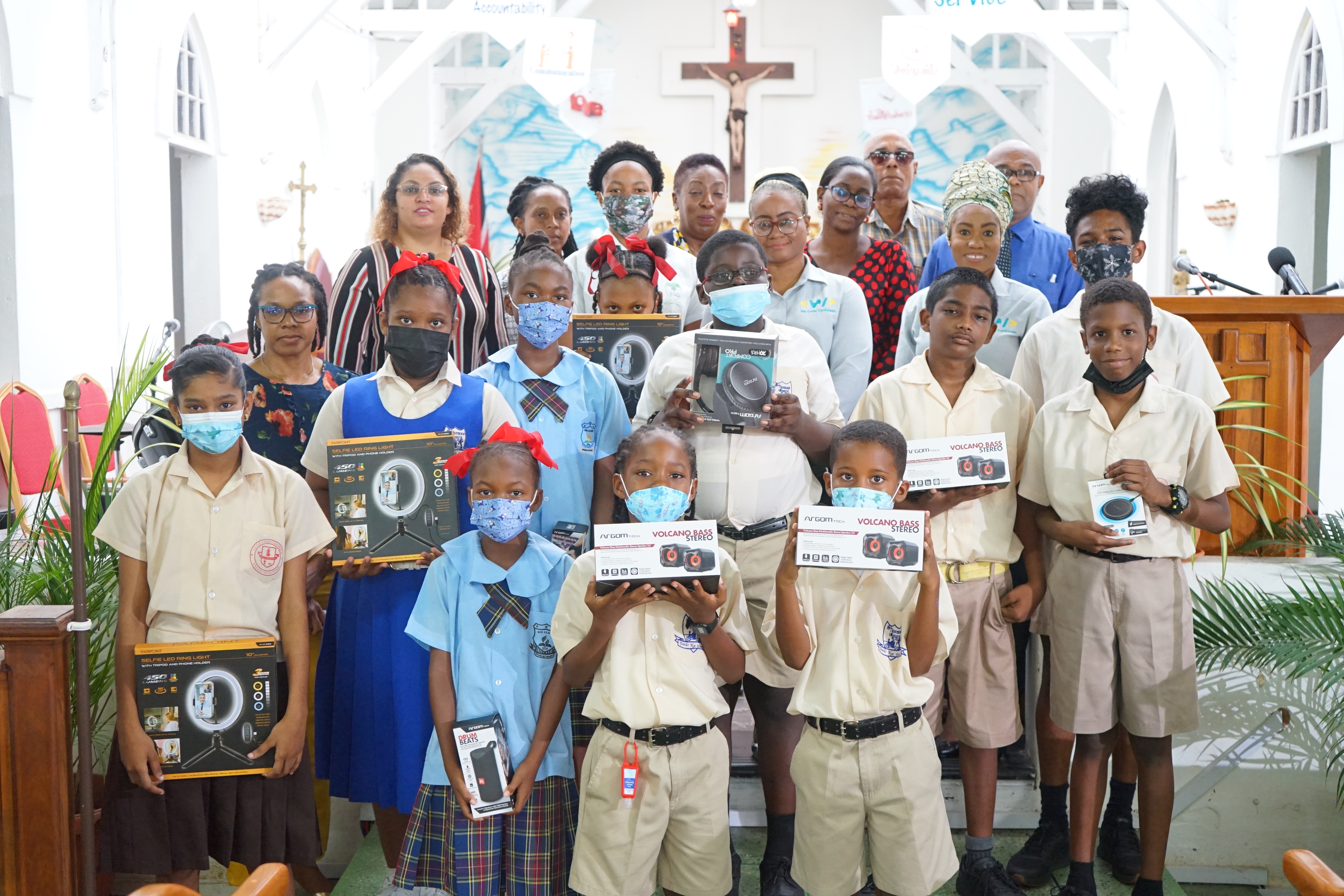 THURSDAY OCTOBER 20, 2022: PORT OF SPAIN, TRINIDAD AND TOBAGO- The five week Digicel Foundation Caribbean Code + Programme which was launched on July 18 was recently wrapped up with a prize giving ceremony for students who participated in the camp.  Outstanding students from participating primary schools in both Trinidad and Tobago received tokens at the ceremony.

Through a partnership with We CODE Caribbean, ‘The Digicel Foundation Caribbean Code + Programme’ was launched as pilot programme to introduce and teach coding and programming skills to 300 primary school students in Trinidad and Tobago.  The twenty-four participating schools were situated in rural areas of Trinidad and Tobago.

Principal Roger Sirju from St Christopher’s AC School who was on hand at the prize giving ceremony encouraged students who were not amongst prize recipients to still harness the knowledge and skills gained and tell their parents about the exciting and unique opportunity that they had to learn to code.  Mr. Sirju shared that in spite of the challenges faced by the school, it did not deter him from ensuring that the students were prepared and able to be present to benefit from the opportunity.

A young coder from Mayaro received her token on behalf of the school team.  The team from Mayaro did an exceptional job and created a Robot Car utilizing the training that they received. Over the camp period students were shown how to build code using a connecting cable from the car to the computer, they also had the opportunity to assemble the car which included electronic elements.

Digicel Foundation Director Bibi Mohamed – Singh expressed the Foundation’s pleasure on the partnership and the project; “Coding is the way of the future, ensuring that this digital experience is available to students from rural underserved communities aligns closely with the Foundation’s mandate that no one should be left behind.”

The coding camp was definitely a highlight for the young participants and is proof that more investment is needed for youth to develop these very relevant skills.