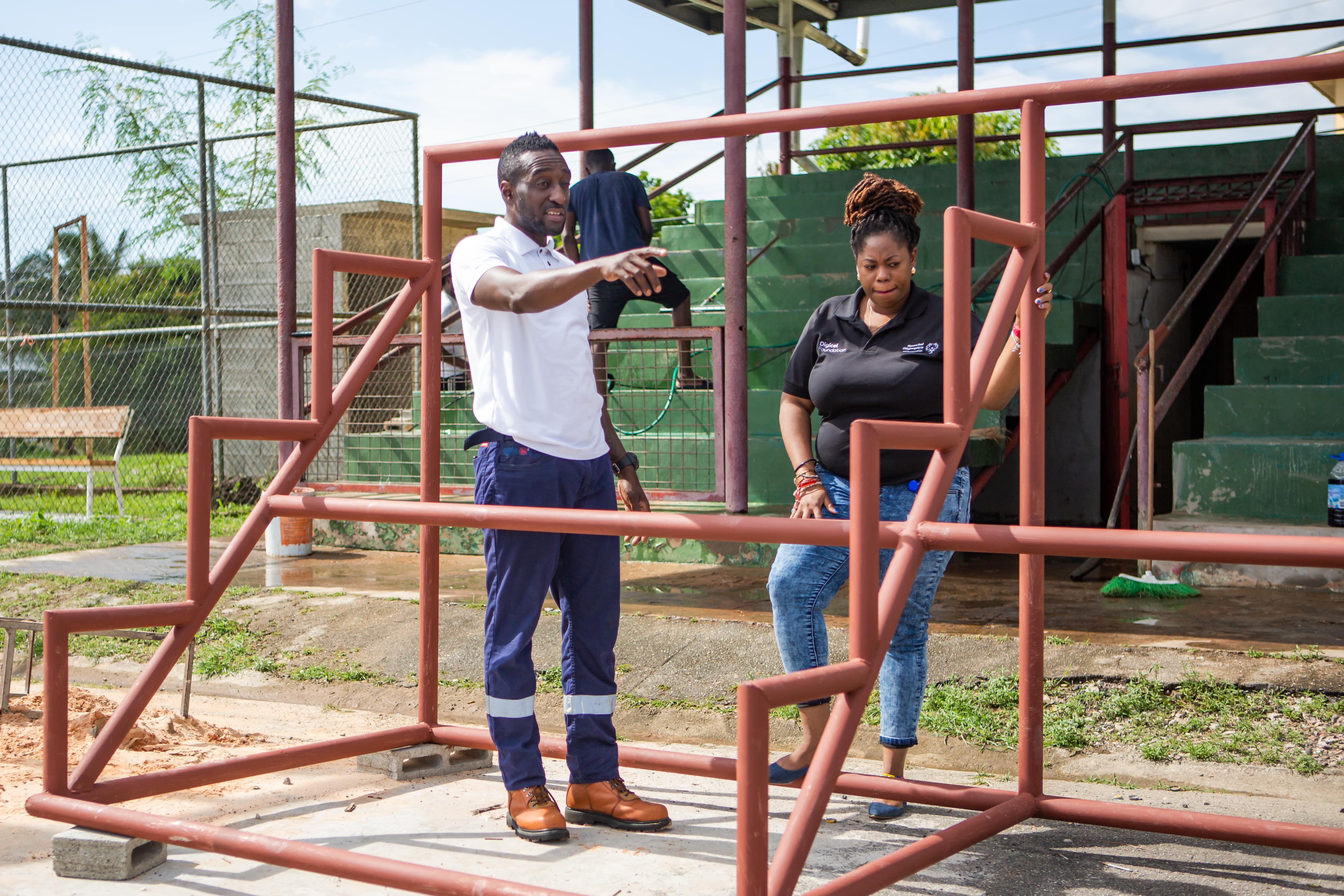 THURSDAY OCTOBER 06, 2022: PORT OF SPAIN, TRINIDAD AND TOBAGO- The Delhi Road Recreational Grounds, Fyzabad will soon be ready for residents and other sporting groups from the community to host their regular recreational activities. This is as a result of a collaborative effort between Fyzo Starzzz and the Digicel Foundation. The group is among 10 partners that received TT$100,000 this year to implement an EPIC project.

Fyzo Starzzz is a registered non-profit sporting group that is using its EPIC grant to refurbish the Delhi Road Recreational Grounds. Upgrades to the facility include tiling and painting of bathrooms, cleaning and upgrading pavilion, construction of outdoor toilet and shower facilities, painting lines on netball and basketball courts, replacement of nets and backboards, back filling of grounds and repairing of bleachers.

In a mere three weeks, the group has managed to complete about 85% of the work while managing funds and rallying support from the rest of the community. Digicel Foundation Operations Manager- Cindyann Currency visited Fyzabad for a site visit and check in and was blown away by the progress thus far. She shared, “The enthusiasm to complete the work on this recreational ground is really encouraging and inspiring.” She added, “They are pulling out all stops to make the grounds as comfortable and functional for all the users including the other community sporting groups.”

President of Fyzo Starzzz - Andre Roberts shared his feedback when asked how the project will impact the community, he said; "The Delhi Road Recreational Grounds is the only grounds that the people of the Fyzabad community rely on for daily sporting, social and physical activities. There's such a hype right now and real anticipation for the grounds to be opened. The upgrades will be a huge relief for the community."