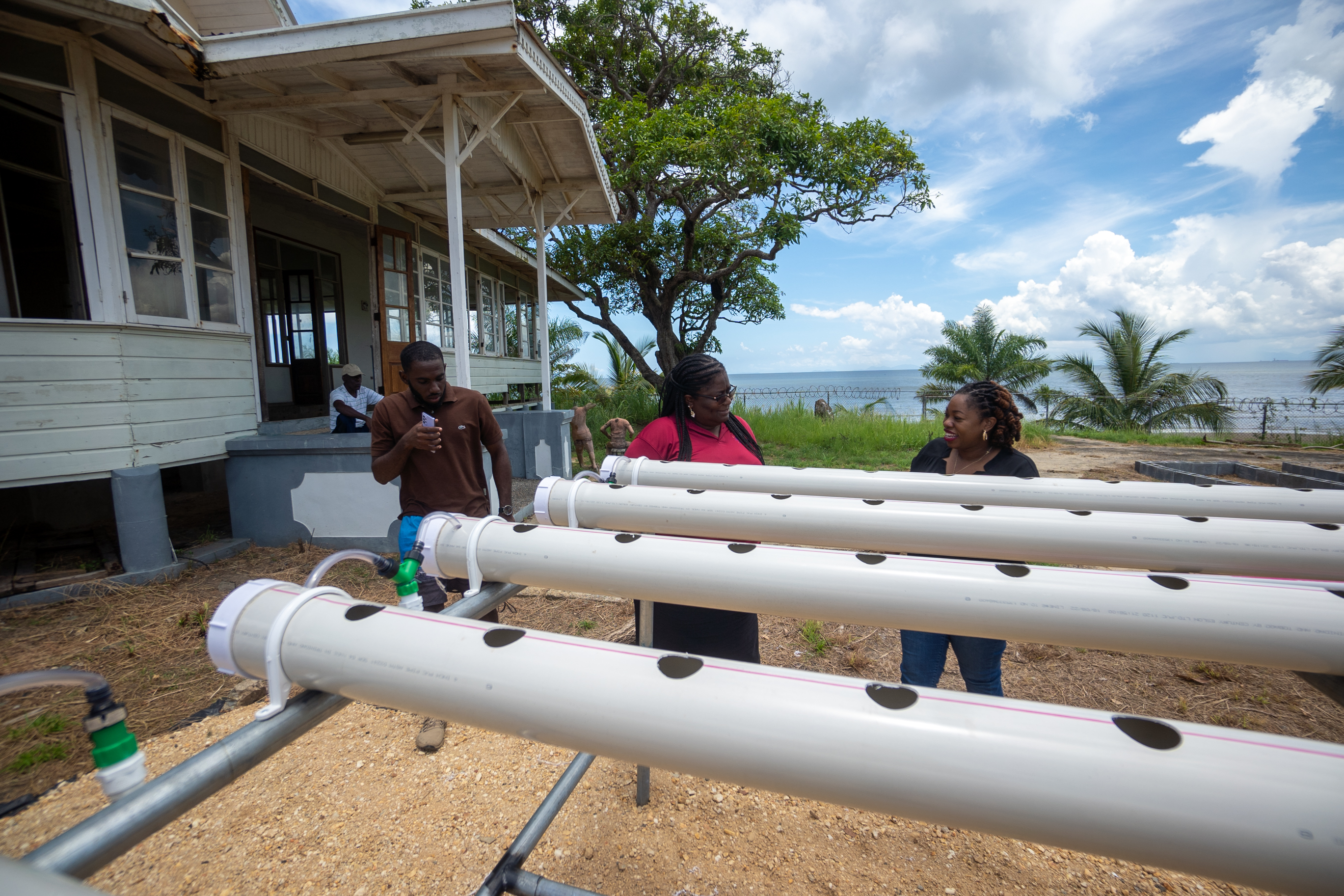 WEDNESDAY SEPTEMBER 14, 2022: PORT OF SPAIN, TRINIDAD AND TOBAGO- The La Brea Police Youth Club is committed to build Agro-preneurs among the youth in their community.  The south-based group received TTD$100,000 from the Digicel Foundation to implement an agricultural project with the intention prepare youth for opportunities to generate an income through growing their own food.

Over 30 young persons from the New Lands, La Brea community is expected to be involved in the project which will focus on developing Horizontal and Vertical Hydroponic Units, and Grow Boxes. Youth will be trained on the new agriculture practices and how to care for the produce while using traditional methods and hydroponics technology. The systems will also be automated to boost efficiency. The Police Youth Club is also exploring incorporating solar energy into their farming project.

The La Brea Police Youth Club will also include rain water harvesting as part of its thrust to make the community project self-sufficient, sustainable and environmentally responsible. Donald Baldeosingh, President of The Carbon Zero Institute of Trinidad and Tobago (CZITT) has stepped forward and has been lending technical advice to the team.

Leader of the La Brea Police Youth Club WPC Jasmine Vesprey-David shared, “The youth will be engaged in this project learning about the traditional grow boxes to the solar powered hydroponics system.  It will afford them with the opportunity to become ‘agro –preneurs’. She added, “This will have a long lasting impact on their lives.”

Digicel Foundation Operations Manager – Cindyann Currency paid a site visit at the south project last week and shared, “It’s been a while since we’ve been to La Brea so we’re elated to support this initiative.  Food Security continues to be a growing concern and any project that addresses this basic need coupled with training and revenue earning opportunities for young people, is exactly the kind of transformative intervention we want to align ourselves with.”

The Police Youth Club has 12 weeks to implement the project.  The group received permission from the National Heritage Trust to place the project at the old Magistrates’ Quarters.