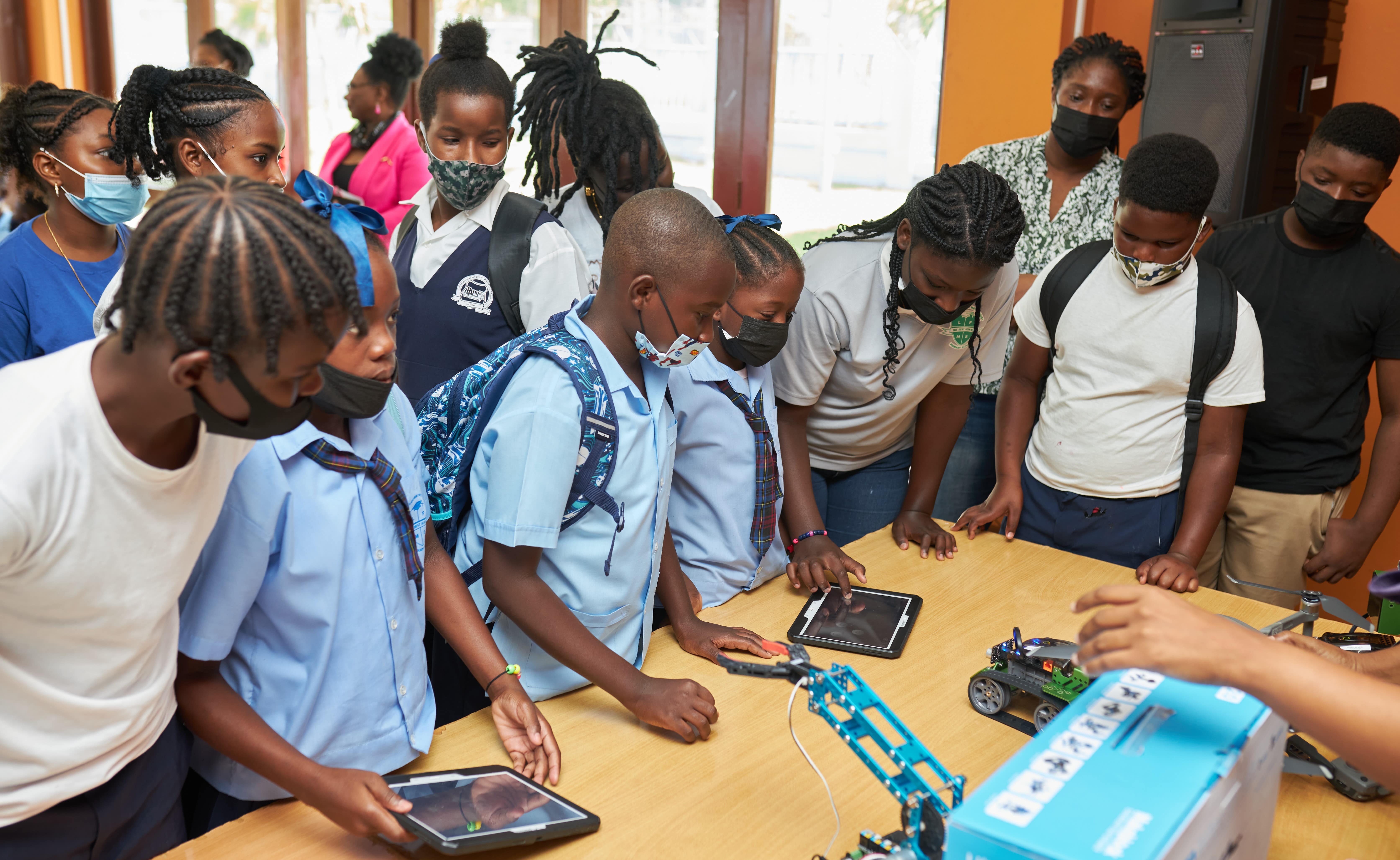 FRIDAY JULY 22, 2022: PORT OF SPAIN, TRINIDAD AND TOBAGO- The world is digital!  As the new generation prepares to lead, any opportunity to garner skills that will assist in navigating the tech world is important.  Through a partnership with We CODE Caribbean, ‘the Digicel Foundation Caribbean Code + Programme’ will teach coding and programming skills to 300 students in Trinidad and Tobago.  The initiative was launched on July 18 at the Tobago Information Technology Limited, Signal Hill, Scarborough.

The five week programme which was endorsed by the Ministry of Education and The Tobago House of Assembly, will be delivered in 24 rural primary schools across Trinidad and Tobago.  The launch played a pivotal role in the Digicel Foundation’s 10 year Anniversary celebrations.

At the camp, the pupils will have hands on training in coding using the simplest coding language – PHYTHON and the use of microcontrollers as part of the robotics aspect of the program,  entrepreneurial training for youth, etiquette training for confidence in social settings and a series of mental wellness workshops.

Founder and CEO of We Code Caribbean Safiya Olugbala in her programme overview shared that ‘the world of the 21 century demands a radically different orientation where new skills in order to compete and excel is important.’ With the support of our corporate partners like the Digicel Foundation, Olugbala also shared that her NGO is elated at the opportunity to impact the next generation by preparing them to not only think more critically, but to gain from an early age the necessary skills to compete in new and emerging careers in technology.

In his address, THA Chief Secretary Farley Augustine reiterated that “The pandemic underscored the importance of exploiting technology to advance the economy, which has brought momentum to the island’s thrust towards technological advancements.’ He said “The goal of THA is to ensure young people are able to interact in ways that make them digitally capable”.

Board Director Georgina Peterkin was also present at the event and shared that Digicel Foundation is commemorating 10 years of working to improve lives of people in communities across Trinidad and Tobago.  She ended by saying, “Today, we seek to expand this innovative approach through our ‘Digicel Foundation Caribbean Code +’ and give cognisance to the fact that in our world where all things are digital, it is even more important that we give our youth the right tools to participate and excel at a global level, so that they’re not left behind.”