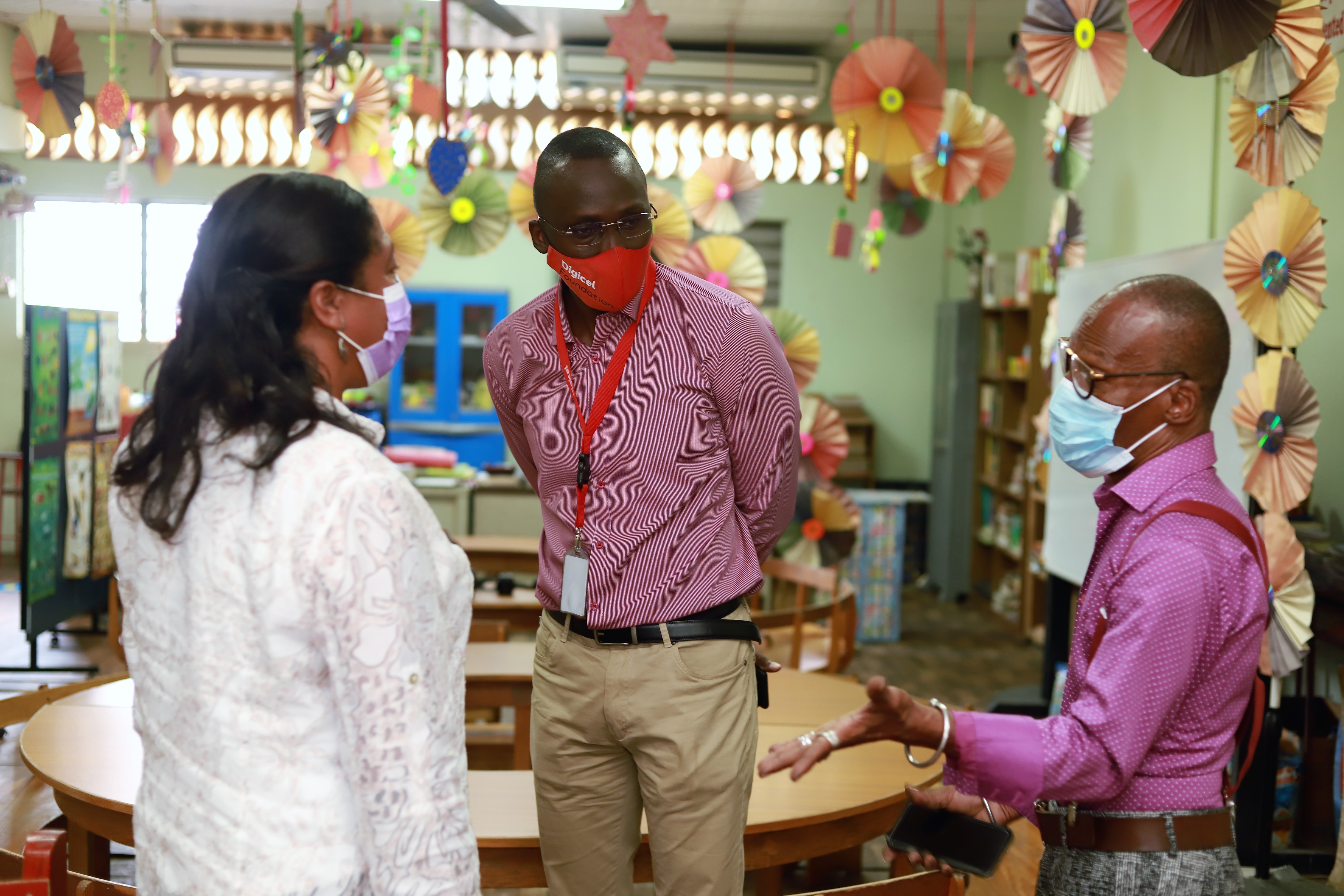 WEDNESDAY NOVEMBER 03, 2021: PORT OF SPAIN, TRINIDAD AND TOBAGO – Each One Teach One located at Beetham Gardens is the tenth ‘Centre of Excellence’.  The community school, which caters to children with and without disabilities, is one of ten facilities to receive funding from Digicel Foundation to significantly boost learning and skills development opportunities for persons with special needs.

The completed upgrades were officially unveiled on November 1st.  The project is a result of an ongoing partnership between the Digicel Foundation and the Trinidad and Tobago Defence Force Reserves.  In March this year, officers of the Defence Force Reserves under Capt. (N) Douglas Archer and supervised by Corporal Edwards,  completed upgrades at the school which included the installation of two water tanks and pump, electrical rewiring, upgrading the electrical breaker panel, remodelling & painting of kitchen cupboards and installation of new gypsum ceiling tiles.. Additionally, plumbing repairs were done which included a new kitchen faucet and filtration system, which was donated by A.S. Brydens.

‘Each One Teach One’ is managed by Mr. Wayne Jordan.  The school caters to children between 3-18 years from Beetham, Sea Lots, Laventille, Morvant, Trou Macaque and environs.

Wayne Jordan, Principal at Each One Teach One thanked the Digicel Foundation for the continued support extended which ensured successful completion of the project.  Ms. Charlene Phillip, Coordinator Servol's Parent Outreach Programme (POP), shared the importance of such partnerships in sustainable development. She said, ‘Partnerships can serve to strengthen and support projects, allowing for more efficient use of resources.’

The school which is also a beneficiary of the Foundation’s ‘Preparing You programme’ also received fire and safety equipment  as well as Emergency Pouches containing disposable masks, hand sanitizers and puzzles to aid in continued disaster preparedness training. The 69 students, with and without disabilities, can certainly look forward to re-entering a comfortable and happy learning environment