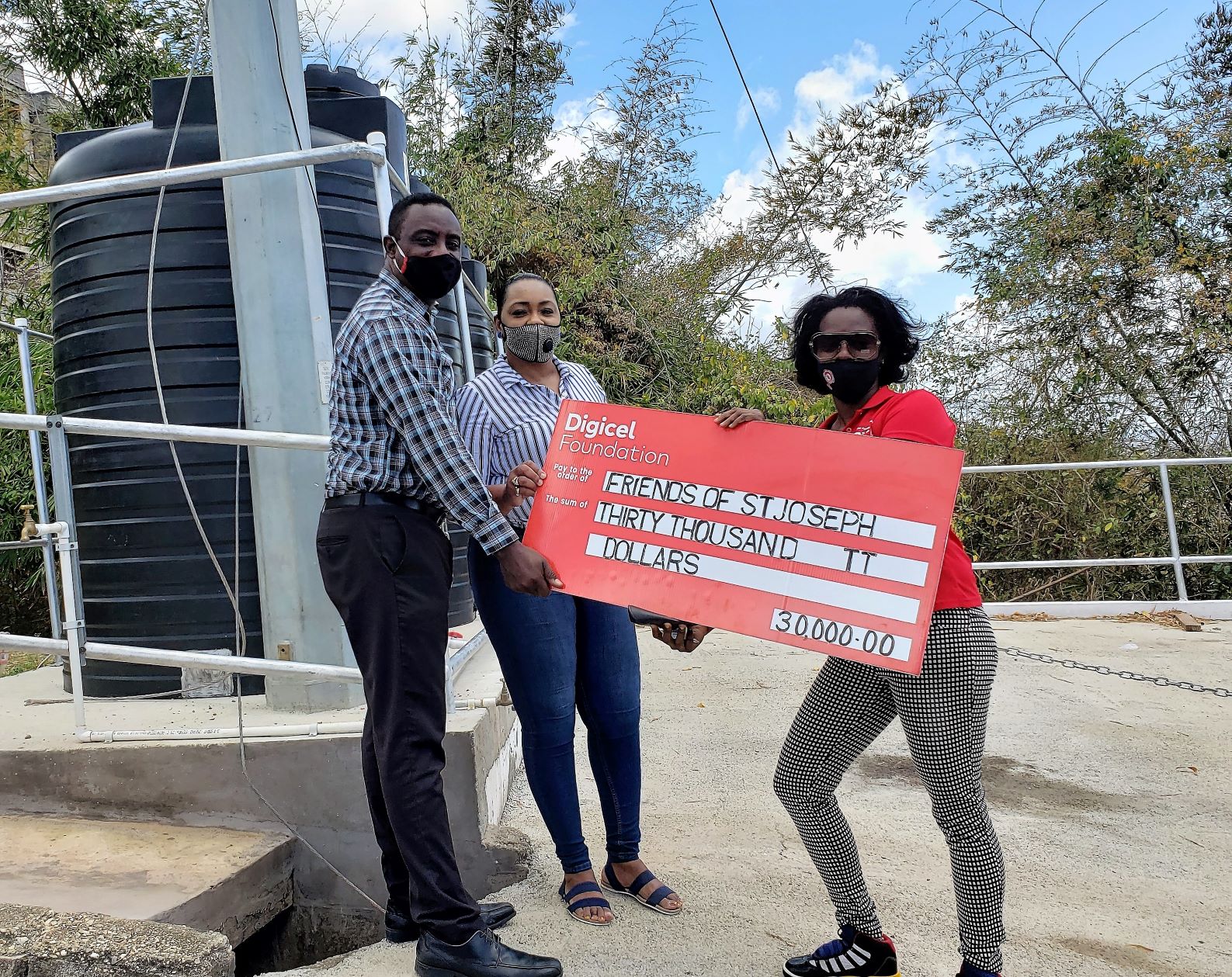 WEDNESDAY MARCH 03, 2021: PORT OF SPAIN, TRINIDAD AND TOBAGO- Digicel Foundation presented a unique opportunity to Digicel team members in January which would see them get directly involved in championing positive social impact within their communities.  A call for applications was issued internally for staff to apply for funding on behalf of their community or a group they may be involved.  The funding will be provided through the Digicel Foundation’s EPIC – ‘Extraordinary Projects Impacting Communities’ initiative.

Ten staff members stepped up to the challenge and applied for funding for projects which ranged from computer labs, refurbishment of community spaces, gym upgrades, road works, community park upgrades, hydroponics systems and upgrades to a water tank farm. The Digicel Foundation was faced with a near impossible decision of choosing just two projects from the line-up of valuable proposed initiatives. After much deliberation, grants of TT$30,000 each were approved for Digicel team members Analicia Hazette and Lynelle Fyzool.

Ms. Hazette’s grant will be handed over to the Friends of St Joseph and Community, located at Mendez Drive, Champ Fleur. They will utilize the funding for the upgrade of their existing water tank farm which will benefit approximately 60 individuals, consisting of the elderly, young children, teenagers and single mothers who do not have access to a supply of pipe borne water. While Ms. Fyzool’s grant will go to the Dynamic Discipleship Matura Open Bible and the Nature Seekers. This timely donation will finance the setup of an eLearning Resource Centre, where students from Matura can have access to computers and a printer to participate in eLearning.

Congratulations are in order for all of the staff members who engaged in the initiative as it was a clear indication that many of them are keeping abreast with the issues in their various communities and they are mirroring the company’s commitment to working ‘better together’.

Digicel Foundation’s EPIC programme is a small- grant initiative opened to registered community groups to fund small indoor and outdoor community projects which must be completed within 6-8 weeks. To date, with an investment of US$507,103 they have partnered with varying community groups to implement 104 EPIC initiatives, impacting 36,156 persons throughout Trinidad and Tobago.