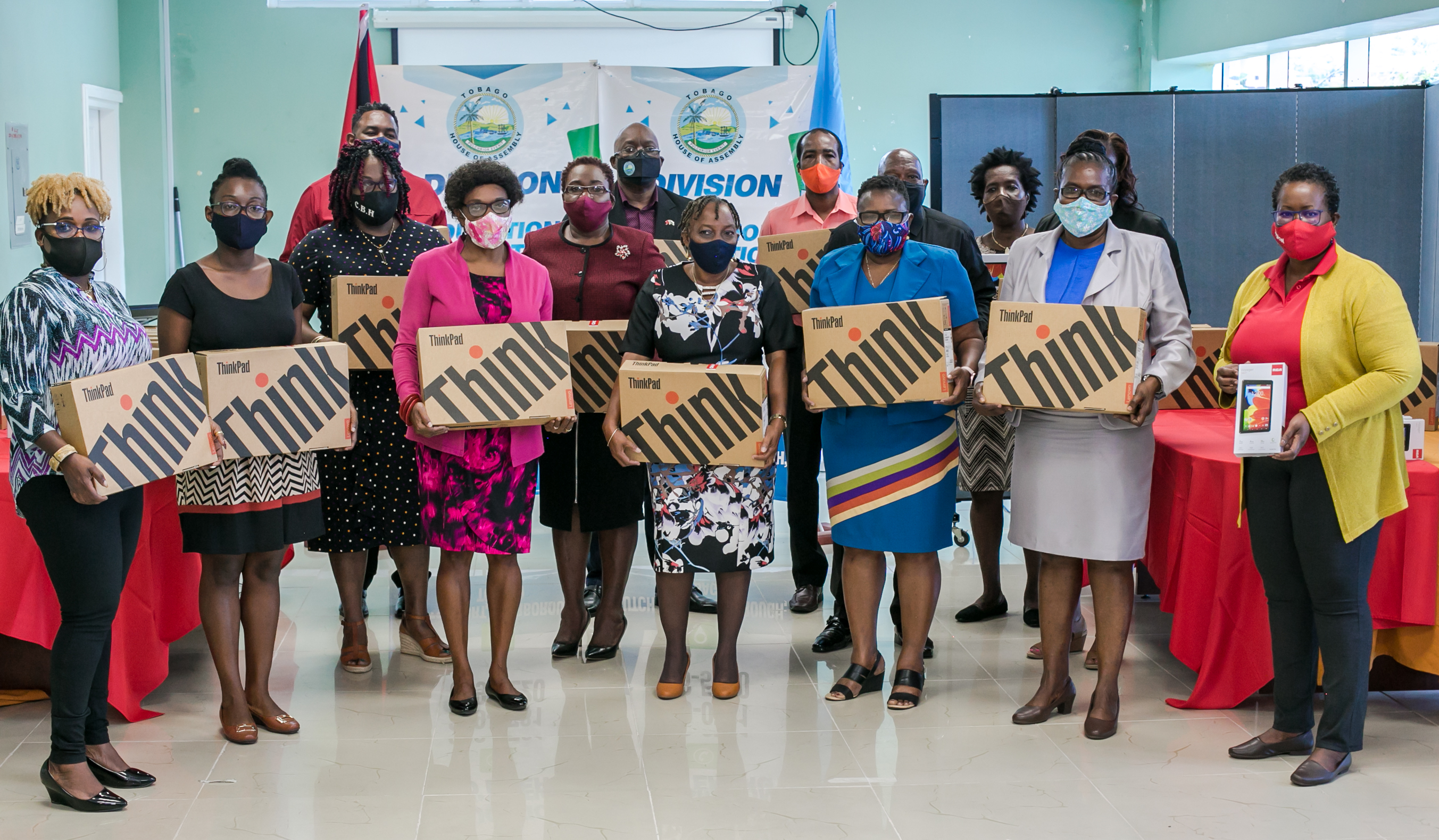 THURSDAY DECEMBER 10, 2020: PORT OF SPAIN, TRINIDAD AND TOBAGO- When she was just four years old, Brianna Hector was diagnosed with a brain tumour. Despite loss of hearing and partial paralysis, Brianna, a student at the Tobago Technical Vocational school, has always pursued her education diligently, pushing herself even with the restrictions imposed by the COVID-19 pandemic. And now, with the help of the Digicel Foundation, Brianna will find her studies a little easier since she recently received a tablet as part of the Foundation’s Connecting You Programme.

At an event hosted by the Tobago House of Assembly Division of Education, Digicel Foundation Board Member, Georgina Peterkin, presented 75 laptops and 19 tablets to be distributed to various schools in Tobago.

THA Secretary of the Division, Kelvin Charles, commended the Digicel Foundation for setting the bar to other corporate entities with their Connecting You initiative. “I’m especially pleased to see a major corporation like Digicel making sure that Tobago’s students were not left behind,” said Mr Charles.

After the handover, Digicel Foundation Board Director Georgina Peterkin, Principal of the Tobago Technical Vocational School, Dopsie Bacchus, and Digicel’s Country Manager, Roweena Crooks, personally visited Brianna to present her with a tablet. This was a particularly happy moment for the Foundation members.

Connecting You launched on June 26, 2020.  Phase I provided 1,095 tablets and data plans to 24 special schools.  In Phase II, the Foundation provided 620 tablets to ten additional special schools and 17 mainstream schools in both Trinidad and Tobago.  Through support from Digicel, 200 refurbished laptops were also donated to 13 mainstream schools.  Approximately TT$1.8 million has been invested to provide 1,715 tablets, 200 laptops, and data/internet packages to schools and students.

The Digicel Foundation is working closely with the Ministry of Education and has incorporated their Connecting Programme as part of the Ministry’s Adopt a School Programme.