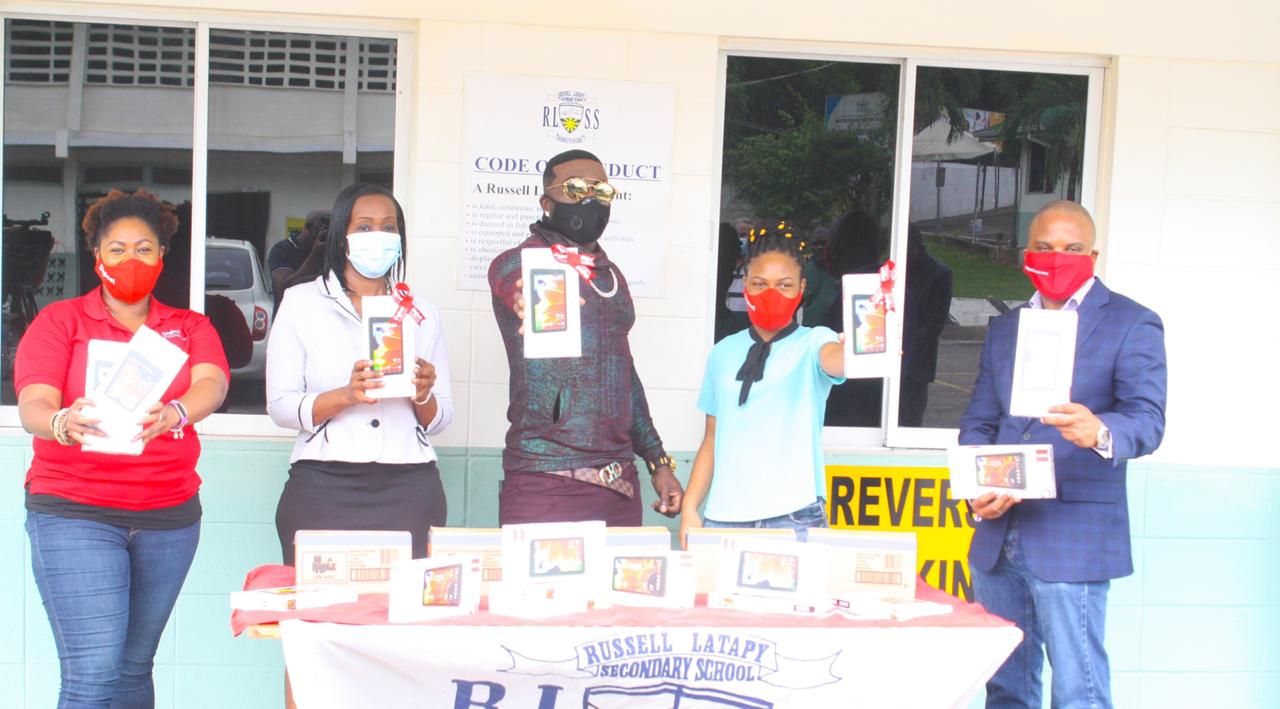 TUESDAY OCTOBER 27, 2020: PORT OF SPAIN, TRINIDAD AND TOBAGO – Russell Latapy Secondary located in Morvant received 153 tablets last week, as the Digicel Foundation began making its distribution rounds to the 67 beneficiaries of Phase II of its Connecting You programme. This particular school was also the only institution which received this large number of devices in this phase of the programme.

Digicel endorsee, Marvin “Swappi” Davis accompanied the Foundation team last Friday to the familiar grounds. He was a student at the school when it was a Primary School years before.  Swappi was both emotional and eager to be on hand to present the donated devices to the school’s principal, Alicia Lucien- Baptiste. He expressed that he was thrilled to be part of this very important work being done by the Digicel Foundation, and reinforced the importance of providing support to schools like Russell Latapy so that ultimately, the students can be fortunate enough to reap the benefits.

Connecting You was launched on June 26, 2020.  Phase I – provided 1,095 tablets and data plans to 24 special schools.  In Phase II the Foundation will provide 620 tablets to support an additional 10 special schools and 17 mainstream schools.  Through support from Digicel, 200 refurbished laptops will also be donated to 16 mainstream schools.  A total of 1.8 million TT has been invested to provide the 1,715 tablets, 200 laptops and data/internet packages to the schools and students.

The Digicel Foundation is happy to be working closely with the Ministry of Education on this particular initiative to ensure that no child is left behind. The Foundation has now incorporated their Connecting Programme as part of the Ministry’s Adopt a School Programme.