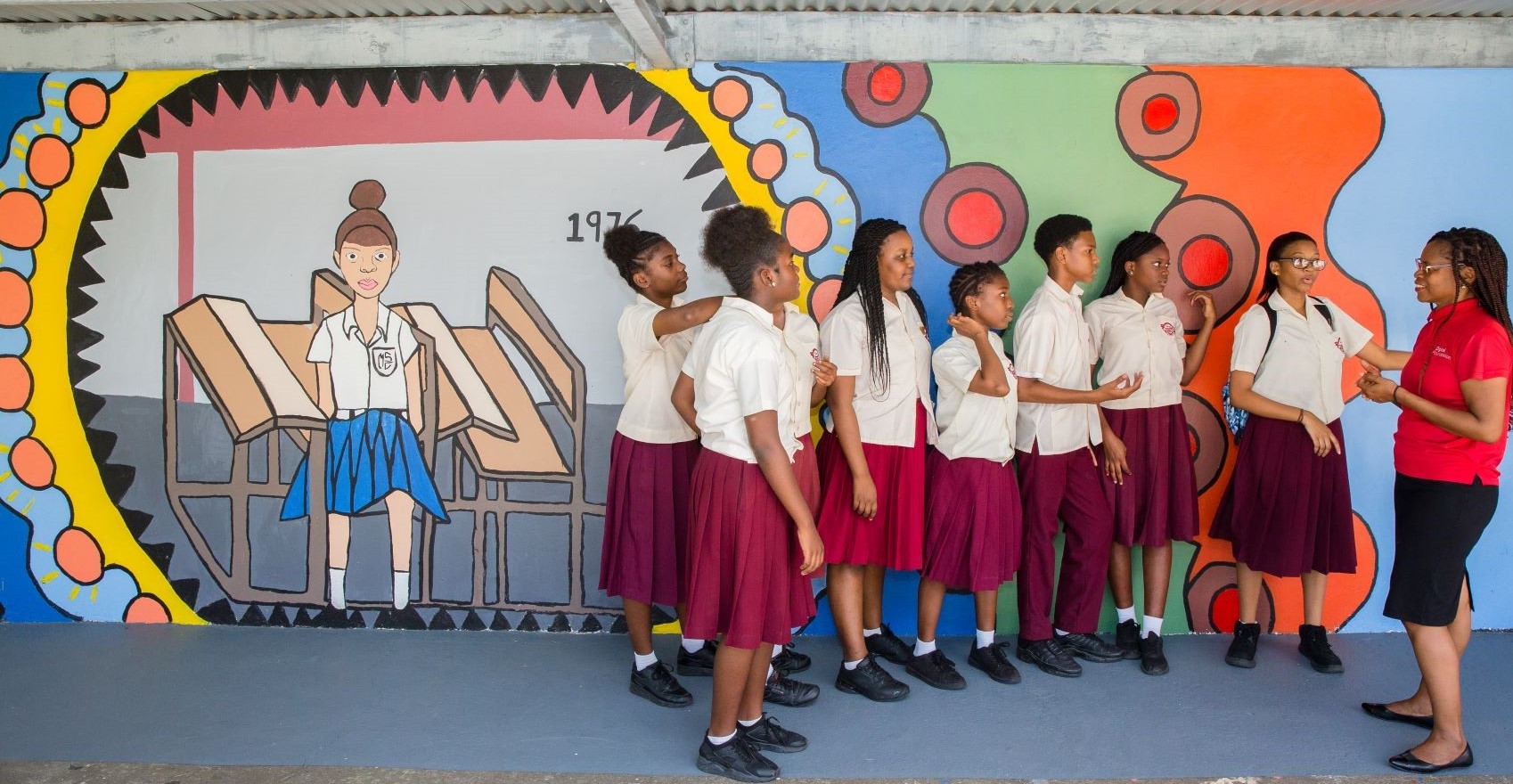 FRIDAY, NOVEMBER 22, 2019: PORT OF SPAIN, TRINIDAD AND TOBAGO – A Safe Space project to transform the quadrangle of the Mucurapo East Secondary school into an artistic, peaceful space was officially launched on November 14. The upgrades to the quadrangle highlight the area as a designated space where students can recreate and socialise peacefully. This project was part of an initiative to prevent crime through environmental design.

The EPIC Project was a collaborative effort by Deloitte & Touche, the Digicel Foundation, the principal, teachers, students and staff of the Mucurapo East Secondary School. The $33,500 TTD investment covered the upgrade of the school’s quadrangle5n with a vibrant, colourful mural containing positive messages, the painting of benches and plant pots in the various student house colours.

While speaking at the launch, Mr. Derek Phillips, Principal of the School, explained that this initiative which began four year ago was intended to reduce misbehaviour and acts as an anti-bullying mechanism within and outside the school’s compound through changing the physical environment. Mr. Phillips said, “It has certainly enhanced the beauty of our school and is a start of things to come”

Ms. Headley, one of the two teachers who completed the wall mural with her art students, explained that the colour palette used symbolised the cycle of challenges that staff and students

can experience as well as the vibrant and enduring connectedness they share. She expressed gratitude to the students who volunteered their time to painting the mural and she also spotlighted the contribution of Zakiyah Callender, an alumni of Mucurapo East Secondary.

In closing, Mr. Ravi Rampersad who spoke on behalf of Deloitte & Touche expressed their delight to be able to play a part in creating the Safe Space for the student body and encouraged the students to foster ownership of the quadrangle. Digicel Foundation is happy to partner with NGO’s and corporate entities to transform communities.