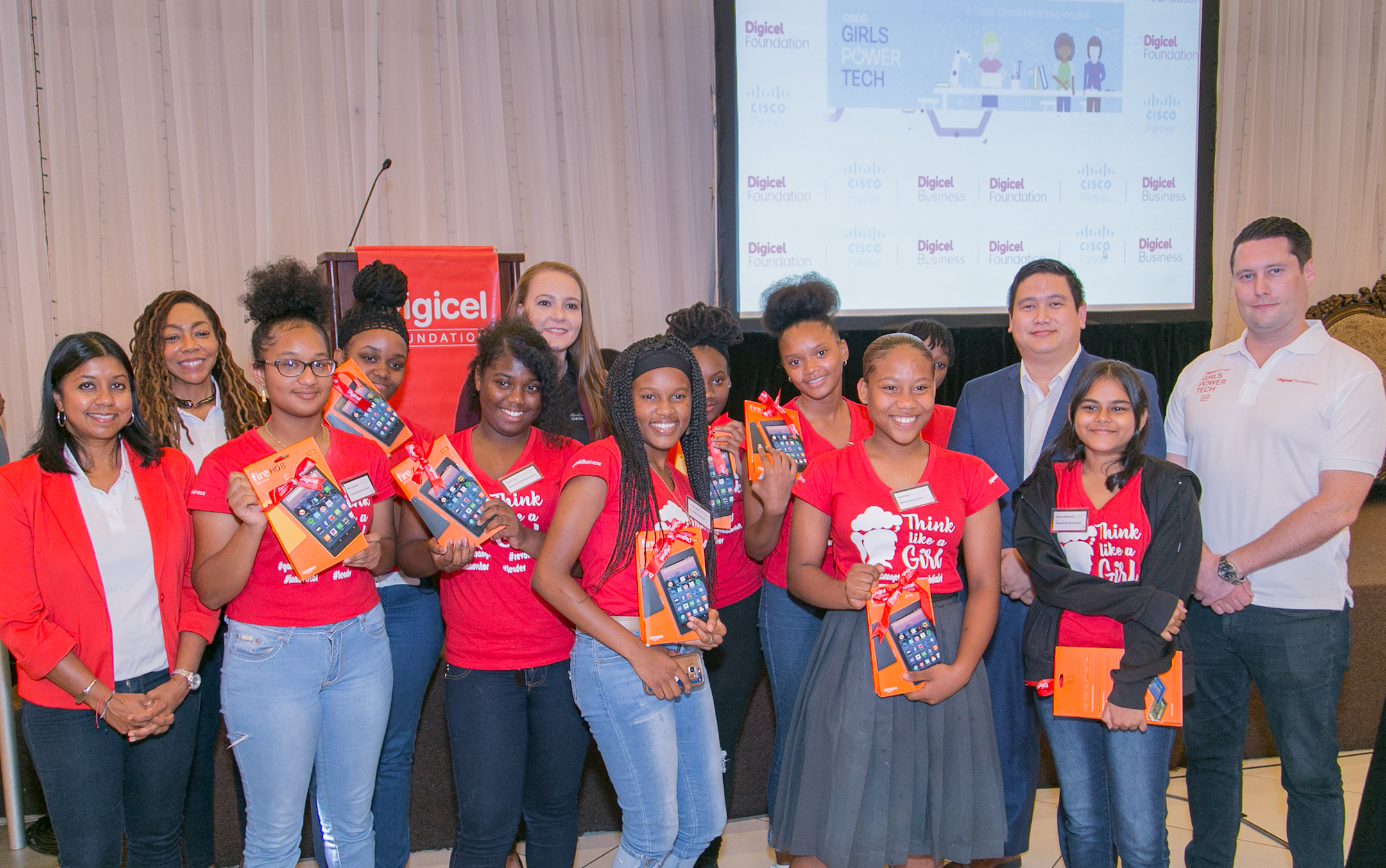 TUESDAY, JUNE 3 2019:  PORT OF SPAIN - Exploring jobs as web developers, information and communications technology (ICT) consultants, animators and other opportunities in the field of Information Technology was the focus for over 100 teenage girls at the first ‘Girls Power Tech’ held in Trinidad and Tobago.

Sponsored by Digicel Business Solutions, Digicel Foundation and technology giant Cisco, the event took place on May 29 at Signature Hall in Chaguanas and featured live demonstrations, mentoring from local ICT professionals, hands-on projects and tele-conferencing with mentors from around the world.

Tobagonian students formed one team and participated via video conferencing, while the students from Trinidad collaborated as 12 teams. Their challenge was to use an ICT tool to raise awareness about, or provide a solution to one of four social issues in Trinidad and Tobago.

The girls were introduced to the latest technology and exposed to live demonstration from the following Tech Clubs: RSC - Restore a Sense of I Can, Wepala Mobile & Data Technology Solutions, Start Augmented and Virtual Reality Solutions Ltd from Trinity and Coded Arts. They also used Cisco Webex technology, which facilitated mentoring from women across the globe using video conferencing.

IT Director at Digicel, Shivanie Rampersad led a panel discussion with some of the top women in ICT in Trinidad. They shared experiences about women building empowered communities through ICT as well as how their individual fields contribute towards solving social issues.

Dr. Phaedra Mohammed used the analogy of climbing a tree, to describe the journey of life saying, “When climbing through trees you practice, develop and learn different skills, you set and achieve goals, you battle with fear, but most importantly you don’t give up, which contributes to you becoming a new person on the other side.”

Penny Gomez, CEO of Digicel Foundation, pointed out that only 27% of workers in Computer Science, Engineering and Physics in some of the world’s emerging economies are women.  That means it’s an area of untapped talent.

The career potential offered in the fields of Science, Technology, Engineering and Mathematics (STEM) is vast and increasing awareness of this among girls is one motivation behind hosting “Girls Power Tech” which is in its 7th year.

At the end of the day, TEAM AI won the grand prize of a tablet for each member of the team for their presentation on how technology can be used to help stop pollution of our water courses.  Each team had an MVP who won a Bluetooth headset for their outstanding contribution throughout the event. Teachers were also given tokens for taking the time to attend and support the event. Every student also received a certificate of participation.

In closing, Digicel Foundation Project Officer Lynelle Callender inspired the girls, urging them to be the best app developers, web developers, programmers, ICT analysts, game developers, animators and virtual reality creators saying, “The world is your playground! Sometimes the best way to envision the future is to invent it.”