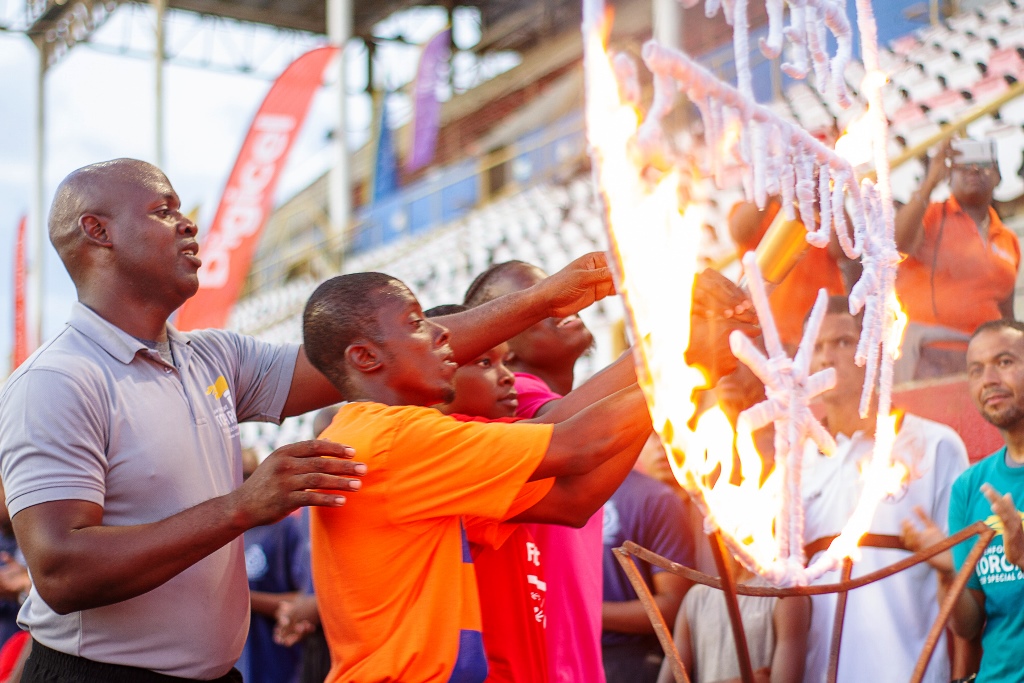 TUESDAY MAY 28 2019:  PORT OF SPAIN – Over 400 athletes gathered at the Hasely Crawford Stadium on Saturday 18th May to compete in the 37th annual Special Olympics National Games.

This comes on the heels of this country’s most outstanding performance at the Special Olympics World Games in Abu Dhabi, UAE, where the local team won 57 medals, the most in over 15 years.

At the Opening Ceremony, Sacha Thompson, Digicel Chairman and Secretary of the Digicel Foundation Board of Directors, congratulated the athletes who represented T&T at the 2019 World Games and reiterated the need for ongoing support for Special Olympics Trinidad and Tobago (SOTT). She said, “It is our greatest hope that the SOTT and the athletes have the ongoing support they so badly need to continue their journey in the sporting world. Let’s play our part – as a cheerleader, a funder, a volunteer or as a supportive teacher, caregiver or family member.”

From as early as 9:00 a.m., athletes from 21 schools and organizations across the twin isle, competed in: athletics, football, bocce, powerlifting, swimming, equestrian, basketball and volleyball. Some of the venues used were: Hasely Crawford Stadium and Jean Pierre Complex, Mucurapo, Long Circular Gym, St James and the Diamond Vale Swimming Pool.

The day was not only about sports, as part of the Jean Pierre Complex was transformed into a health centre where athletes took advantage of a now highly anticipated aspect of Special Olympics – the ‘Healthy Athletes’ screening.

De Silva noted, “The athletes should not be underestimated; they are just as skilled and talented as any other athlete and should be treated as such.”

A long day of lively and enthusiastic competition where many ribbons and medals were won concluded with live performances from the Little Blue Birds Gymnasts, the Goodwill Industries Drummers and Soca artistes Swappi and Farmer Nappy.

This was followed by a procession of the vehicles from the Trinidad and Tobago Protective Services, which led the torch run straight into the Jean Pierre Complex where the cauldron was lit to commemorate the close of the Games.