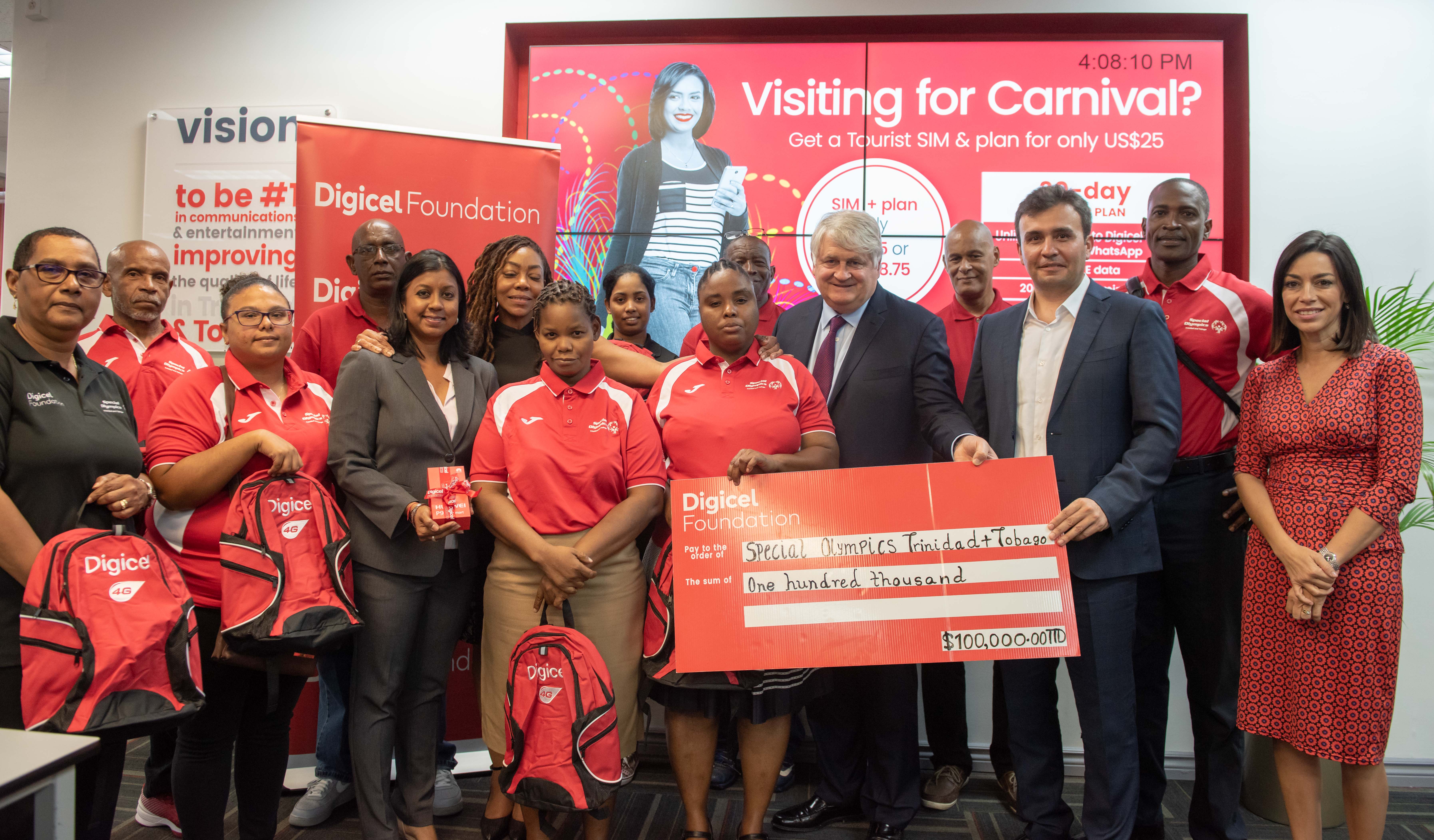 “We want to support local athletes and sporting organisations in their international endeavours” said Mr O’Brien, “and the Digicel Foundation is proud to back Trinidad and Tobago’s national team at the world’s highest competitive level for sports.

The delegation will comprise 31 athletes, 11 coaches and 2 SOTT officials that will represent Trinidad and Tobago at the Special Olympics World Games that will take place from March 14 to 25 this year. This year, Trinidad and Tobago’s athletes will compete in bocce, equestrian, powerlifting, swimming, and athletics and alongside some 700 athletes from 197 countries. The group departs for Abu Dhabi on March 5, 2019.