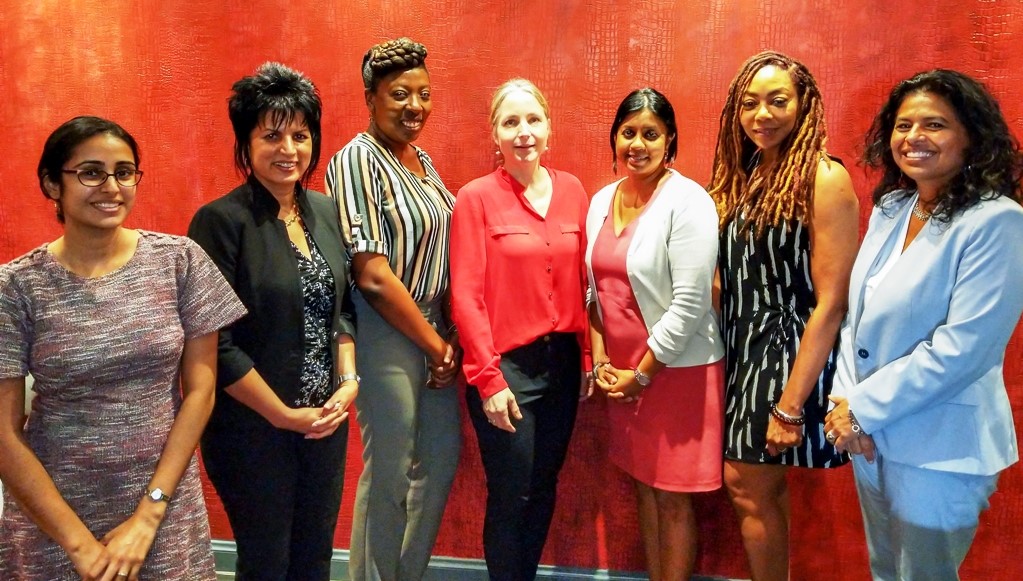 THURSDAY, FEBRUARY 14 2019:  PORT OF SPAIN, TRINIDAD AND TOBAGO – As the momentum builds for the upcoming Digicel Foundation’s disaster preparedness intervention ‘Preparing You!’ programme, the Chief Executive Officer of Inter-American Development Bank Innovation Lab (IDB LAB) Irene Arias-Hofmann, along with the Country Representative of the IDB and other representatives, accompanied the Digicel Foundation Chairman, Desha Clifford and CEO, Penny Gomez on a walk through at the Goodwill Industries Vocational Training Institute in Woodbrook.

Upon arrival, the young pannists of Goodwill Industries, directed by Music Teacher Lisa Mc Clashie, welcomed the visiting delegation with a rendition of “Day One”, their tune of choice for the National Schools Panorama Competition 2019. This was followed by a brief tour of the school facilities led by Principal Barbara Alleyne who highlighted the various programmes offered by the school including screen printing, aquaponics, woodworking and upholstery.

During the interaction with the IDB Team, Ms Alleyne commended the contributions and support received from the Foundation which aided in the purchase of screen printing equipment and refurbishments to the roof and drains under the Centres of Excellence project. She also expressed her excitement about what is to come as a beneficiary of the Preparing You! programme.

Preparing You! programme Year III, which is being co-funded by the Inter-American Development Bank Innovation Lab (IDB LAB), is a Disaster Preparedness and Emergency Evacuation Pilot Project for Persons with Special Needs. The programme extends essential and potentially life-saving training and capacity building in disaster preparedness, in addition to emergency planning and evacuation capabilities. The IDB Group innovation laboratory is a purpose driven platform that is open to work that mobilizes capital, connections and knowledge to promote innovation for inclusion.