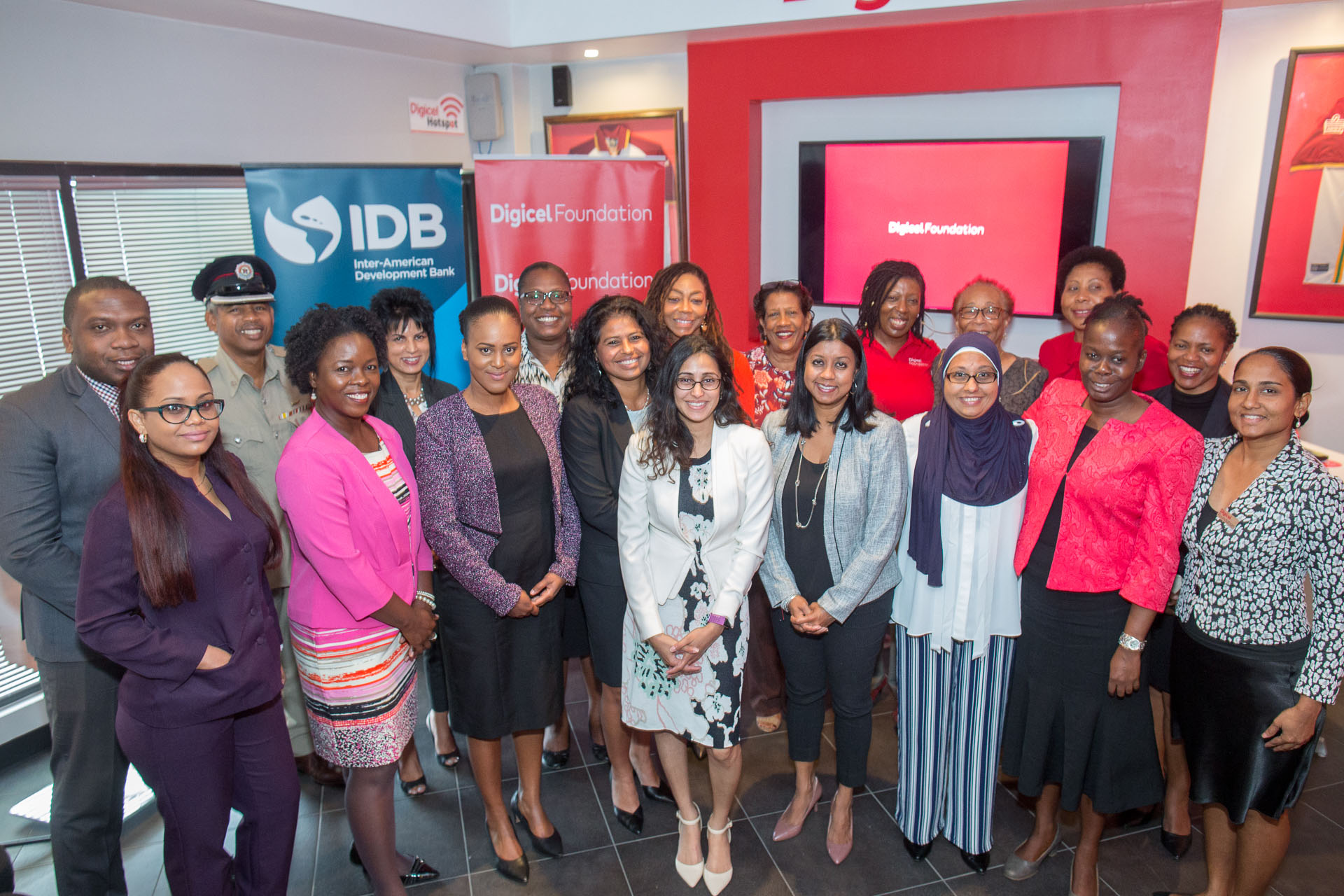 “Preparing You!” is a Disaster Preparedness and Emergency Evacuation Pilot Project for Persons with Special Needs. The programme, now in its third year will extend essential and potentially life-saving training and capacity building in disaster preparedness, in addition to emergency planning and evacuation capabilities. It is being implemented in conjunction with the Office of Disaster Preparedness and Management (ODPM) and is co-funded by the Inter- American Development Bank Laboratory (IDB LAB)

The launch was attended by representatives from the ODPM, Trinidad and Tobago Fire Services, Regional Corporations and beneficiary school Principals who were thrilled to learn of the inclusion with the private sector technology innovation, coordination and other resources to address a gap in the national disaster preparedness framework.

Speaking at the launch, Ms Rocio Medina-Bolivar, Country Representative of the IDB said: “this new relationship between the IDB LAB and the Digicel Foundation is the perfect example of how public private sector partnerships can work”. The IDB Lab, Ms Medina-Bolivar shared, “is a purpose-driven innovation platform that mobilizes capital, knowledge and connections to catalyze innovation for inclusion in Latin America and the Caribbean.

Penny Gomez, CEO Digicel Foundation, shared her views on this collaboration stating, “The Foundation prides itself in embarking on programmes that are life changing, impactful and sustainable. Gomez continued, “Preparing You! is a true model of that and we are happy to be a part of the change that will inevitably come through this intervention which will include ICT based training on disaster preparedness for 900 students/residents and 150 teachers/caregivers at special needs facilities, updated emergency and evacuation plans for each participating institution; and a database using GIS technology to capture demographics and other pertinent information required for evacuation aid and response.

With this information in hand, the process and knowledge will be shared to regional neighbours in particular the islands of Dominica and Haiti who have experienced crippling disasters over the years.

As a past beneficiary of Preparing You! Ms Marsha Williams, Principal of Pointe-a-Pierre Special School, expressed her views on the project at the launch event stating, “Teachers and students valued the knowledge and training in disaster preparedness and were happy to be a beneficiary of the initial pilot Preparing You!"