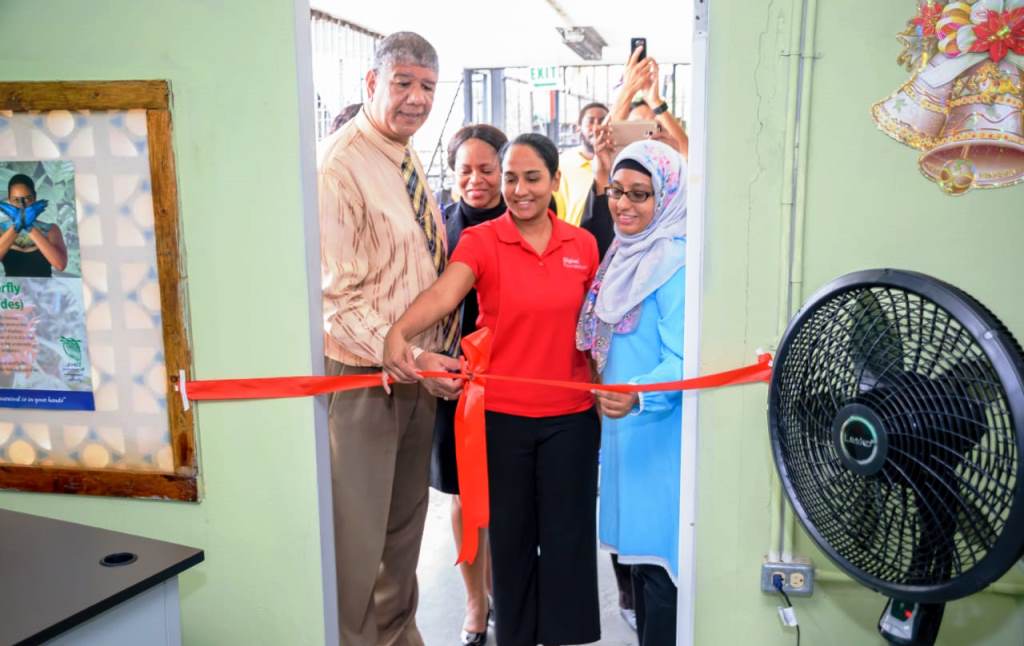 THURSDAY, JANUARY 10 2019:  PORT OF SPAIN, TRINIDAD AND TOBAGO –The doors to the library at the Centre for Socially Displaced were opened on December 13 with a new look.

The newly refurbished library, complete with four new desktop computers, desks and chairs, was accomplished under the Digicel Foundation Community Engagement Programme. The programme aims to assist organizations with small grants to achieve their goals.

One such organization was the Centre for Socially Displaced, whose management applied to the Digicel Foundation and received approval for a grant in the sum of TT$12,000.

This investment provides a space for the management to host various programmes for the residents at the Centre. Some of these programmes will include ALTA, Alcoholics Anonymous, Narcotics Anonymous, as well as training in English, Emotional Literacy and Resume Writing.

The long term goals of these programmes are to equip the residents with the necessary skills to enable them to move forward with their lives and facilitate a successful reintegration process.