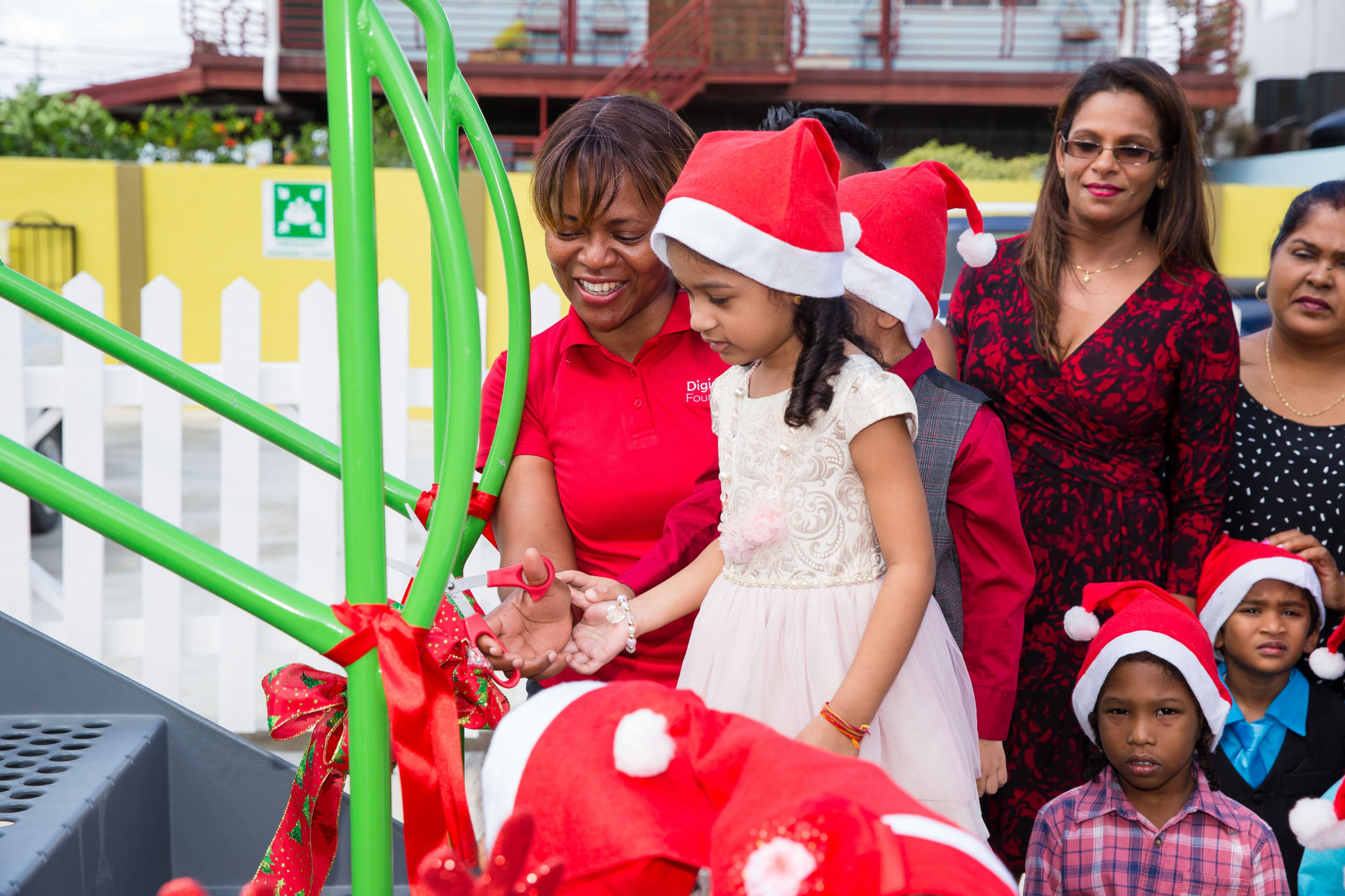 WEDNESDAY, DECEMBER 19 2018:  PORT OF SPAIN, TRINIDAD AND TOBAGO –The children of the St. Helena Community Early Childhood Care and Education(ECCE) Centre now have a new Children’s Play Park, where they can play and have fun to their hearts desire.

The Play Park was officially launched on December 14 with a small ribbon cutting ceremony. Alicia Hospedales, Senior Government Relations and Affairs Executive at the Digicel Foundation, the teachers, directors, officials from Servol and children of the School were in attendance.

The new Play Park came to fruition when the Digicel Foundation, under its Extraordinary Projects Impacting Communities (EPIC) programme, partnered with the School to purchase the play park equipment.

According to Mrs. Linda Marajh, Administrator of the School, the application for the grant was sent in earlier this year, on the last day the Foundation advertised its EPIC programme. The application was later approved and the team at the School was presented with a cheque for US$5,000 to purchase the equipment.

In expressing her gratitude, Mrs. Kaloutie Sumairsingh-Francis, Director at the Centre, praised the Digicel Foundation for the partnership and in making their dream a reality.