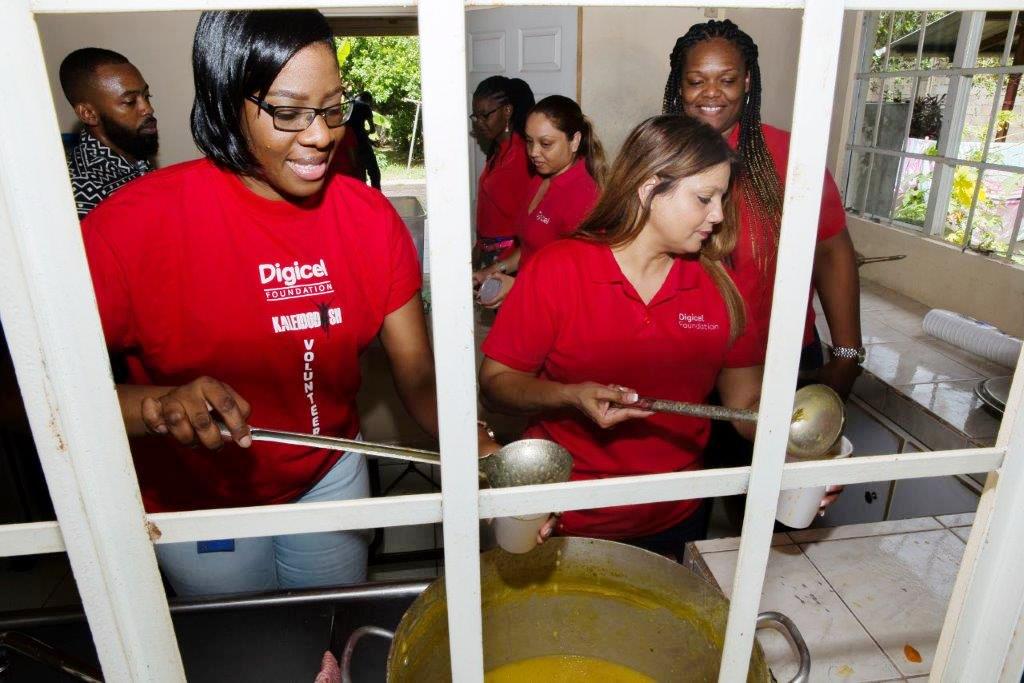 THURSDAY DECEMBER 13 2018:  PORT OF SPAIN, TRINIDAD AND TOBAGO - The Christmas cheer was evident recently, when sections of staff from Digicel and the Digicel Foundation made their way through East Port of Spain, loaded with steaming cups of soups for the socially-displaced in that area. The Foundation has a long-standing partnership with the Salvation Army for an annual soup-feeding initiative that spans four Fridays in late November into December.

So far, for the soup feeding drive, the Digicel and Foundation teams have visited the Nazareth Halfway House for Men on Duncan Street as well as the Centre for the Socially Displaced at the Riverside Car Park.

Desha Clifford, Chairman of the Digicel Foundation, who actively participated in the November 30 soup-feeding distribution stated, “I am delighted to see the number of staff who volunteered for this cause.” Clifford continued, “This outreach gives us all a fresh perspective on the importance of helping others.”

The Digicel Foundation’s annual Soup-Feeding Initiative will run until December 14, 2018 encouraging others to give back and spread joy during this Season.