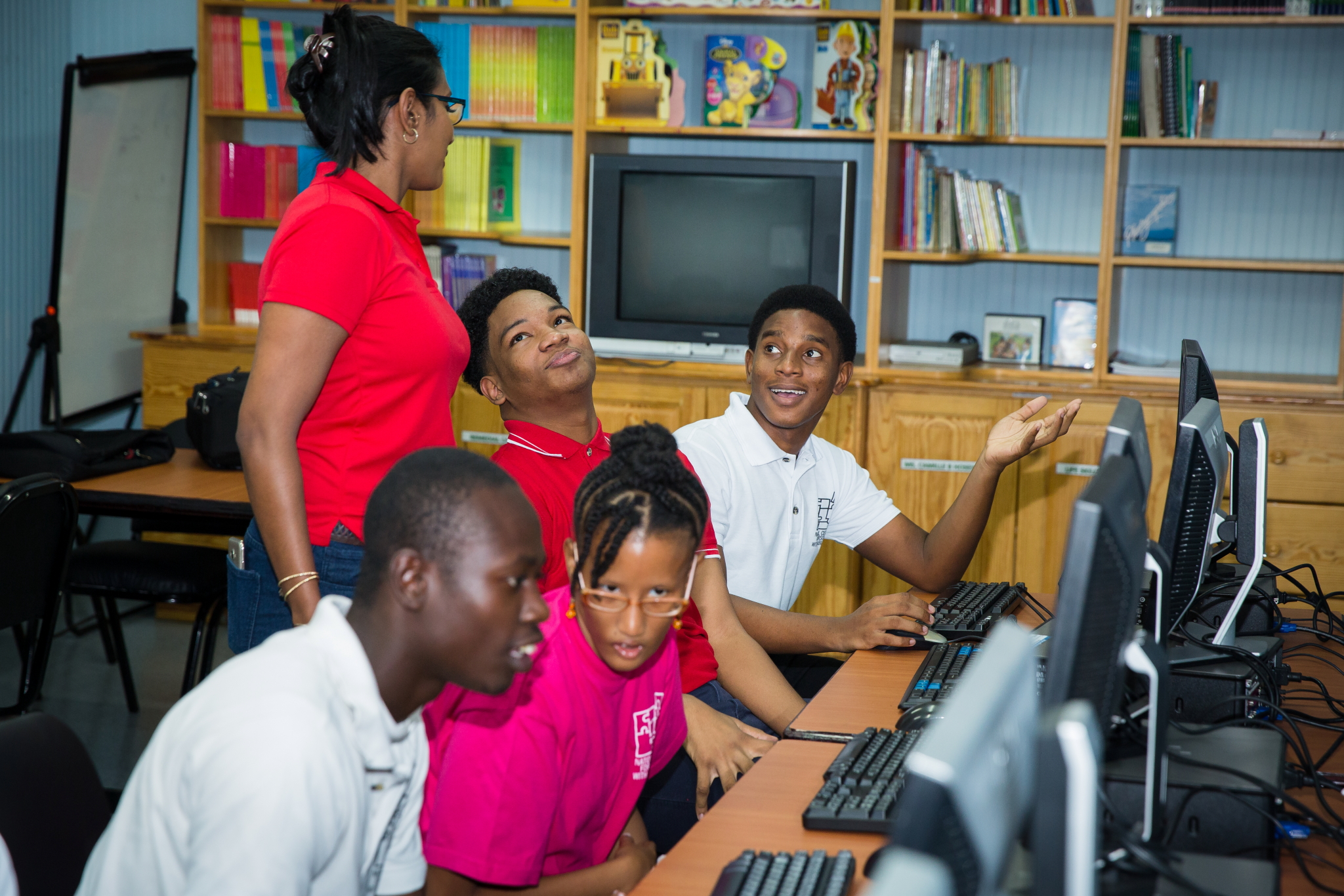 TUESDAY SEPTEMBER 4 2018:  PORT OF SPAIN, TRINIDAD AND TOBAGO – The National Centre for Persons with Disabilities (NCPD) is the proud recipient of seven computer systems, thanks to the “Restore a Sense of I Can” (RSC) Digital Citizenship Programme established in partnership with the Digicel Foundation.

Components of the Programme include the development of a Tech Club, discussions on Cyber Security and Cyber Bullying and Safer Internet use. In addition the students receive training on PC Repairs, as well as explore the schematics of Robotics, Artificial Intelligence, Digital Media and other IT related topics.

The social aspect of this Programme involves each club adopting either a school or an organisation to donate refurbished equipment and provide technical support.

On August 27, refurbished computers equipped with a Mathemative Stimulation Software developed on the Geogebra platform, were officially presented to the NCPD.  The software aids in teaching and learning geometric skills and other mathematical topics, through visual aids and models.

On receiving the equipment, Dr. Beverly Beckles, CEO of the NCPD, thanked both RSC and the Digicel Foundation for the support and equipment provided, and reiterated the positive impact that these computers will have on the lives of the children at the Centre.

The partnership between the RSC and the Digicel Foundation was established in February 2018 to commemorate Safer Internet Day.