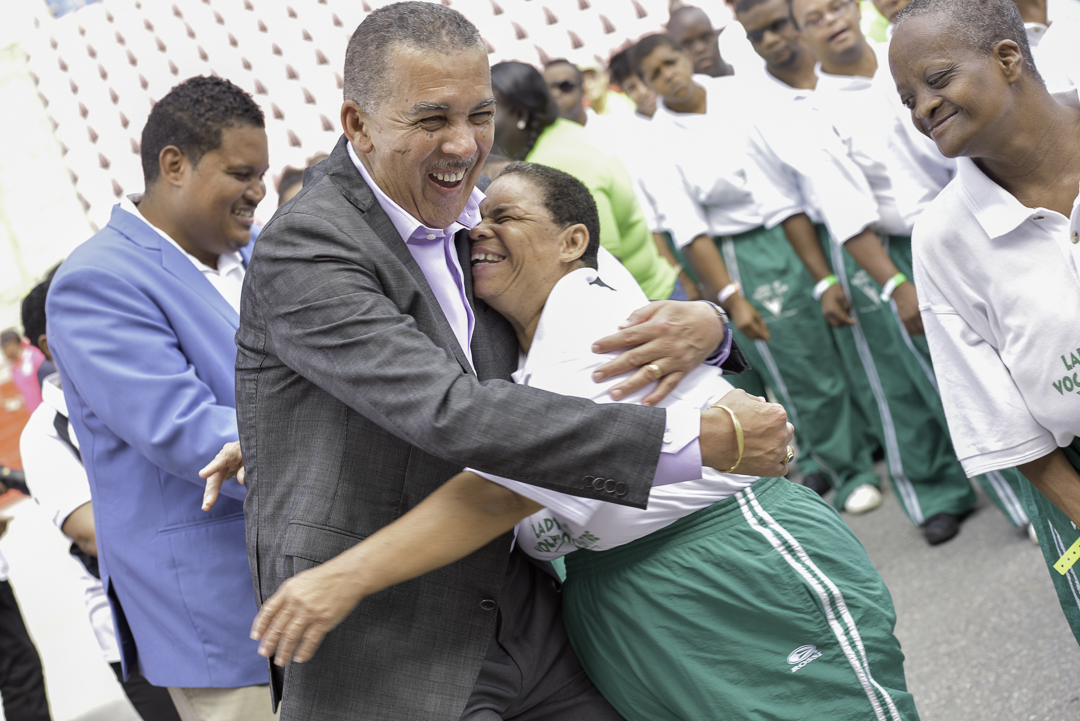 It certainly was a pleasure to see hundreds turn out and feel the pride and sincerity of the athletes as they took their pledge at the Opening Ceremony of the 35th Special Olympics National Games to “Let me win but if I cannot win let me be brave in my attempt”.

The event took place at the Jean Pierre Complex on Saturday April 1 2017.

Also in attendance were Digicel Trinidad and Tobago CEO, John Delves, and Foundation CEO Penny Gomez who volunteered for the Opening Ceremony standing with the athletes as they were addressed by the various dignitaries.

In his address to the SOTT “Family”, Chairman of the Digicel Foundation Garvin Medera, assured that “These opportunities to volunteer our time with you, getting to know our athletes and their many abilities and sharing your enthusiasm for success in your respective sports are priceless and moments that we recount and appreciate.”

He also praised the athletes for their continued dedication to their various disciplines and acknowledged the effort of the delegation which recently competed at the World Winter Games in Austria.

There was also resounding applause when recognition was paid to Grace Ruiz, former Head of Volunteer Activities, who passed away last month.

As the President addressed not only the athletes gathered, but also coaches, volunteers, parents and friends he expressed his hope that one day Trinidad and Tobago would move towards a fully integrated education system where everyone could attend the same schools regardless of their varying abilities.

His Excellency then officially declared the Games open and proceeded to pass the “Torch of Hope” to prison officer, Orlando Pyle to begin the annual Torch Run. Pyle also represented Trinidad and Tobago at the International Law Enforcement Torch Run for the recently concluded Special Olympics World Winter Games 2017 held in Austria.

Next up on Special Olympics calendar is the National Cricket Games in June.