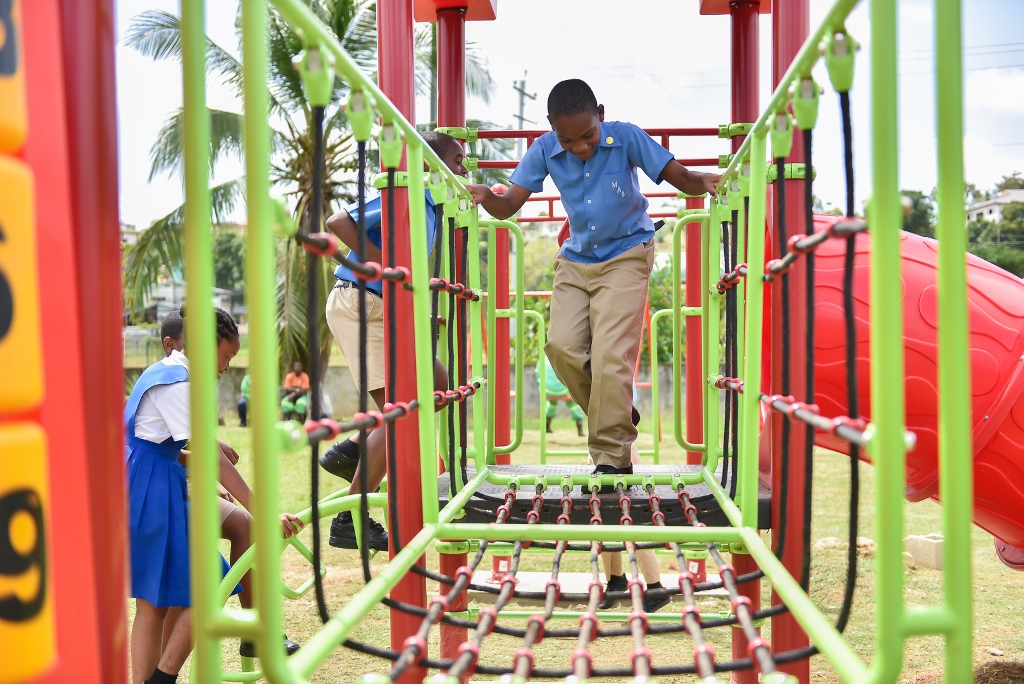 The development of child-friendly spaces has been a priority for many communities throughout Trinidad and Tobago. To this end the Play Park located at Cicada Street in Morvant successfully received major upgrades and encouraged community partnerships. The project, which began late last year, brought together strong collaborations among the Member of Parliament for Laventille/East Morvant, Adrian Leonce, the IGBEGA Foundation, neighbouring schools, the Community Council, the San Juan/Laventille Regional Corporation and the Digicel Foundation.

At a site visit, the Honourable Member of Parliament, Adrian Leonce who endorsed the project, emphasised how beneficial the park would be to the community. He applauded the work of Digicel Foundation which has provided the funding for the project under its EPIC Programme and the IGBEGA Foundation for bringing all the stakeholders together to implement the project.  MP Leonce went on to state that “Both Foundations are hard-working and have really shown genuine care for the development of communitiesin need.”

The Play Park is in close proximity to two schools, whose students will be involved in the landscaping and beautification of the community space. Principal of the Morvant Epiphany Anglican School, Mr. Theron Joseph, noted that his school is very excited about the park and the endless benefits that residents and students would receive from its development for years to come.

Also present for the opening of the space were: President of the Morvant Central Community Council, Jesse Daniel and Member Joanne Cutting, as well as from the San Juan/Laventille Regional Corporation: Andy Alleyne, Engineer and Damian Henry, Assistant Engineer.