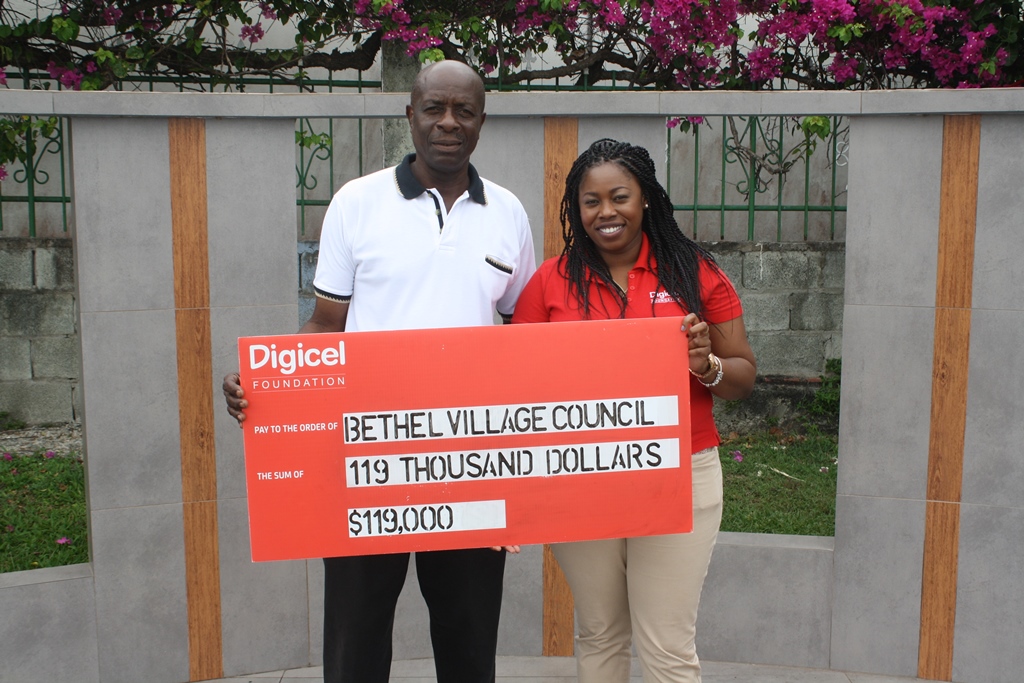 Bethel has set out to honour the extraordinary contribution made by members of its community through the construction of a monument in the village – which will feature engraved plaques with the names of community heroes. The initiative is a collaboration of the Bethel Village Council and the Citizen Security Programme.

The project which is being undertaken to build community pride is being contributed by the Digicel Foundation project through their EPIC (Extraordinary Projects Impacting Communities) grant scheme. The Village Council believes that the monument will regenerate a sense of togetherness in the community.

Digicel Foundation Senior Project Officer Cindyann Currency met with Mr. Cloyd Williams, President of the Bethel Village Council in March, to present a cheque of $119,000 to begin the partnership. The funding will not only be used for the completion of the monument but also to outfit the Community Centre’s Administrative office.

On receiving the cheque, Mr. Williams expressed his gratitude for the funding and stated “We are happy to build private sector relationships and we’re looking forward to working with the Digicel Foundation in further developing Bethel.”

The Digicel Foundation’s EPIC programme in partnership with Strictly FX, Rene Sound & Vision and Vantage View was launched last year. The Programme encourages representatives of non–governmental, community and faith based organisations to put forward proposals for the refurbishment of indoor and outdoor community spaces, with the aim of enriching the lives of those communities.