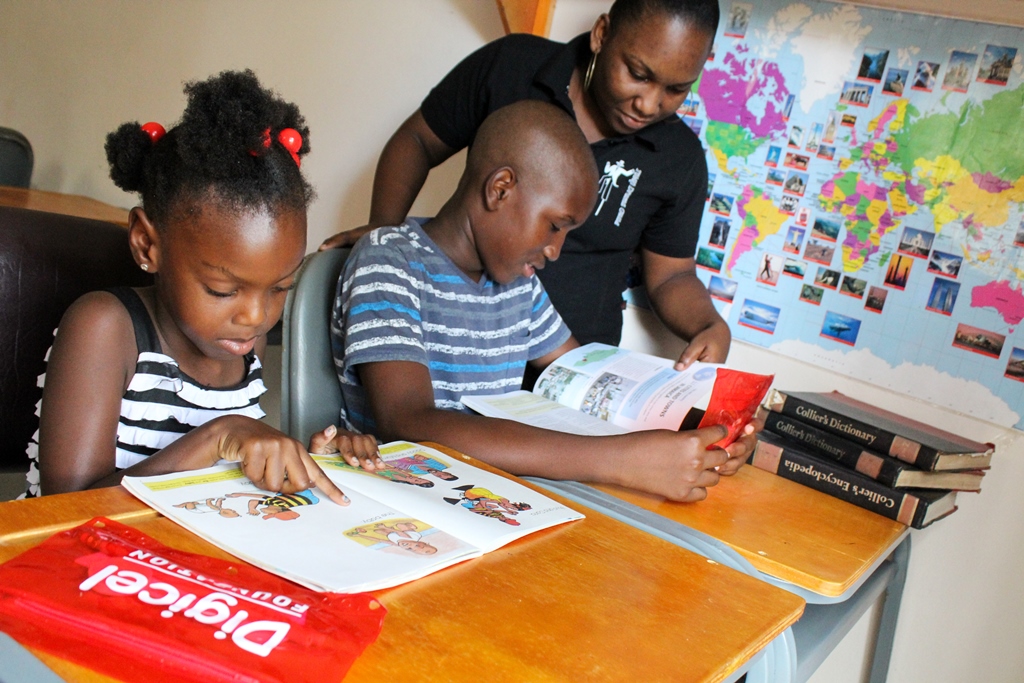 TUESDAY MARCH 7 2017:  PORT OF SPAIN, TRINIDAD AND TOBAGO - After partnering with Digicel Foundation and receiving an EPIC grant last year, the Golden Lane Community, has used their funding to make their youth group more accommodating and sustainable for the future.

The Youth Group had used the funds to purchase a computer, multimedia equipment and chairs, complete cubicles and install shelves in the kitchen to create a ‘Tuck Shop’ as a way of sustaining its initiatives.  They also carried out some outdoor landscaping.

On Sunday March 5 2017 during a visit to the Community Centre, Digicel Foundation Senior Project Officer, Community Development, Cindyann Currency met some of the community children using computers to do assignments, reading from the wide collection of books and playing board games.

As a result of the Digicel Foundation EPIC initiative, the youth who frequent the space are now better accommodated as they have access to upgraded computers and multimedia equipment.  The group also received 12 months free Digicel Play broadband internet which will assist with plans for training and development through movie nights and personal development workshops.

Plans are also in place for completing a Community Mural for the youth space during the Easter vacation.

The Golden Lane community tradesmen must be congratulated for providing most of the labour for preparation of the space.

The EPIC programme which was launched in March 2016, encourages representatives of non–governmental, community and faith based organisations to put forward proposals for the refurbishment of indoor and outdoor community spaces.

The aim of this initiative is to find meaningful projects throughout Trinidad and Tobago that would enrich the lives of those in the communities.

Other partners in this initiative include: Strictly FX, Rene Sound & Vision and Vantage View.