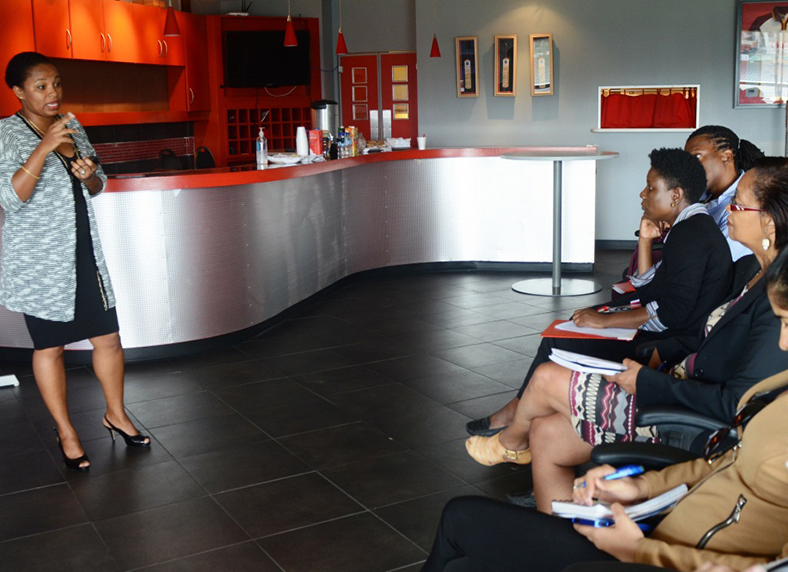 As we move more and more towards an inclusive society, reporting and addressing persons with disabilities is becoming a norm. To do this in an accurate and respectful manner is something that we as a nation must now pay attention to especially since Trinidad and Tobago ratified the United Nations Convention on the Rights of Persons with Disabilities (PWDs) last year.

On Wednesday March 16, the Digicel Foundation in association with the National Centre for Persons with Disabilities (NCPD) hosted its first media workshop on the topic of Disability Etiquette - Addressing and Reporting on PWDs. Journalists from several media organisations: print; broadcast and online turned out to participate.

Sonia La Maitre Jackson, Human Resource Consultant at NCPD, facilitated the hour long workshop during which she gave the journalists key pointers on interviewing and writing for PWDs. Media was extremely receptive and even shared their personal experiences dealing with persons with disabilities.

Digicel Foundation indicated that they would look into continuing ventures such as the workshop for media, as the NCPD also voiced their willingness at the continued partnership. Organisations interested in Disability Etiquette are encouraged to contact the NCPD at 653.4894.

La Maitre issued a call to action as the workshop came to a close challenging media present to be the champions for PWDs as we move forward. She noted, “the power of change lies in the pen to influence the way we as a society think, act and interact with PWDs.”