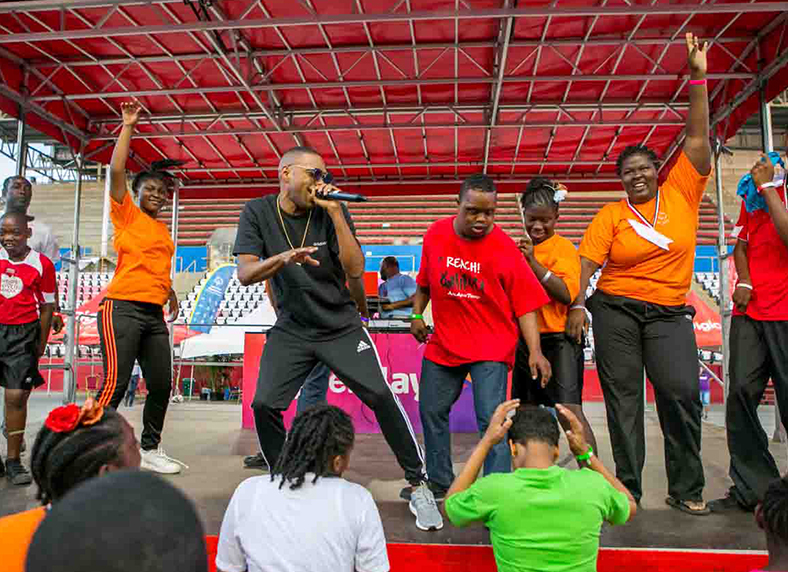 The races, medals, games and glory of the 34th Special Olympics National Games all culminated in an entertainment packed concert at the Jean Pierre Complex on Saturday March 12.

The concert gave the hard working athletes, coaches, board members, volunteers and supporters an opportunity to relax and be entertained by some of this country’s finest artistes.

One of the most motivating performances for the evening was an interpretive piece performed by Raymond Edwards and Mahalia of the Lady Hochoy Vocational School to Josh Groban’s “You Raise Me Up”.

The Law Enforcement Torch runners, who began their journey earlier that day in San Fernando, created quite a stir when they entered the Jean Pierre Sports Complex carrying the Special Olympics Torch of HOPE.

The day’s activities were brought to an end by the lighting of the symbolic cauldron; a flammable replica of the Special Olympics emblem, which was carried out by athlete Abdel Mohammed of the National Centre for Persons with Disabilities (NCPD).