FROM WAR SHELTERS TO INFRASTRUCTURE 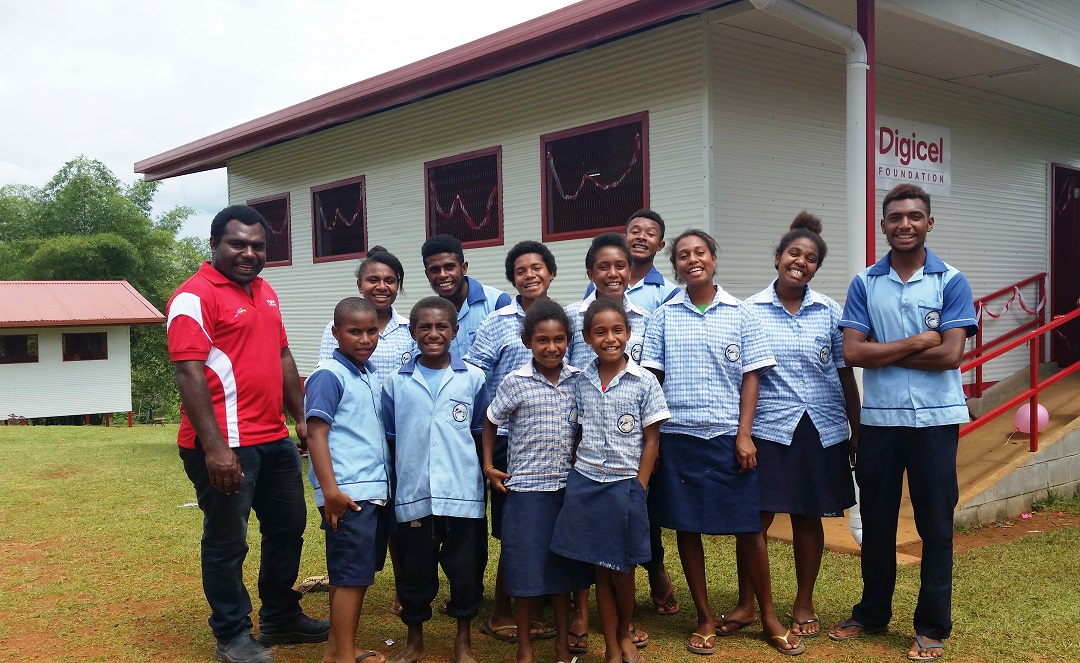 Bisiatabu Primary School, nestled high on the mountains of Central Province’s Sogeri plateau, are the recipients of a brand new library funded by Digicel PNG Foundation at a total cost of K165,000.

Following Digicel PNG Foundation’s initial investment of a double classroom structure in 2014, the Bisiatabu School and community, with the support of the Seventh Day Adventist Church Education Agency, have built a staff house and are in the process of completing an additional double classroom to cater for their increasing enrolment numbers.

“The key things we measure for our project reward initiative is community ownership, good governance, improved attrition, increase enrolments and better output. It is a encouraging to see communities contribute to the transformation and growth of their school. Bisiatabu’s significant progress over the past two years has been inspirational and it has been a full community effort – from mothers digging new toilet pits to fathers clearing land for new classrooms.” said Foundation CEO, Beatrice Mahuru.

The classes are conducted in old buildings which were once used as care centres by the Australian soldiers during World War 2.

“Bisiatabu Primary is Papua New Guinea’s first SDA church established school. The classrooms are very old and we have been trying to replace them but all these plans need finance and we thank Digicel Foundation for our double classroom in 2014 and now our Library. You have been sent by God to answer the prayers of the students, the teachers, board and the community,” said an emotional Head Teacher Roger Zega.

Sharing similar sentiments were shared by Community Representative, Bagua Watti, who said the current student were lucky to have such great infrastructure compared to when he was a student. He challenged the students and the school community to continue to appreciate and look after the facilities so that the next generation can also enjoy the facilities.