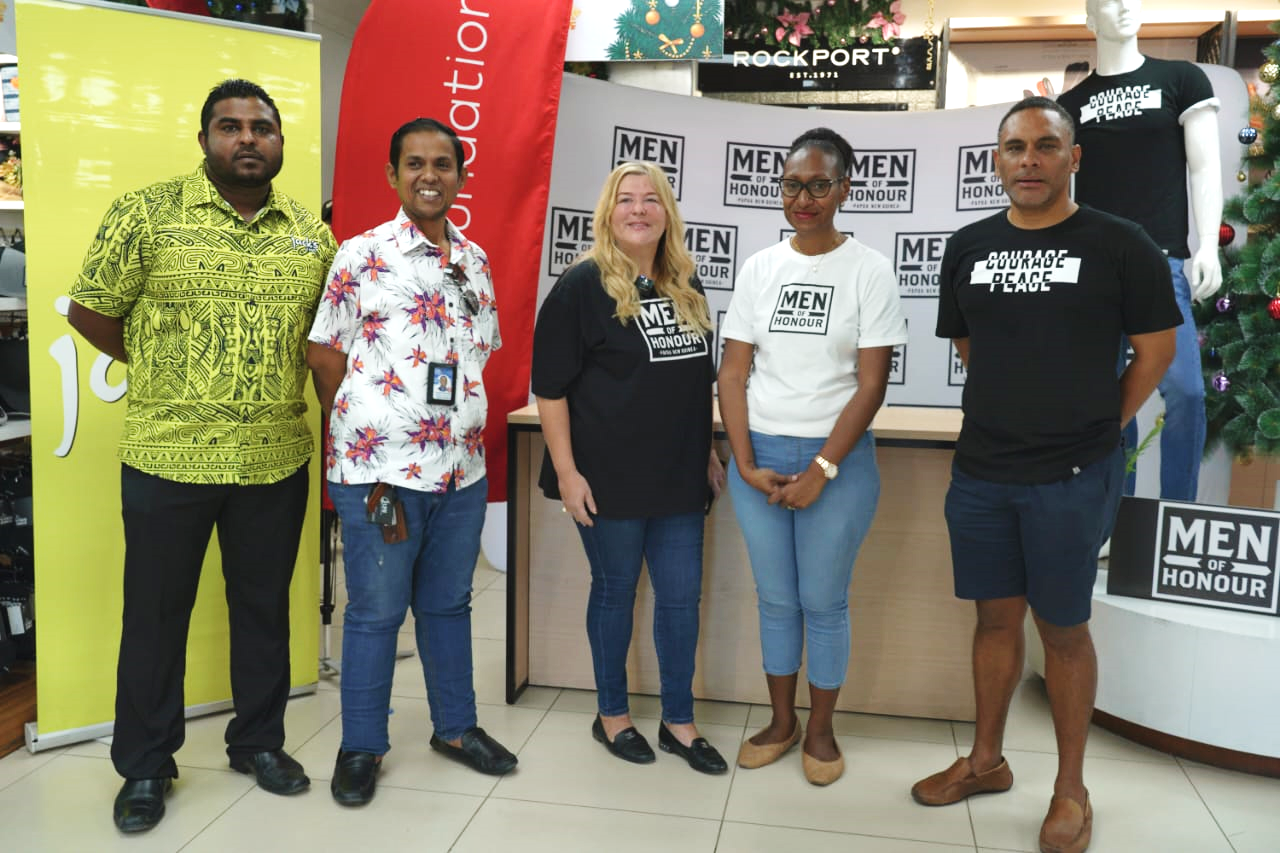 Saturday 26th November 2022, Port Moresby, Papua New Guinea || PNG has some of the highest rates of violence against women in the world. To address this problem, Digicel Foundation has been running the Men of Honour Campaign that aims to break the cycle of violence by focusing on men in communities who are working to build peace. The campaign recognizes ordinary men who are doing extraordinary things for their communities in maintaining peace and eradicating violence.

In line with the 20days of Activism, Digicel Foundation kicked off its Men of Honour Roadshow at the Jacks of PNG at Waigani Central on Saturday 26th November from 9am to 2pm. The event included the announcement of Digicel Foundation’s partnership with Jacks of PNG. With a signed Memorandum of Understanding in place, the Jacks of PNG will now be the sole retailer of all Men of Honour merchandise. The roadshow also provided an avenue for the public to get more information about the Men of Honour Campaign and what other partners are doing through the information booths set up.

Digicel PNG Foundation CEO Serena Sasingian was delighted to announce the partnership between Digicel Foundation, CPL and Jacks of PNG.

‘’I would like to acknowledge and thank the team from Jacks of PNG for supporting Digicel PNG Foundation, taking this step forward through your retail distribution mechanism to help us get merchandise for the Men of Honour Campaign out there into communities.’’

‘’Men of Honour has been part of the Foundation since 2015. We fund this to drive change right throughout Papua New Guinea. We know that domestic violence and violence overall is an issue, and it’s not something that we can run away from. It’s about facing it head on and coming up with different solutions.’’

This partnership and launch was welcomed by CPL Group General Manager Nazar Shaffee;

‘’As a brand, we’ll be taking it forward. We’ll make sure that the launching will be in two phases; first being the round colar t-shirts that’s being launched now, and there’s going to be more clothing line with the brand that will be released in the next couple of weeks.’’

For starters, the shirts will be sold at the Waigini Central and Vision City outlets, and very soon it will be across the nation in all Jacks of PNG outlets.

What does it mean to be a 'Man of Honour'? Having the courage to stand up for what is right; being a voice for the vulnerable; helping to create opportunities to make the world a better place. Men of honour build stable and happy homes, communities and in turn a strong nation.

By awarding these men through the Men of Honour Awards, Digicel Foundation helps to shine the light on the work they have been doing and have given them a platform to be seen as role models for the next generation to follow.

Awards will be given to four men from each region. To date, the campaign has supported a total of 95 male champions who are agents of change.

Nominations are now open until February 3rd 2023; click here to get a nomination form: https://bit.ly/3zn2902