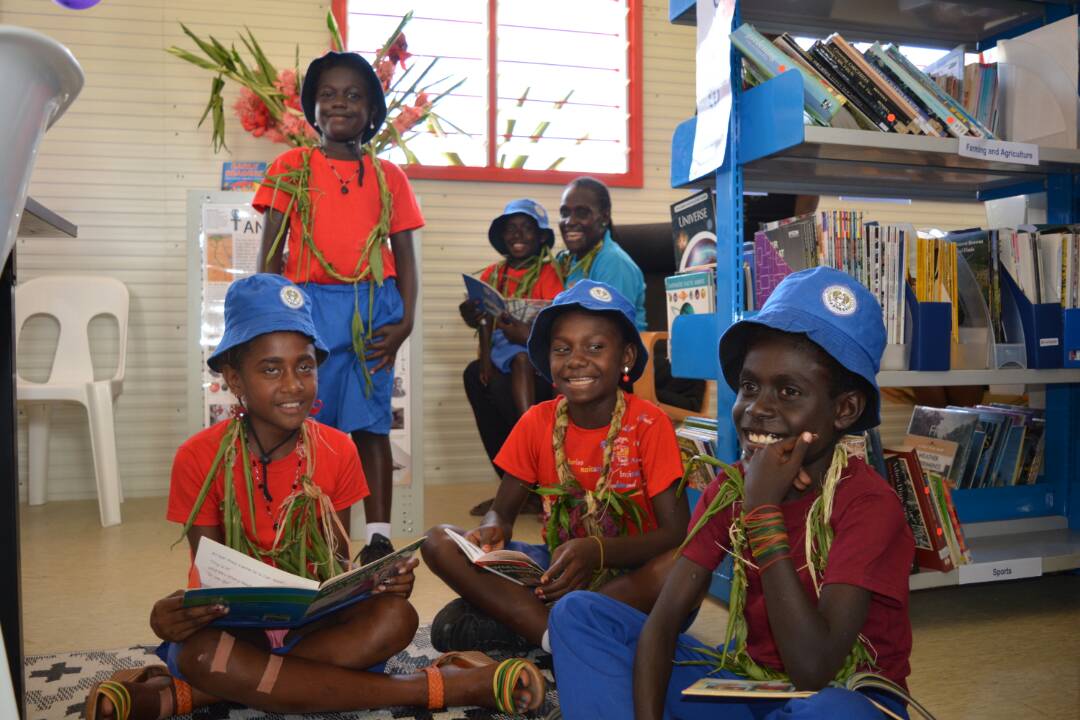 Tuesday, 26 September 2017– Buka, AROB || The Unity Library of Buka Association opened a new library today much to the delight of its two thousand plus members.

The library is part of the Autonomous Bougainville Government’s (ABG) Education Infrastructure Project Rollout and was funded by the Australian Government through the Department of Foreign Affairs & Trade (DFAT) and project managed by Digicel PNG Foundation.

Built at a cost of K165,000 the library comes fully kitted with desks, chairs, book shelves, air conditioning, connection to the main power grid as well as five desktop computers for electronic cataloguing and students’ use.

The completed library marks the achievement of a huge milestone for the ULB Association which had its humble beginnings from just one box of books. The library now contains over 6000 reading materials available for lending to students, adults and the general public.

“The Association started off with only one box off books. We have come a long way to receive this incredible learning center. We are very excited and grateful to DFAT, ABG and Digicel PNG Foundation for sharing this vision with us and delivering this great infrastructure,” Unity Library Vice President, Robert Anisia said.

The ABG Vice President, Raymond Manoso, and ABG Education Minister, Thomas Pata’aku also attended the event and said the library will be a vital resource for young people to utilize and complement their learning.

Nicola Simson, Second Secretary for Development Cooperation (Education) at the Australian High Commission, said the project was proof of a successful partnership.

“The Australian Government is happy to be assisting Papua New Guinea by partnering with Government stakeholders and other development partners such as Digicel PNG Foundation to bring such services to the people. The launch of the Library is a successful example of the long-term partnership Australia has with Papua New Guinea and ABG and there are other education projects and program that are underway,” Simson said.