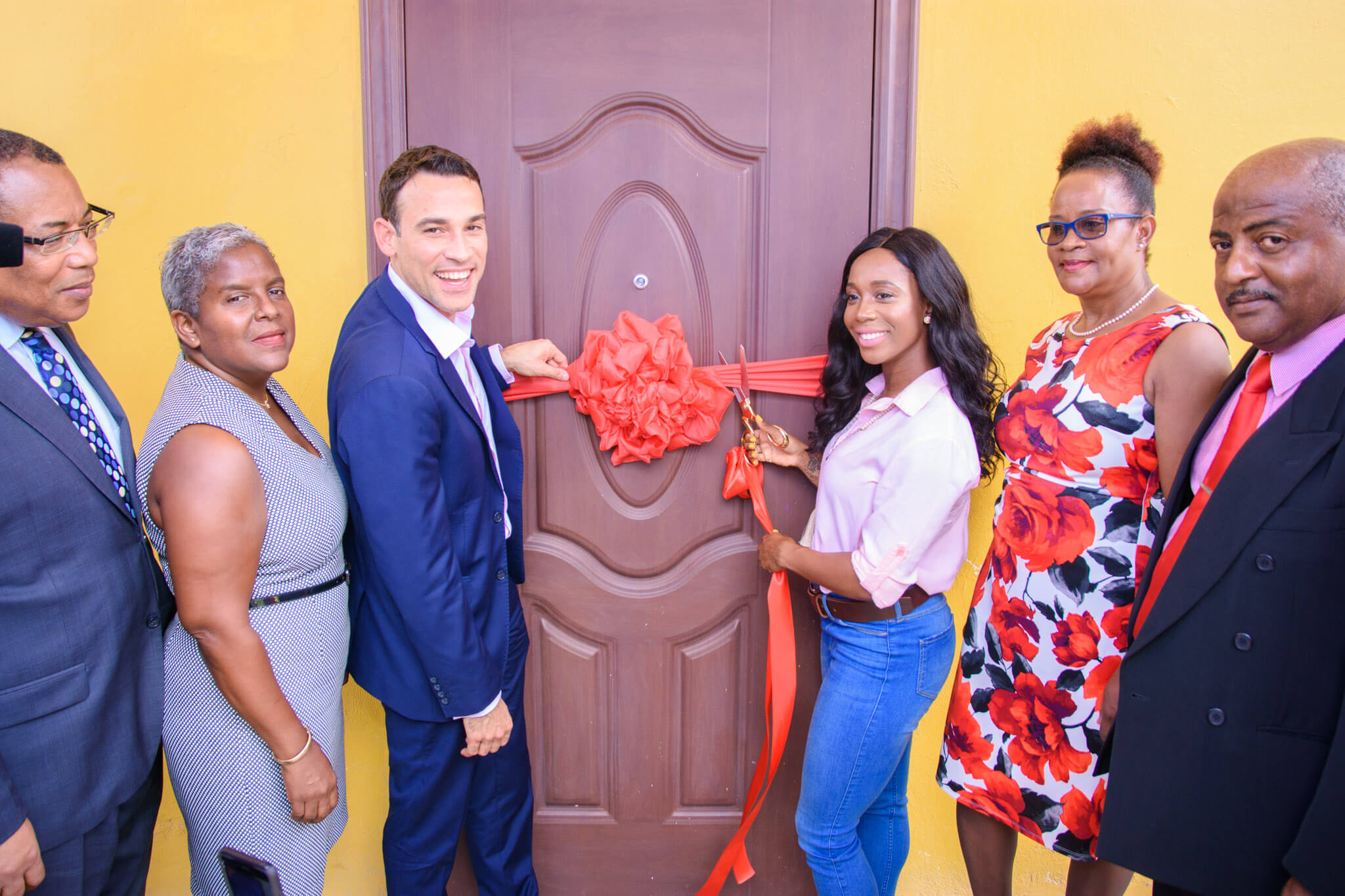 Kingston, Jamaica – 15 May, 2018: At least 400 young people in Kingston’s Waterhouse community will benefit from the newly refurbished Shelly-Ann Fraser-Pryce Resource Centre, opened on May 15.

The facility will significantly boost learning and skills opportunities for young residents, offering training in baking and pastry-making, information technology and sewing. The $5.7 million-dollar upgrade courtesy of the Digicel Foundation, also includes a multi-purpose court for basketball and netball.

The Resource Centre was renamed in honour of the Olympic champion by the church she attends - the Penwood Church of Christ - which is adjacent to the facility. Resource Centre Manager and Church Elder Raphael Walker expressed appreciation for the upgrade, pointing to the dilapidated state of the building before the Digicel Foundation’s timely intervention.

“We feel very good about it,” noted Mr. Walker. “The transformation that this building has taken has been remarkable. Not to mention the lives that have been impacted. I have no doubt that with this transformed facility, even more lives will be transformed,” he added.

Renovations to the existing building included redesigning; bathrooms; tiling; installation of drywall partitions; painting; electrical works; the extension of the multi-purpose court; and the erection of a perimeter fence.

Elder Walker noted that church members have always been involved in the Resource Centre. He explained, “They and other volunteers help out at the Homework Centre, and instruct in baking classes, among other supportive activities.”

Fraser-Pryce noted that she “stays connected” with Waterhouse, which “will always be home,” although she no longer lives there. She continued, “Given my level of commitment to the community and the church, it means a lot to be given this honour and legacy,” added the champion sprinter, who also spearheads a number of local sporting and other activities to promote peace and wellbeing in the community via her Pocket Rocket Foundation. She also hopes to provide academic scholarships in the future.

Acting Chief Executive Officer of the Digicel Foundation, Karlene Dawson, said, “We are delighted to support Mrs. Fraser-Pryce who is already giving back to her former home in such a positive way. Our mandate is to help build self-sustaining communities. We are confident that with Shelly-Ann’s energy and spirit behind it, the Centre will become a vital hub for young residents.”

“Through our Foundation’s focus on education, special needs and community development, we aim to positively impact key markers of social and economic development. This is why we place so much emphasis on upskilling people so that they become empowered to help themselves, their families, and then their communities”.

“Jamaica has given so much to Digicel over past 17 years, and it is our privilege and pleasure to again be able to give back to the country in this way,” he added.

Fraser-Pryce added, “My hope is that opportunities can be created for unemployed adults to develop skills that will allow them to generate some form of income to provide for themselves and their families.”

“Times are hard. Funding for initiatives such as these is extremely limited, so I’m tremendously grateful to Digicel Foundation for this restoration of hope for the community,” said Fraser-Pryce. “I want to appeal to all those who use the Centre to exercise respect and care, so it will not only benefit them in the short term but also future generations long after.