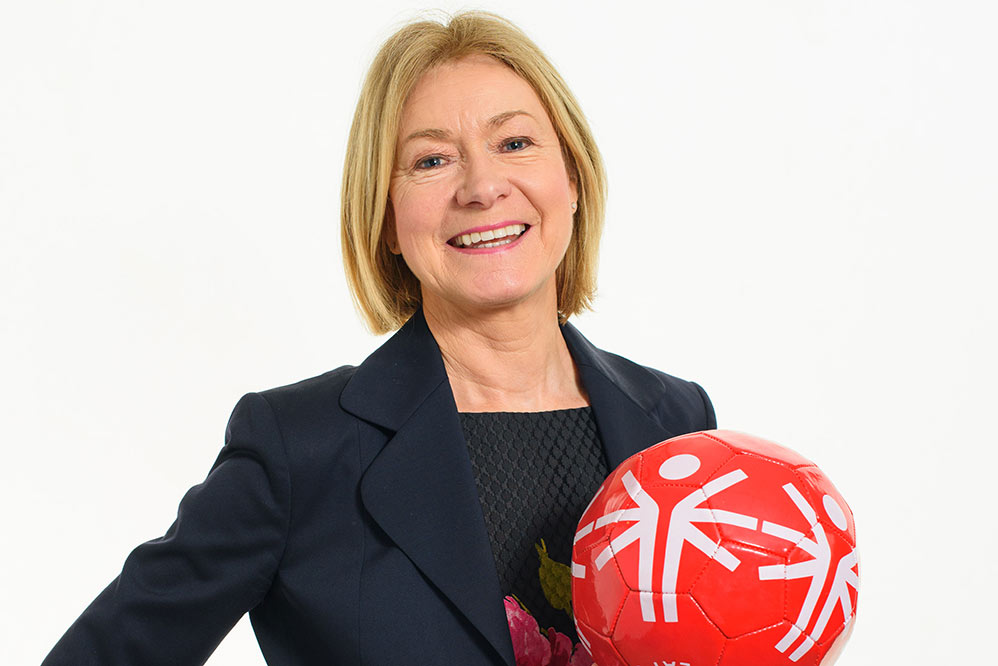 Jamaica will welcome the CEO of Special Olympics International Mary Davis next month, Autism Awareness Month. This is the Irish-born CEO’s first visit to Jamaica, through a partnership with Digicel Foundation Jamaica, in the 40th anniversary year of the Special Olympics.

During her visit, she will participate in Special Olympics Jamaica activities and engage with special needs organisations. Her visit from April 10-12 will also coincide with the Law Enforcement Torch Run held annually by the Jamaica Constabulary Force, as they join Police personnel the world over to raise funds for Special Olympics.

“We are extremely excited about Mrs. Davis’ visit,” said Executive Director of Special Olympics Jamaica Lorna Bell. “She will be able to witness first-hand projects such as our Young Athletes Programme. It’s also important for local partners to understand the value of our sustainable, ongoing development work."

She continued: "We will invite Pembroke Hall Primary School to participate in a unified game (that is, including those with and without special needs) of Bocce with four children’s homes. We will be showcasing the concept of unified competition to Mrs. Davis.”

The unified Bocce game will take place at the Special Olympics Multipurpose Court at Independence Park, National Stadium, which was donated by the Digicel Foundation in 2015.

Ms. Bell also hopes that Mrs. Davis will be able to start the Law Enforcement Torch Run on April 11, alongside the Commissioner of Police.

Mrs. Jean Lowrie-Chin, Chair of Digicel Foundation Jamaica, said the visit formed part of the Foundation’s mandate to assist the special needs sector in general. “We look forward to Mrs Davis' presence at the opening of the Centre of Excellence for children with special needs in Lyssons, St. Thomas, the 10th special needs school, built by the Digicel Jamaica Foundation,” she noted. “The Foundation will also be sponsoring an engagement with representatives of organisations supporting individuals with intellectual disabilities to gain insights from her during her stay. We anticipate that she will bring the message of inclusion to Jamaica, so critical for these communities.”

Chief Executive Officer of the Jamaica Association for Intellectual Disabilities (JAID) Christine Rodriguez welcomed Mrs. Davis’ visit, which she said would help raise awareness and a deeper understanding of autism in Jamaica. “We really need to focus on the families of autistic children. JAID is seeking to provide greater support and guidance, so that parents can develop stronger relationships with autistic children.”

As head of the world’s largest global and grassroots movement for the empowerment of people with intellectual disabilities, Mrs. Davis was instrumental in building a truly global movement, as CEO of the first Special Olympics World Summer Games held outside the U.S. - the 2003 Games in Ireland. Special Olympics Jamaica, which has achieved outstanding results in recent years, is looking forward to participating in the 2019 World Summer Games in Abu Dhabi, United Arab Emirates next March. Jamaica will also be the only Caribbean country to participate in the Special Olympics’ 50th anniversary celebrations in July in Chicago, with a unified football team.

Mrs. Davis leads an international team of more than 250 professionals at headquarters and 7 regional offices, who support programmes in 172 countries. An activist by nature (she served in Irish politics from 2004 and was a candidate in the 2011 Presidential Elections) her leadership focuses on addressing apathy, injustice, intolerance and social isolation. She seeks to encourage and empower people with intellectual disabilities to be productive citizens in their communities, creating a more welcoming and inclusive society for all.