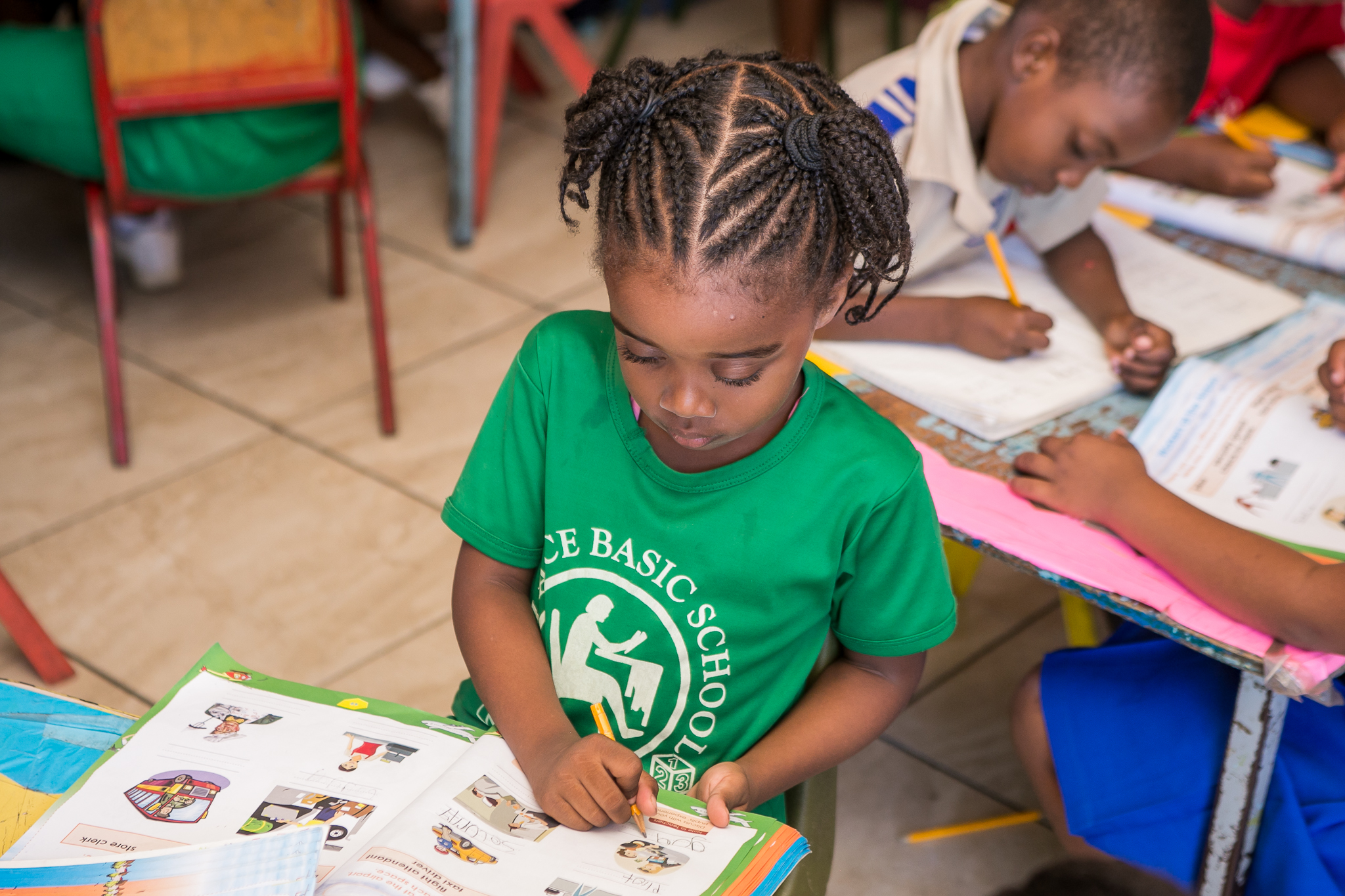 The students and teachers of the Reliance Basic School in Braeton, St Catherine are now benefiting from a promise kept by 2017 Digicel Rising Star, Akeem ‘Short Boss’ Smith and one step closer to achieving required government standards.

The basic school was chosen by Short Boss to benefit from a Digicel Foundation grant. The grant valued at $1.5 million formed part of his overall grand prize of last year’s talent show. Smith, whose daughter attended the school, used the funds to undertake erecting a perimeter fence around the entire building, among other improvements.

Although the school’s location provided convenience for its students from Braeton and other surrounding communities, the lack of perimeter fencing allowed for persons to freely walk through the compound, posing a serious safety risk for students and teachers. According to Smith, installing a perimeter fence was a top priority for him. “Now that the fence is up, I feel a lot better knowing the children are safe. I was worried about the kids running out into the street or people just walking through the school yard. I don’t need to worry about that now,” Smith said.

Principal Judith Royal Gardner says the fence will provide a safer environment for students. “We are overjoyed. This fence provides complete security for the staff and students. It also enhances our school and makes it more conducive to learning so we are most grateful,” Gardner said. “We want to thank Short Boss and Digicel Foundation for thinking about Reliance Basic School,” she added.

Gardner is hopeful that the improvements will help the school take them a step further in obtaining certification from the Early Childhood Commission (ECC), an achievement they are currently working towards.

This certification process requires early childhood institutions to fulfil the criteria set under the ECC’s standards, which relate to health, safety and educational quality, including teacher qualification certificates. To be fully certified, schools must also undergo an extensive inspection activity.

The school has been serving the Portmore community since 1988 and currently has 48 pupils on roll.