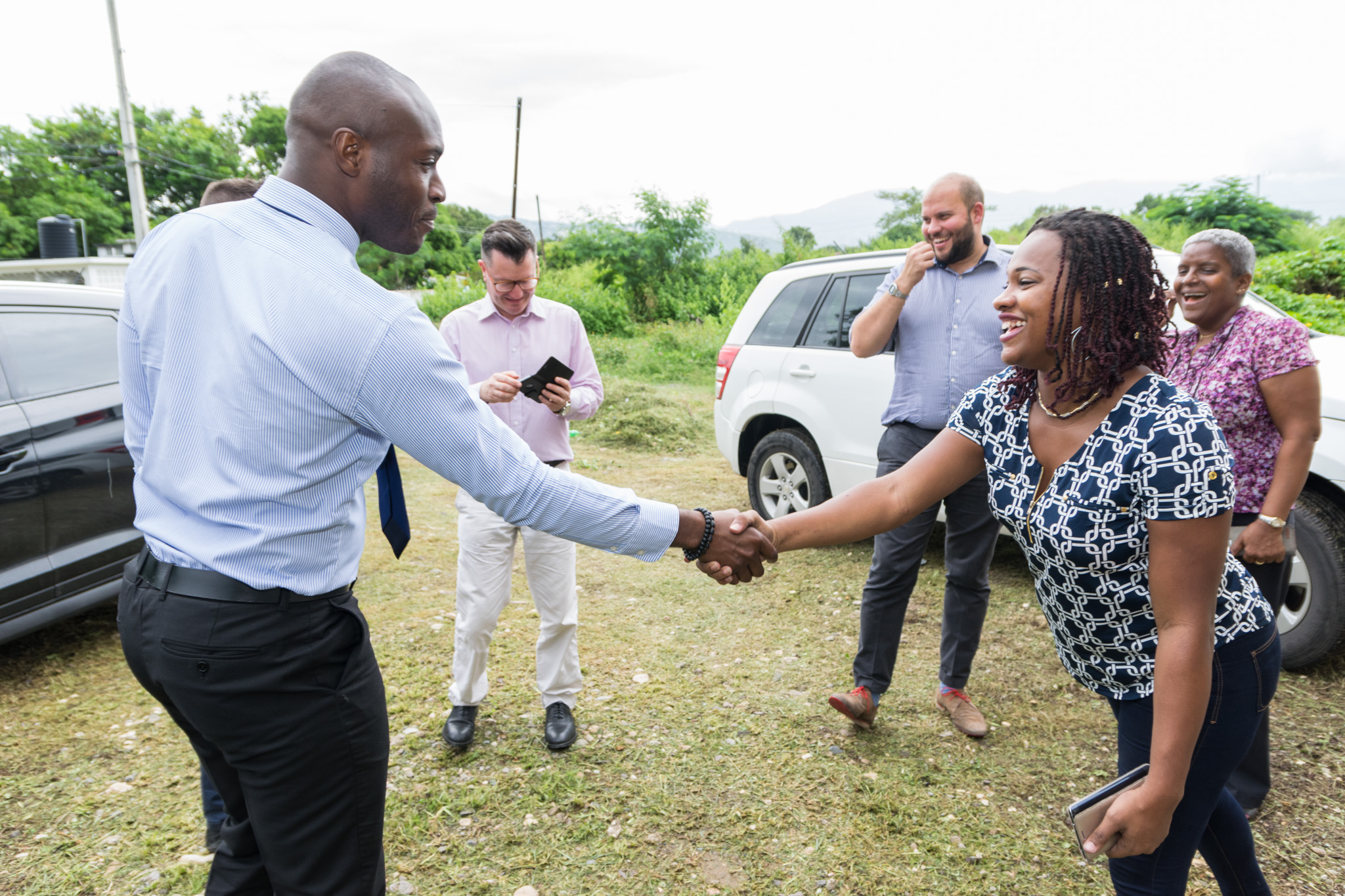 The Forward Step Foundation is striving to make a difference in the municipality of Portmore, St Catherine.

Founded ten years ago by Gregory Park resident Miguel “Steppa” Williams, the foundation is now benefiting from the support of Digicel Foundation, which received a grant of US$1.2 million over two years to expand its work in social enterprise development through the Queen’s Young Leaders Programme.

The funding has already assisted the Forward Step Foundation in building its own headquarters and reducing overhead costs. The group now has an eventual aim of renting space for events. The funds provided through Digicel Foundation have also enabled Forward Step to move ahead with its media training programme, and to purchase the necessary equipment for the recording studio and digital editing programme. The Foundation, which hosts its own lively YouTube channel, Di Streetz TV, focuses on the arts and culture as keys to development.

Training is already taking place in several other areas, including carpentry and landscaping. Workshops on television presenting and graphic design are planned. An important aspect of the Foundation’s work is teaching life skills at every training workshop; these sessions relate to building self-esteem, confidence and teamwork. With these funds, the Foundation aims to boost its crafts and manufacturing training programmes. The new training will directly impact over fifty young people ages fourteen to thirty years old, and involve about 500 other community members.

Project and Social Enterprise Manager Latoya Fry says the Foundation’s purpose is to offer hope and “open more doors” for youth at risk, through skills training, which has led to the establishment of self-sustaining social enterprises. Funds raised through these youth-led businesses help the Foundation implement its projects and ensure sustainability. Fry emphasizes the “awesome” support of the Jamaica Business Development Centre (JBDC) and Social Development Commission (SDC) over the years.

Latoya Fry is particularly proud of a group of 15 – 20 youth, who have moved up through the organisation. “We’ve seen so much growth in them,” she says. “They have had a positive impact on other youth. They have become trainers, facilitators, motivators. They are leaders, who attract other young people to follow them.”

The Forward Step Foundation values partnerships, working with several government agencies and non-governmental organisations. These include Youth Crime Watch of Jamaica, USAID’s COMET II and National Integrity Action (NIA). The Foundation considers community members as important collaborators. “We want to get them involved in every project,” says Fry. “We hold meetings and consult with them.” The Foundation organized a Peace March, has an ongoing recycling project and came second in COMET II’s recent “Operation Clean Sweep” community clean-up competition. There are plans to work with Gregory Park Primary School in teaching crafts.

CEO of the Digicel Foundation Dane Richardson notes: “We are very pleased to be involved in the Queen’s Young Leaders Programme, which helps build youth leadership through social enterprise. Forward Step creates opportunities for unattached youth who did not benefit from a high school education. I hope it will continue to build and uplift the Gregory Park community.”

The Queen’s Young Leaders funds are intended to assist young people in inner-city Kingston communities to start their own businesses with the support of community-based groups. Award winners will receive a year-long tailored package of online-learning, mentoring and networking, and will participate in a one week residential programme in the UK, during which they will receive their Award from Her Majesty The Queen.

“Miguel Williams wanted to give back to his community,” says Latoya Fry. “As for myself, I was once like these young people. I understand where they’re coming from, and I want to help.”