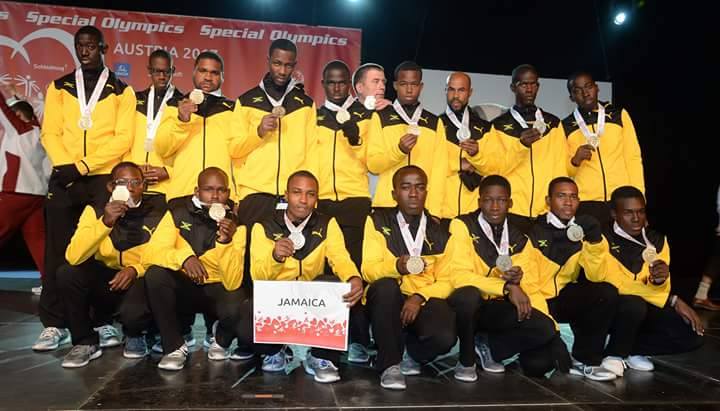 Kingston, Jamaica – 0ctober 3, 2017: Beyond running a personal best time or getting painted in the ‘Fun Zone’, participants in the 2017 Digicel 5K will also be making a big investment in Special Olympics Jamaica (SOJ).

The sports organisation stands to benefit once again from a share of the contributions made by all participants in the annual race. Last year, the SOJ invested its share into several development programmes, including  the Digicel NBA Jumpstart Basketball Camp at G.C. Foster College in August, that helped to get 60 boys and girls  ready  to compete in the 2019 Special Olympics World Summer Games in Abu Dhabi (March 14-21).

The athletes’ overseas performances and high profile at international meets has resulted in their growing confidence in several sporting arenas. Through funds received from the 2016 Digicel Foundation 5K, SOJ sent 25 athletes to the World Winter Games in Austria in March. They won three gold medals, one silver and one bronze – Jamaica’s biggest medal haul to date in Special Olympics. The experience was character-forming, as they competed in cold conditions that they were not accustomed to.

The organization’s hectic year is not over yet. On November 3-4, SOJ will conduct the training and screening of sixty new under-12 athletes from Manchester and St. Elizabeth at Treasure Beach Sports Park, co-sponsored by Digicel. The Special Olympics’ Unified and Under-15 teams will also compete in the annual football competition.

“We are so thankful to Digicel Foundation,” Ms. Bell stressed. “If we never had the support, with funds from the 5K Run, our athletes would not have been able to achieve so much.” The Digicel Foundation will be hosting its sixth annual run this Saturday, October 7 in downtown Kingston. Persons can sign up at runningeventsja.com.