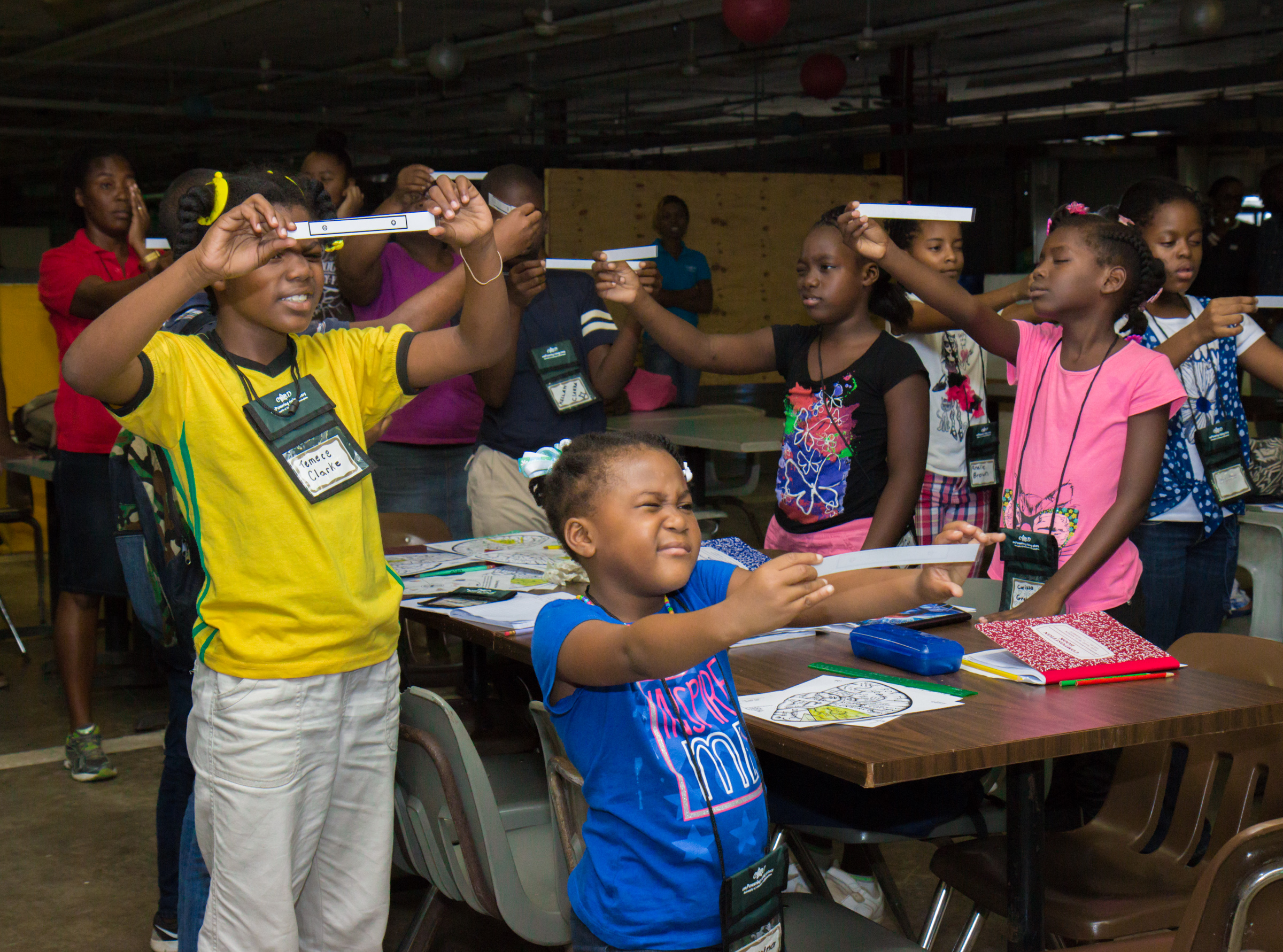 Lucea, Hanover – Tuesday, August 16, 2016: Up to 200 students in western Jamaica are spending their summer holiday learning robotics, creating things that can do whatever they imagine.

Robotics is now being offered as part of a wider scope of learning options at the Summer Knowledge Donation Camp being held August 10 – 26, 2016 at the Jockey Factory/Bioprist Knowledge Park in Lucea, Hanover. Robotics is the branch of technology that deals with the design, construction, operation, and application of robots.

The camp is a partnership between the Digicel Foundation and Bioprist Knowledge Parks (BKP  The Foundation is assisting by providing students with innovative tools to stimulate curiosity and improve their performance during the programme.

Six mobile labs equipped with state-of the art scientific equipment have been provided by the Foundation to support this the second staging of the event. Designed for students aged 10-15 years and their teachers,  the three-week camp is the brainchild of Dr. Guna Muppuri, CEO and President of BKP, in partnership with the University of Alabama at Birmingham (UAB) Centre for Community Outreach Development (CORD).

Under the theme ‘Partnering to Develop Promising Young Scientists Globally‘, Dr. Muppuri’s mission is to empower promising students who do not usually have the opportunity to attend a camp of this nature. To help acheieve this, students are not turned away due to lack of ability to pay the $2500 weekly fee.

In celebrating the partnership with the Digicel Foundation, Marsha-Lee Stewart, Assistant Marketing Manager, BKP, stated, “Dr. Muppuri’s invigorating vision and personality has fostered a strong foundation with our overseas partners, Digicel Foundation and other corporate citizens. Last year, students were exposed to a wide range of topics and the introduction of robotics is to expose them to other areas in this discipline. Ultimately, we want to partner with the government and the UAB to build a college at this site. The summer camp is to plant the seed for the developments that we want to put in place.”

Vice Chairman of Digicel Foundation, Joy Clarke said, “The Digicel Foundation is committed to enriching the overall learning experience through technology and innovation. We have provided mobile labs in 32 high schools across the island, and will introduce these labs to 18 additional schools by December 2016, thereby increasing the quality and quantity of resources for education in science, mathematics – and now robotics - at the high school level.”

The mobile science labs project, initiated in 2014, falls under the Digicel Foundation’s Innovation in Education portfolio. It is conducted in partnership with the Ministry of Education and the Clinton Global Initiative.

Digicel Group is a total communications and entertainment provider with operations in 33 markets in the Caribbean, Central America and Asia Pacific. After 15 years of operation, total investment to date stands at over US$5 billion worldwide. The company is renowned for delivering best value, best service and best network.

Digicel also runs a host of community-based initiatives across its markets and has set up Digicel Foundations in Haiti, Jamaica, Papua New Guinea and Trinidad and Tobago which focus on educational, cultural and social development programmes.