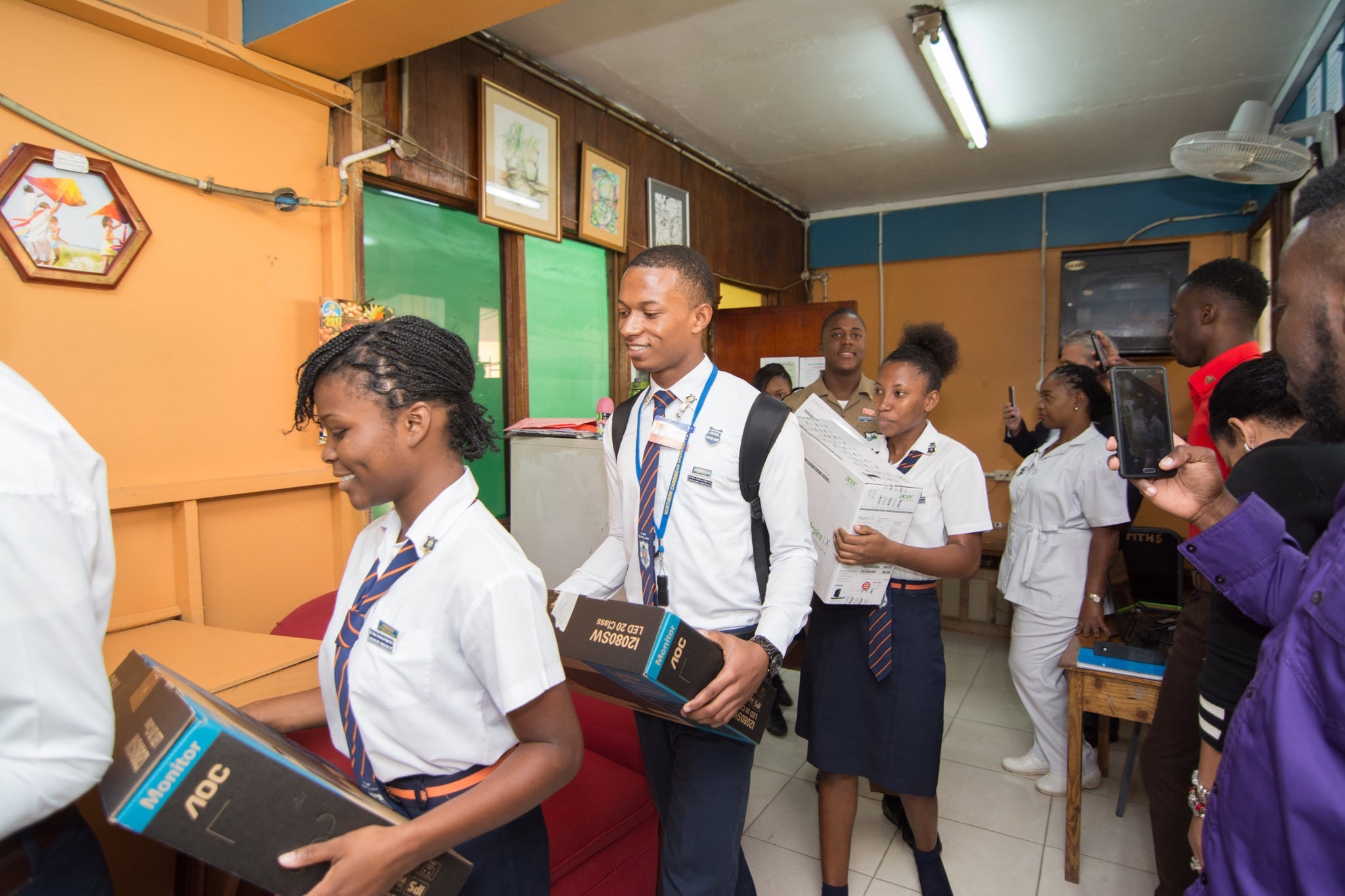 The campaign involved Digicel Jamaica staff members nominating community institutions who could benefit from the Foundation’s investment. Among the final selections was a nomination for the high school, which had suffered a devastating blow in June 2016, when the school library succumbed to a fire.

“You came to our rescue. We suffered a major fire which destroyed everything in our library last year; our books, computers, chairs and desks. This gift from Digicel Foundation is a dream come true because we have written so many letters to a number of corporate companies with no response,” shared school Principal, Glascine McCormack-Lazarus.

Since the fire, students preparing to sit CSEC examinations in Information Technology and Electronic Document Preparation and Management (EDPM) have had to share the use of one computer in the library if they did not have a personal computer at home.

Head boy, Sannejah Henderson, said “I know these computers will be very useful as students have to be typing their school-based assessments and trying to carry out research with limited access to a computer or internet. This is will have such a positive impact for all of us. We are really excited.”

The surprise presentation was made to the school during their general devotions on Friday as students returned from their Christmas holidays.

On hand to make the presentation was Foundation Board Director, Heather Moyston, who had high praises for the institution saying, “This school has been serving the parish with distinction for over half a century. It is an honour for our team to partner with the staff and students of St. Mary Technical High to build on their foundation of excellence.”

Since 2004 Digicel Foundation has invested over JMD$3 billion in communities island-wide, impacting over 580,000 Jamaicans.