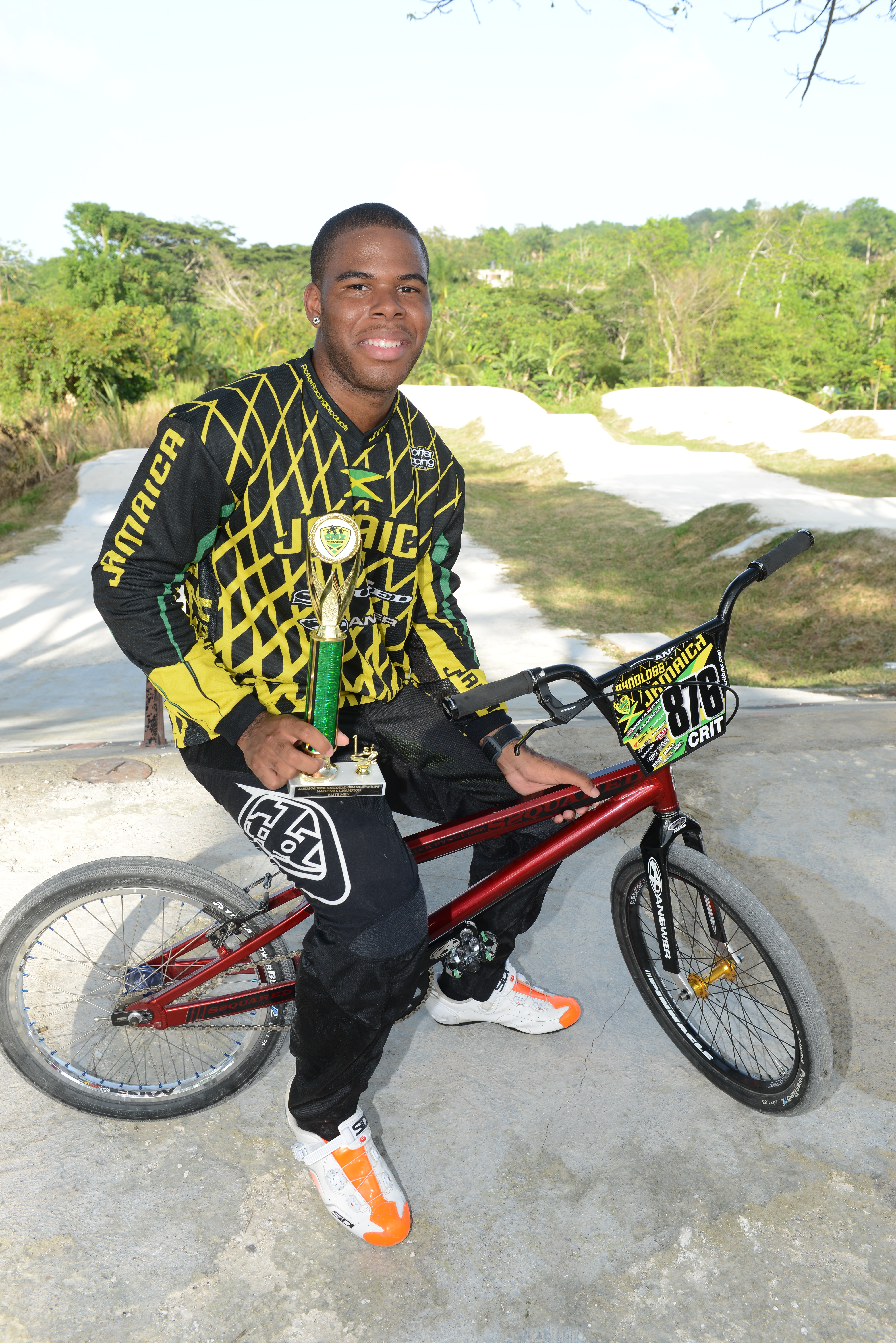 The 20-year old athlete was in top form as he sped around the Eden Park BMX Track in Oracabessa St. Mary. He was flanked by runner up Sanchez Hubbard and third place Garnet Lopez - both local riders. The elite race saw eight riders competing for the national title.

“It was a good day,” said Byndloss. “It was fun seeing all the children coming out to ride, they love this sport.” The newly dubbed Jamaican National Champion, who has been riding since he was 6-years-old, will be representing Jamaica in the upcoming 17th Pan American Games (Pan Am) set for Toronto, Canada this weekend.

Finishing his 2013 season as the Union Cycliste Internationale (UCI) number 6 ranked junior rider in the world, Byndloss – whose parents are Jamaican, switched his riding allegiance from the United States to Jamaica. The Pan Am Games will be his first competition representing the country.

“I am planning to do my best at Pan Am,” said the humble youngster. “I have been training every day.”

Byndloss was an inspiration to the 31 young riders aged 7 - 18 who competed in the challenge categories for national champion titles in the various age ranges. The young riders, a number of which were recently introduced to riding through the ‘Two Wheels, One Love’ school programme, showcased their mettle on the track.

“We did it!” said Gosse. “We have really started something here for this championship; this is a very important milestone for the history of BMX in Jamaica.”

The Eden BMX Track is the only BMX track in the English speaking Caribbean which received a boost from the Digicel Foundation last year when it was resurfaced to meet International standards.