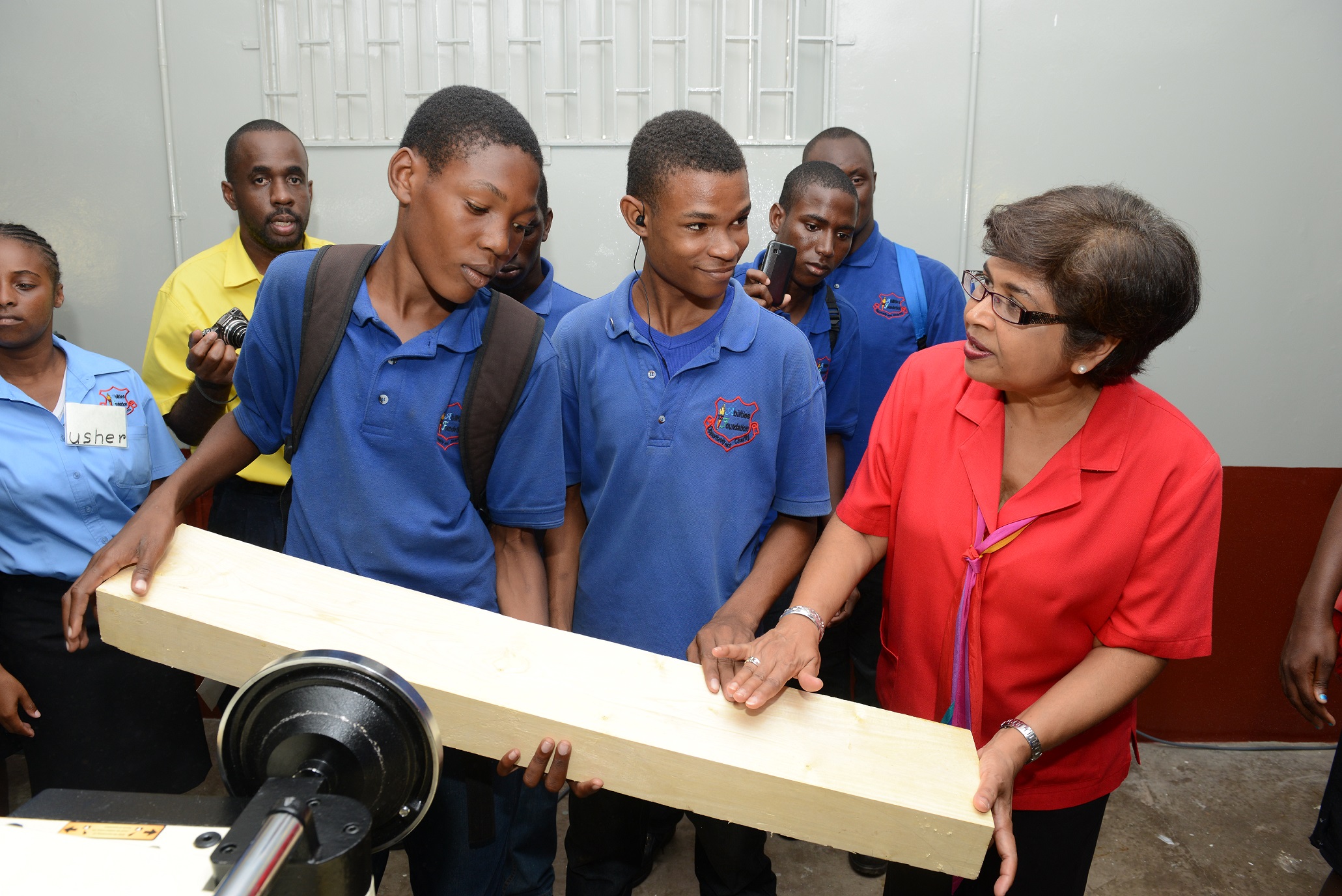 The Abilities Foundation may not seem a likely driving force behind the local furniture-making industry. But its recent modernisation and expansion is expected to play a role in the revitalisation of the manufacturing sub-sector. The organisation has doubled its capacity to train persons with varying disabilities to become skilled furniture-makers. It can now train up to 30 apprenticeships in a wider range of technical skills each academic year using new equipment and a fully outfitted facility, which was renovated through a partnership with the Digicel Foundation. The upgrades also gives the organisation the ability to regularise production of items ranging from wooden trays and jewellery boxes to shelving and other furniture items which have already ended up in retail stores. “This doesn’t just enable us to fish, or teach how to fish; it empowers us to revolutionise the furniture industry,” said Susan Hamilton, Managing Director of the Abilities Foundation. While not for profit, conservative revenue projections show the furniture department making multiples of what it generated in previous years. This will help offset operational costs and fund future expansion and training capacity. “The Abilities Foundation is inspiring all Jamaica by demonstrating that challenges and disabilities are no barrier for your ambitions,” said Jean Lowrie-Chin, Chair of the Digicel Foundation, which shares a commitment to enhancing the lives of persons with disabilities. Minister of Labour and Social Security, Agriculture and Fisheries Derrick Kellier, said he was hopeful that the renovation would be the stimulus for providing more meaningful opportunities for persons with disabilities, while speaking at the unveiling ceremony last Tuesday (November 26). “I am thrilled to hear about internships and employment gained in private sector companies, “ he said. The Abilities Foundation, which is celebrating its 22nd anniversary this year, offers HEART Trust/NTA certified vocational training to over 80 students with varying physical and intellectual disabilities in the areas of garment construction; furniture making; general office administration; ornamental horticulture; landscaping; and data operation.